Long Island brothers who own a Hauppauge-based toy company pleaded guilty Wednesday to capitalizing on the COVID-19 pandemic by hoarding millions of surgical masks and reselling them to Oklahoma at a 900% markup, federal prosecutors said.

Allen Goldmeier, 68, of Oyster Bay, and Steven Goldmeier, 64, of Plainview, each face up to one year in jail and a maximum fine of $10,000 after pleading guilty to hoarding of designated scarce materials, a violation of the Defense Production Act of 1950.

As part of a plea agreement with prosecutors, they must pay $1 million in restitution to Oklahoma before sentencing, which is scheduled for Feb. 8.

“The defendants selfishly sought to make millions of dollars in profits during an unprecedented public health crisis by hoarding and selling at exorbitant prices personal protective equipment that was desperately needed by the state of Oklahoma to protect the public health and safety, and save lives,” said Jacquelyn Kasulis, Acting U.S. Attorney for the Eastern District of New York. “This office will continue to do everything in its power to enforce the Defense Production Act and ensure that opportunists like the defendants are held accountable for their indiscriminate acts of greed.”

Anastasi Pardalis and Joseph Nohavicka, the Manhattan-based defense attorneys for the two brothers, did not respond to requests for comment.

In March and April 2020, just as the pandemic was beginning to spread across the globe, the Goldmeiers used their company, Millennium Products Group, to purchase millions of surgical masks from China for between 18 and 60 cents each, prosecutors said. The brothers then sold 1.2 million masks to Oklahoma, among other locations, at a price of $1.65 per mask, officials said.

The Defense Production Act, invoked in March 2020 by then-President Donald Trump, made it illegal to purchase medical supplies and devices that had been designated as scarce by the Secretary of Health and Human Services, to hoard or sell for excessive prices.

“During the height of the pandemic, cases in which people sought to capitalize on the situation at the expense of others were, unfortunately, an all-too-common occurrence,” said Michael Driscoll, assistant director-in-charge of the FBI New York field office. “More than a year later, the FBI continues to work to identify and hold accountable any company, individual, or entity whose intention it was to do so.” 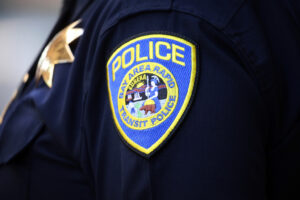 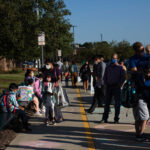 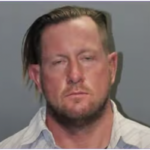 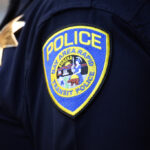