Hear from People who Recovered from Coronavirus

Fear and anxiety surrounding the Coronavirus Global Pandemic continues to spread throughout the world.
Despite this virality, it is difficult to find firsthand accounts from the people who’ve been infected.

The public wants to know, “What’s it like to have Coronavirus and how bad does it really get?“

We’ve heard the severity of symptoms can vary from mild to severe, here are the stories of what it’s really like to be infected with COVID-19:

I Feared I’d Die, its like having glass in your lungs, every breath is a battle

The virus is like “having glass in your lungs. It’s hard to explain, but every breath is a battle.

Tara has lost count of how long she’s been dealing with the virus and said,

If anyone still smokes, put the cigarettes down because I’m telling you now, you need your … lungs. Please, none of you take any chances.

Tara is now recovering and claims she posted the harrowing video as a warning to younger people to let them know they are susceptible to this nasty virus. View her original video below: 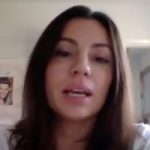 “What got me kind of nervous was when my chest started to feel like, you know, an elephant was standing on (it) basically tough to get your breath,”

Chis Kane got infected with SARS-nCov2 last month on a business trip. While in Florida he started to experience major pressure in his chest

What got me kind of nervous was when my chest started to feel like, you know, an elephant was standing on (it) basically tough to get your breath

Kane was treated with remdesivir on day 7 of being in the hospital. Remdesivir was first used as an Ebola anti-rviral therapy and is now being used as an experimental treatment for COVID-19. So far Chris has show positive results from remdesivir since the following day of receiving treatment.

We are 100,000 percent convinced that the remdesivir turned things around for him. 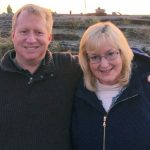 The worst bit is the uncontrollable coughing, which was quite debilitating.

Andrew O’Dwyer is in his 40s and lives in London. He contracted the coronavirus after a ski trip in Italy last month. Andrew has type 1 diabetes and even when combined with coronavirus he says:

“it isn’t anything to worry about for me personally.

Andrew say’s he’s experienced much worse flu infections in the past compared to the coronavirus, but would not want to catch COVID-19 again!

The worst bit is the uncontrollable coughing, which was quite debilitating.

He was not overly concerned and his fever was similar to what you’d get with the flu..

Andrew practiced social separation as a precautionary measure. When his friends became ill he was tested by NHS11 and 3 days later the infection was confirmed. 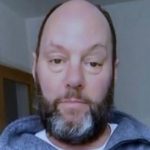 I only knew (I had coronavirus) after I came to the hospital. I felt a bit sad, a bit shocked, tired and fatigued and I couldn’t eat.

Jaimuay said her sympotms were a fever and really bad cough, which then turned into an pneumonia while she was being quarantined.

I only knew (I had coronavirus) after I came to the hospital. I felt a bit sad, a bit shocked, tired and fatigued and I couldn’t eat.

Despite her older age, after only 10 days her condition greatly improved and was discharged a few days later after receiving 2 negative COVID-19 test results in a row. 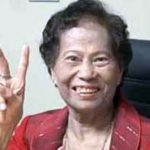 This is no longer just a cold. I ache all over, my head is thumping, my throat is constricted.

Connor Reed is a 25 year old from North Wales who was teaching English in Wuhan. On Nov 25th he noticed he had a slightly stuffed nose. Around a week later he started feeling much worse. Connor documented his time with the virus and in a diary. He wrote:

This is no longer just a cold. I ache all over, my head is thumping, my throat is constricted.

About 2 days after, now around day 9 since the first onset of symptoms he started experiencing labored breathing, and was very easily out of breath. He said that just going to the bathroom leaves him panting for air.

Once I felt like I was suffocating I checked myself into the hospital.

The infection got really bad around December 6th, when he felt like he was “suffocating” and checked himself into Zhongnan University Hospital where he tested positive for COVID-19 and was given anti-biotics.

I felt like I’d been run over by a steamroller, my eardrums felt ready to pop

This was around Day 21 and was close to the worst symptoms, then all of the sudden on Day 24 I was better. 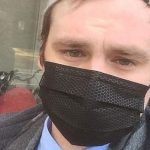 I think we have to calm down, for most, like me, it is just a long cold that we can shake off.

Bridget Wilkens is a 29 year old from London, England. She recently flew through Singapore on her way to Australia to attend a friend’s wedding. After the wedding she started to experience headaches, fatigue, and a sore throat. Her symptoms were similar to jetlag which she originally thought was the cause of here symptoms.

I think we have to calm down, because for most people, like myself, it is just a long cold that we can shake off.

After testing positive for the COVID-19 Coronavirus she was monitored and placed under quarantine in a Brisbane hospital and is so far recovering fairly well. 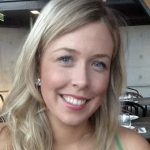 Who would’ve thought my 67th birthday would’ve been in the bio-containment center?

Carl Goldman is a 67 year old radio station owner from California who was quarantined on the Diamond Princess cruise ship. Goldman said he didn’t feel sick until he was on a plan ride heading home from the cruise quarantine, while on the plane his fever spiked to 103 and he was then taken to a Nebraska Bio-containment Facility.

It’s just kind of funny. Who would’ve thought my 67th birthday would’ve been in the biocontainment center in Omaha?

Carl says he needs to have a negative coronavirus test 3 days in a row in order to be released from the biocontaionment unit. He says “the test is pretty elaborate, they stick a swab deep into each nostril and deep down your throat for 5 seconds each, its not a pleasant process.”

Carl had the virus for more than a month and is documenting his recovery on his radio station’s website. 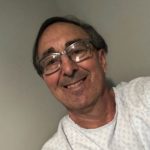 The virus is everything. Diarrhea, watery eyes, shortness of breath, chest pain, high fever – and every day its getting worse.

It happened so quick – The virus is everything. Diarrhea, watery eyes, shortness of breath, chest pain, you name it. High fever, and every day its getting worse.

The virus has now spread to both of his lungs and he is in isolation, away from his family.

James told the NYPost on Monday that, “nobody knows” when he’ll fully recover and is struggling with weeks of isolation from his wife and little girl.

I don’t know what’s exactly going on with me

Cai’s symptoms were initially diarrhea, chest pains, and a fever. He says his frequent coughing has left him with rib pain. 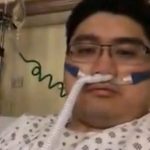 You feel like you’re asphyxiating, and you’re panicking because you can’t breathe.

Marc Thibault is a 48 year old vice-principal at a school in Rhode Island. He was diagnosed with coronavirus after a school field trip to Italy, France, and Spain.

Marc says the illness hit him “like a hurricane” and struggled with choking feelings. “You feel like you’re asphyxiating, and you’re panicking because you can’t breathe,” he said.

I was one inch from death

“Marc is currently in an ICU, making great improvements everyday, and starting to show signs of his old self.” says school principal Dan Richard.

Elizabeth Schneider is a Seattle woman in her mid 30s who started experiencing symptoms after a party she attended. She posted on Facebook that she had a headache, fever, severe body aches, joint pain, and severe fatigue.

I had a fever that spiked the first night to 103 degrees and eventually came down to 100 and then low grade 99.5.

She decided not to go to the hospital as she was recovering on her own. Her fever stopped around 10 days after the first symptoms.

“The reason I wanted to share my store is that, you know, I think a lot of people are contracting the virus and not really realizing it,” she said.

We have to really be vigilant and think of other people.

Read the full story that she posted to Facebook. 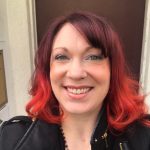 I feel great, and I have felt great the whole time.

Jerri Jorgensen, a former cornavirus patient claimed she did not feel any of the symptoms of the coronavirus. She felt so fine that she didn’t even realize that she had it and felt fine. Jerri contracted the virus while onboard the Diamond Princess curise ship, she exhibited no symptoms when diagnosed. She was monitored and treated by ship doctors and never took any medications while she was infected.

the coronavirus hysteria is out of control and I don’t get why all the toilet paper is gone! 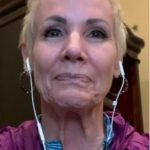 Are you a COVID-19 Coronavirus Survivor?