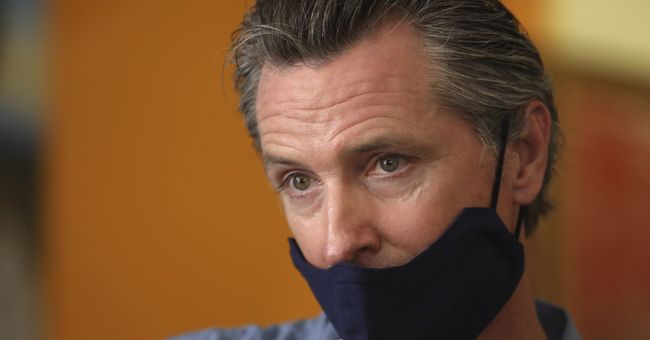 Never let it be said that I am unwilling to compromise. It is safe to say that no agreement seems imminent in the great mask and shutdown debate of 2020, if one can call millions of people screaming “Screw you!” at each other a “debate.” It all becomes so ridiculous at times that I find myself wishing that the masks were also sound barriers.

We have been hearing for most of plague time that the masks are almost supernatural life savers. The most common — and therefore irritating — social media virtue-signal is a repeated exhortation to “Wear a mask.” This is especially de rigueur among elected Democratic officials who have virtually nothing else to offer society.

OK, mask people, if they are so wonderful at keeping the COVID monster at bay I have one question: why can’t we reopen all the businesses and just have everyone wear masks?

I have to be up front here and admit that I took this idea from my dear friend and colleague, RedState Editor-at-Large, Kira Davis:

Keep the masks and open everything else. People are surly about masks bc they are watching their livelihoods dry up around them due to arbitrary and unreliable leadership on this. Open everything and require masks. Eezy peezy. It’s a compromise that can work for us all.

As soon as I saw that I began to rethink my position. I haven’t been adamantly anti-mask, I just don’t think that they’re as magical as the now cultish pro-mask types think they are.

I have, however, been very opposed to the shutdowns because I think — and there is a lot of evidence to back me up — that they were avoidable and have done nothing but ruin people’s lives. I also think that mask mandates after everyone has been more or less forced to stay at home again because so many places are closed are nothing more than petty, tyrannical power moves by the dictator class that this plague has spawned.

There is some wiggle room for me on the masks, however, even though women wearing them now think men are pigs if we look at their eyes.

A lot of the things that many of us (YES, I’M GUILTY) complain about right now will be quickly forgotten once this coronavirus nightmare has subsided (it’s never going to go away completely). Destroyed livelihoods are not, sadly. Yelp recently reported that 55% of the business listed on its site that have closed have done so for good.

In Tuesday’s Morning Briefing I featured a heartbreaking story about venerable neighborhood mom and pop businesses in New York that have been ruined forever.

If a mandated face covering is the irritation I have to put up with on the off chance that we can still salvage some businesses and lives then I have zero problem doing that right now. There will always be plenty of government overreach battles to fight and hills to die on. I can let this one go for a while.

I Won’t Miss The Ugly People

Let’s face it, humanity has been catching a real break having a lot faces kept partially hidden from public view. There is an old saying about Washington, D.C. being “Hollywood for ugly people” and, hoo-doggie is that true. Being spared the smirking visages of Chuckie Schumer and Granny Boxwine is something I wouldn’t mind lasting a little longer.

But seriously, if masks work as well as — ahem — experts and their scold warriors say they do, let’s all wear them while we’re out in public supporting our recently re-opened locally owned business. It’s a small price to pay.

Especially when compared to the delivery fees and driver tips I’ve been hemorrhaging since March.

Is Gretchen Whitmer Satan, Stalin, or Both? 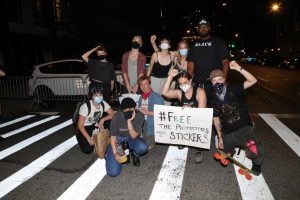 Teen protester freed after being shoved into unmarked NYPD van