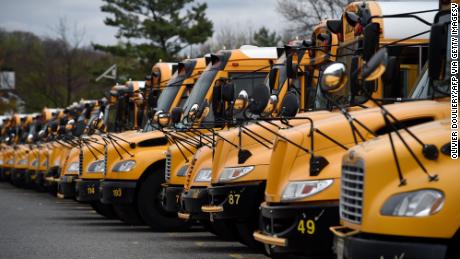 With schools closed since March and April — as coronavirus cases soared to more than 4.3 million and deaths climbed to 149,256, according to data from Johns Hopkins University — a knowledge gap has persisted around how young children experience and spread the virus, Dr. Anthony Fauci, director of the National Institute of Allergy and Infectious Diseases said Tuesday.
“We don’t know the full impact,” Fauci said during a discussion with Randi Weingarten, president of the American Federation of Teachers. “We don’t have the total database of knowing what there is to expect.”
As states have attempted to allow businesses to reopen their doors, the nation has continued to debate how and when it would be safe to send students back to school.
Some states have begun to put plans in place to make in-person learning safer and online learning more effective. Tennessee announced testing and contact tracing measures within schools, Oregon set restrictions for schools that can allow students back and Connecticut is investing $43.5 million in providing digital devices to help students learn remotely.
Although Fauci said that there is no “uni-dimensional answer” to how schools should reopen he reiterated that the “default position should be that we should try to the best of our ability to get the children back to school.”
Fauci encouraged teachers to wear a mask, cover their eyes with either goggles or a face shield, and maybe wear gloves to help create a safe classroom. He also said he believes a vaccine could be ready by the end of the year.
“I feel with some cautious optimism that it is a reasonable statement to make that by December we’re going to have a safe and effective vaccine.”

Vaccine prevents severe disease and stops it from spreading

Moderna’s experimental vaccine is moving quickly and showing promising results as it begins Phase 3 testing.
The vaccine, which the National Institute of Allergy and Infectious Diseases helped develop, moved to begin testing on humans Monday, making it the fastest advancement of a new vaccine in the US ever. 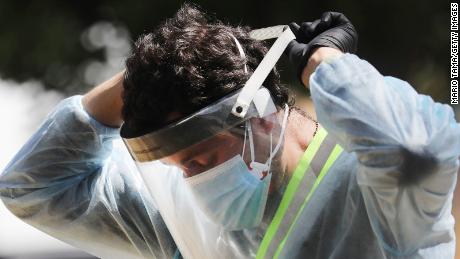 The vaccine was tested on rhesus macaque monkeys. And though it isn’t clear if the vaccine will work on humans the way it does on the primates, results from the testing show that after two days, most infected monkeys no longer had a detectable amount of the virus in their lungs, NIAID researchers said in a statement.
None of the monkeys that got the higher dose of vaccine had virus in their noses, either. That would suggest the vaccine might prevent the spread of the virus, even if people do get infected.
“This is the first time an experimental COVID-19 vaccine tested in nonhuman primates has been shown to produce such rapid viral control in the upper airway, the investigators note,” the researchers said.
If the vaccine does the same for humans, it could greatly reduce the spread of the diseases, they said.

Hydroxychloroquine rumors distracting from the ‘most powerful weapon’ available

As the nation waits for a vaccine, rumors that the anti-malarial drug hydroxychloroquine can act as a treatment continue to perpetuate, including in President Donald Trump’s administration. 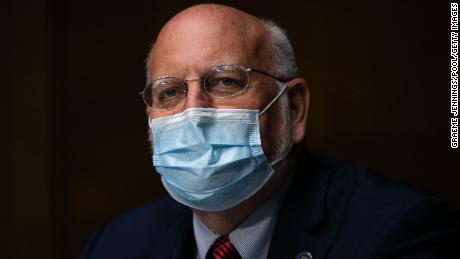 But the drug has not been shown to be effective against coronavirus, and can even produce harmful side effects, former US Surgeon General Dr. Vivek Murthy told CNN’s Wolf Blitzer Tuesday.
“All the time that we often end up spending dispelling these myths around hydroxychloroquine is time that we are not spending working on solving the actual problem in front of us,” Murthy said.
And measures already in place to combat the virus’ spread could be the key to solving the problem, the US Centers of Disease Control and Prevention director Dr. Robert Redfield said Tuesday in an interview with ABC news.
“We have the most powerful weapon in our hands right now, I mean it’s an enormously powerful weapon. It’s just a simple, flimsy mask,” Redfield said. “This virus can be defeated if people just wear a mask.”

Numbers on the decline after face mask requirements 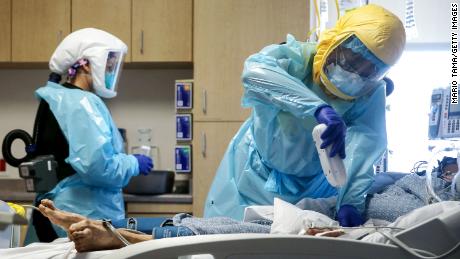 Although some states continue to see surges and set records in the numbers of coronavirus cases and hospitalizations, Tuesday’s total of new cases across the nation stood at 56,336, the second lowest in the past 20 days. The country’s seven-day average for new cases was 65,083 Monday, the lowest figure since July 15.
Kentucky, a state that is among the at least 41 to require masks, reported 532 new cases Tuesday and a 5.08% positivity rate, which has gone down for the first time in four days, Gov. Andy Beshear said.
“Again, too early to draw conclusions, but I hope I’ve said, I hope that this is us starting to see, because the time period is right, where the facial covering requirement is starting to kick in and help,” Beshear added.
Fauci reiterated advice to states still seeing surges Tuesday: wear masks, social distance, close bars where spread is high, wash hands and reopen economies in phases.
“We would hope that (states) all now rethink at what happens when you don’t adhere to that,” Fauci told “Good Morning America.” 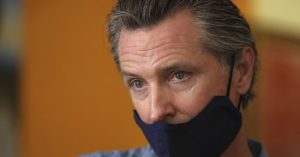