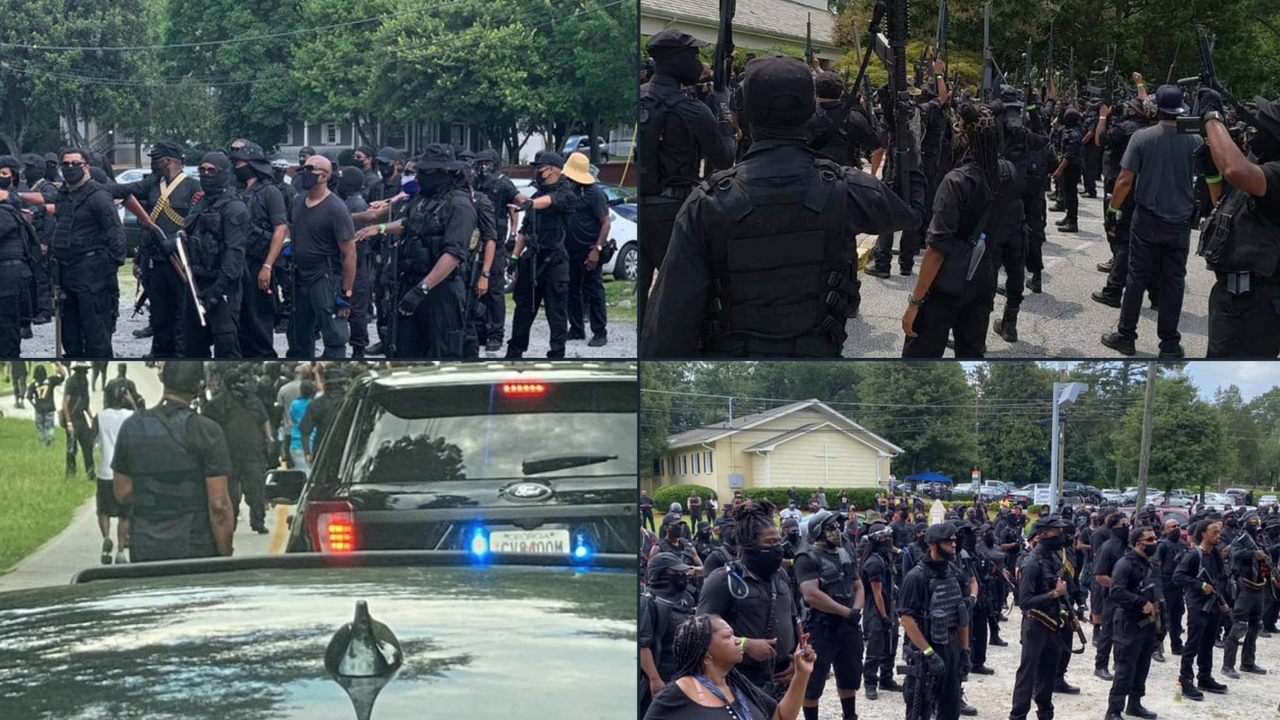 NFAC’s leader Grand Master Jay describing how he will build his black ethnostate inside the United States.
boasting they are all ex-military extremely disciplined & experts shooters..gonna end really bad for these guys.. pic.twitter.com/FKPCT8pRRC

The group, known as Not F**king Around Coalition (NFAC), marched through Stone Mountain Park near Atlanta on Independence Day, calling out white militias, along with protesting one of the largest Confederate monuments in the country, reported Reuters.

Hundreds of heavily armed NFAC members, predominantly African Americans, were seen dressed in black combat gear with military-style rifles – quietly marched up a road in the park in two columns. 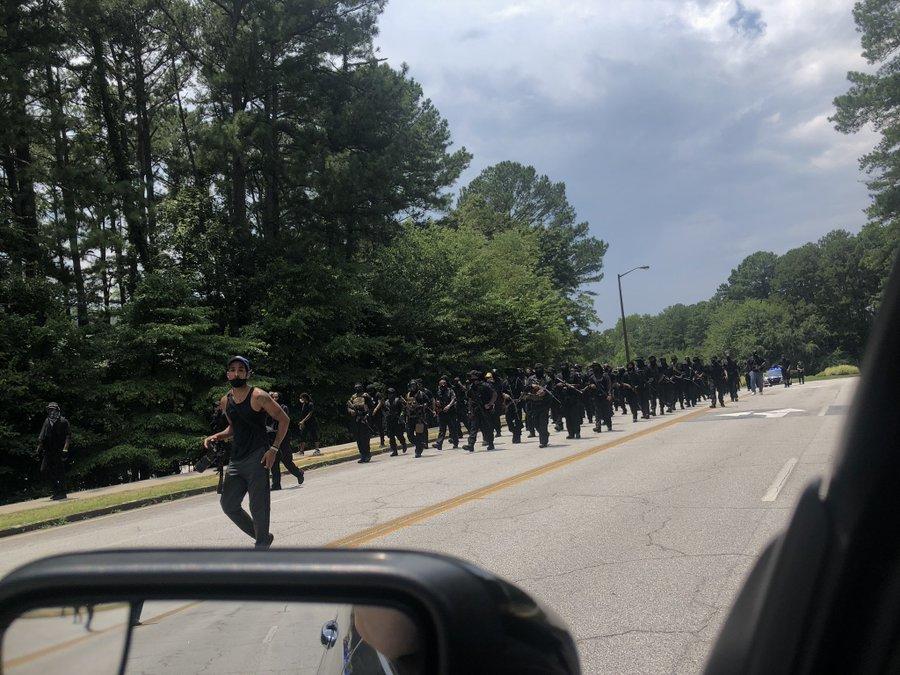 One clip shows what appears to be an NFAC leader directing a right and left column of heavily armed members up a road.

Another video shows the group coming to a stop on the road with an unidentified man shouting into a loudspeaker challenging white militias.

The Not Fucking Around Coalition (NFAC) militia in Stone Mountain, Georgia called out all rednecks and white supremacist militias “We here, where the fuck you at?”. (📹@VlanciPictures) #BlackLivesMatter pic.twitter.com/B76Ab6WUSF

Stone mountain Georgia.. The black man the most powerful fighting machine in the world.pic.twitter.com/qDBJwQxgf2

“It’s a public park, a state park. We have these protests on both sides of the issue from time to time. We respect people’s First Amendment right,” Bankhead told WXIA-TV. 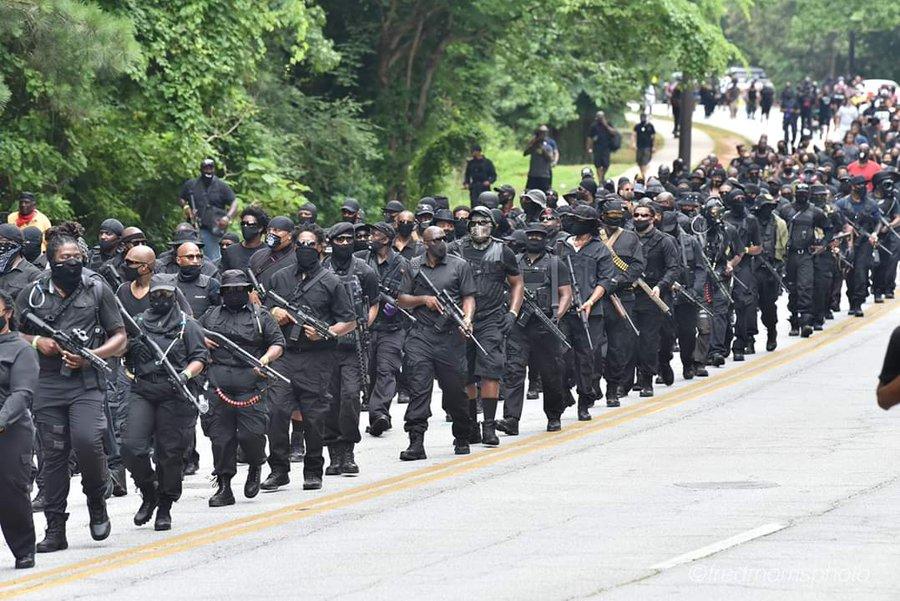 “We understand the sensitivities of the issue here at the park … so we respect that and allow them to come in as long as it’s peaceful, which it has been,” he said.

The park had just opened after being closed for virus-related issues. Around Saturday afternoon, park officials allowed the group to enter the park from the West Gate. They marched to the lawn area of the park, in view of the confederate memorial carved into granite on Stone Mountain. 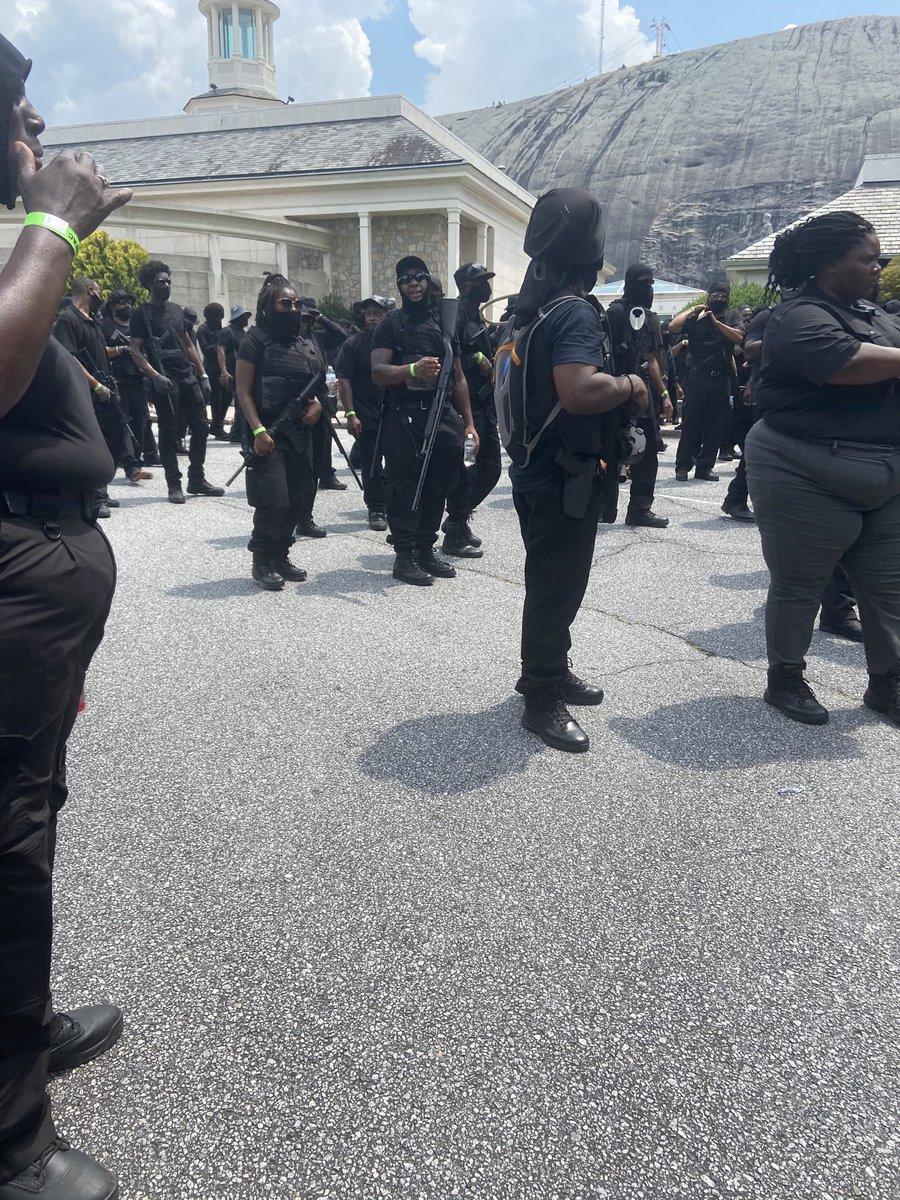 “Stone Mountain has long held symbolism for white supremacists. The Ku Klux Klan, a hate group that was formed by Confederate Army veterans and has a history of lynchings and terror against Black people, held its rebirth ceremony atop mountain in 1915 with flaming crosses. 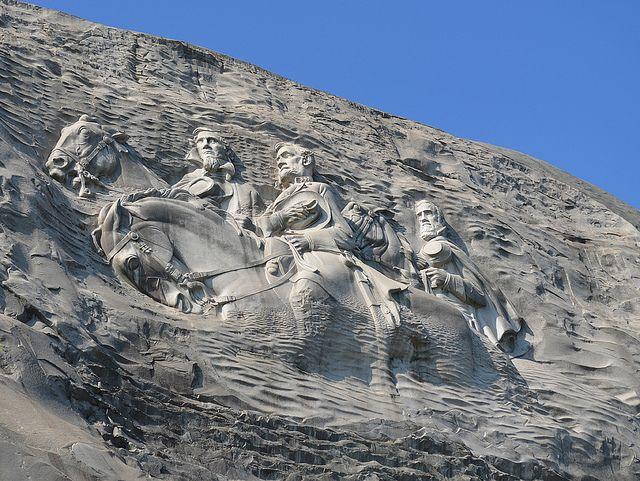 Klansmen still hold occasional gatherings in the shadows of the edifice, albeit now met with protesters behind police tape. Many of those cross-burnings took place on or around July 4,” said Reuters.

Readers may recall, we noted on March 29 that “the next phase of the COVID-19 pandemic could be a flare-up of social unrest across major Western cities as millions have lost their jobs, economies have crashed into depressions, and the military is being called up to maintain order.”

And, boy, were we right…

We quoted Peter Turchin not too long ago as saying with the coronavirus still worsening the wellbeing of the country and millions out of work, and this could certainly “escalate all the way to a civil war.”

“Things are not as bad as they can be,” Turchin warned.

The socio-economic implosion of America, resulting in both black and white militias to enter city streets this summer – could be the goal of the political elites to spark chaos ahead of the election. 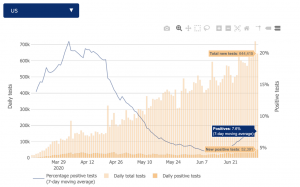 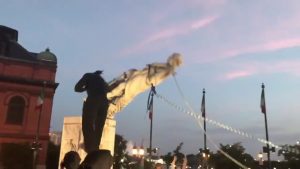