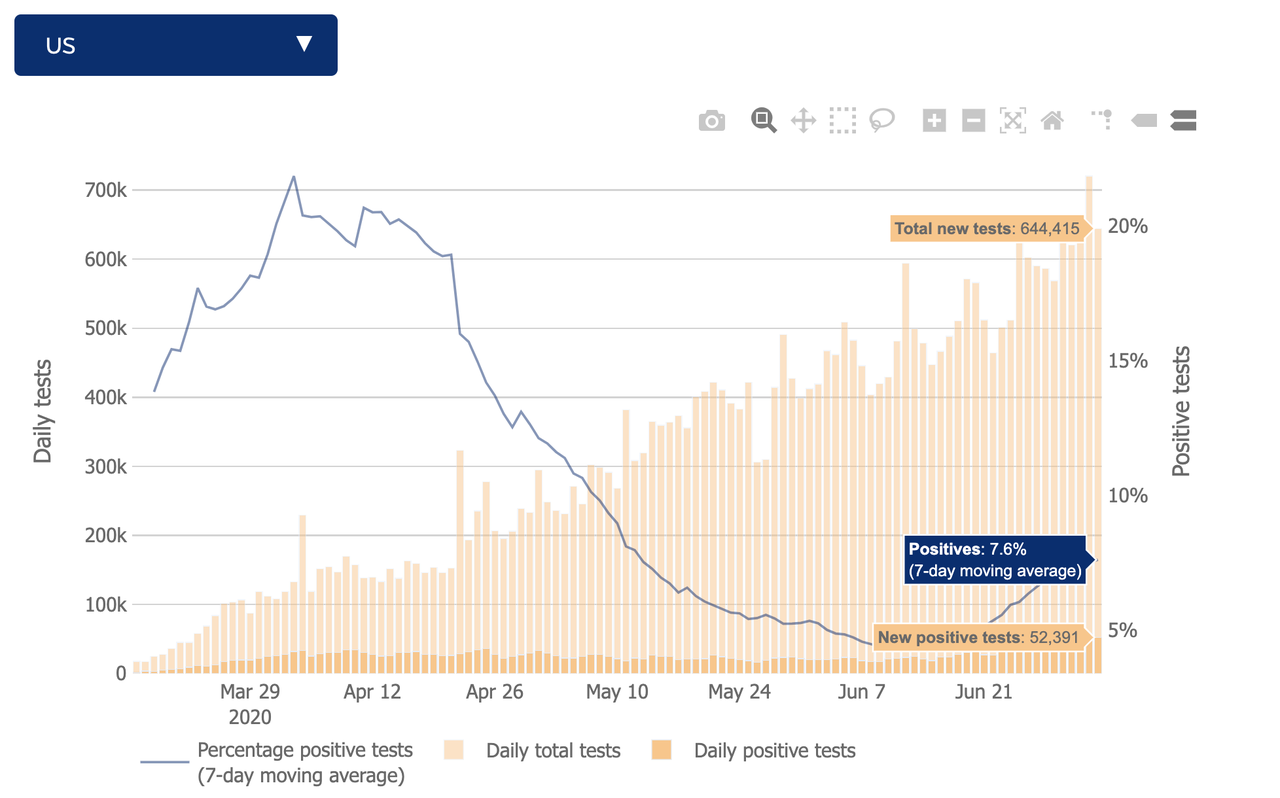 The world celebrated America’s independence by reporting 212,000 new cases of the Coronavirus yesterday, with roughly half that total came from the US, India and Brazil alone.

Data from Johns Hopkins put the number at 207k:

JHU put the number of cases confirmed in the US yesterday at 52,391, with 7.6% of tests coming back positive.

The last record high in the US arrived on July 3, when 57,549 people tested positive for the first time.

Following studies showing hydroxychloroquine can be effective at mitigating symptoms in patients if taken early enough in the life of the infection, the WHO said yesterday that it planned to discontinue trials of the Trump-approved malaria drug, along with a combination HIV drugs known as lopinavir/ritonavir in hospitalised patients with COVID-19 after the medications failed to reduce mortality.

This comes almost exactly a month after the WHO decided to resume trials of the drug.

Worldwide cases have reached 11.23 million while 6.04 million patients have recovered, according to the latest Johns Hopkins University tally. The number of deaths worldwide hit more than 530,000.

Already, Arizona and Florida have reported their case numbers for the last 24 hours, with both states seeing a minor retreat from the all-time highs in daily case numbers.

As of Sunday, coronavirus cases are on the rise in 34 states over the past week, with 12 seeing an increase of more than 50%. Three states, Kentucky, New Hampshire and Vermont, are reporting a decline in cases.

Florida reported 9,999 new coronavirus cases Sunday, coming one day after the state set a record for most cases in a single day with a total of 11,458 new cases, which also surpassed New York’s previous single-day high of 11,434, which was recorded in mid-April.

Arizona reported 3,536 new cases, and 4 deaths, bringing its total confirmed to 98,089 1,809 coronavirus-related deaths, according to the state’s latest numbers. 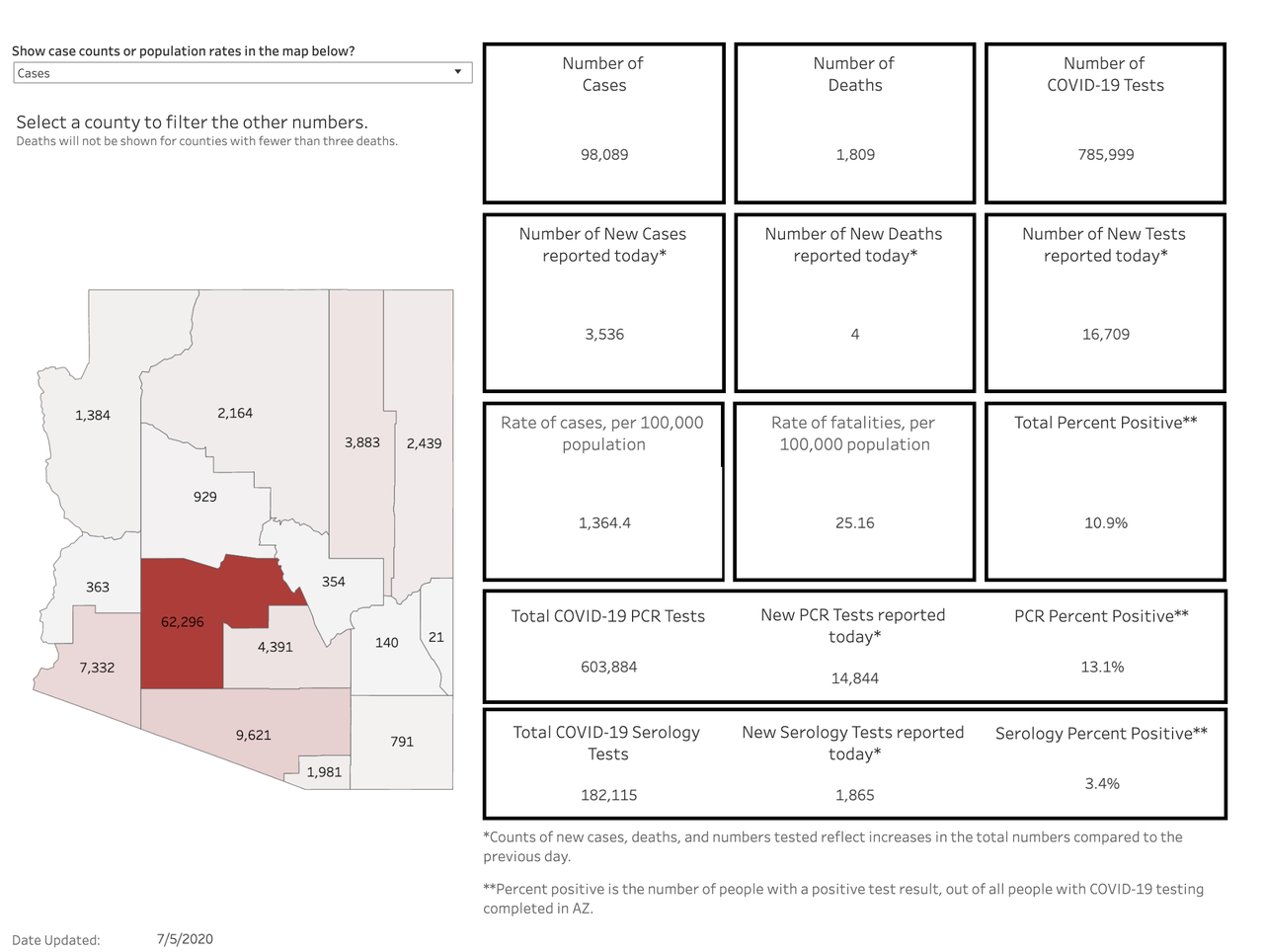 Today’s update on the numbers:

He also confirmed the state would move on to phase 3 tomorrow.

Internationally, the Philippines reported its biggest jump in new cases with 2,434, taking its total count to 44,254, the health ministry said.

South Africa is reporting more than 10,000 new confirmed coronavirus cases for the first time in a single day, bringing the country’s total confirmed cases to more than 187,977, by far the most of any country in Africa.

South Africa also has surpassed the deaths of 3,000 people in the outbreak.

As more of the Middle East rolls back restrictions, Saudi Arabia’s coronavirus cases have surpassed 200,000 and neighboring UAE has 50,000, with the number of new cases climbing after both countries fully lifted curfews last month. 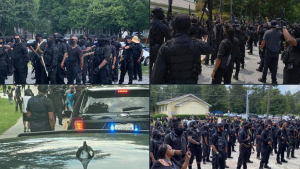