This teacher was excited to get back to the classroom. But then pandemic reality set in 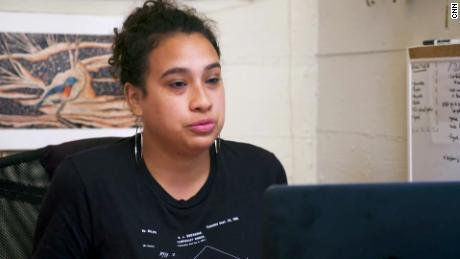 “Oh, this is exciting,” she remembers thinking. “I’m back with kids again. I love seeing them face to face.”
Gill, a 5th grade English language arts teacher, had done her best when her school, like others across the country, switched from classroom to online instruction virtually overnight.
She even began to enjoy it and was energized by figuring out new possibilities for teaching in the ongoing coronavirus pandemic. When the Houston Independent School District announced it would return to hybrid learning last month, Gill was hesitant, unsure of what to expect.
What she and the thousands of teachers in Houston have gone through will be on the minds of the millions of teachers and support staff across the US, most of whom began the school year online, but are now looking at what returns to the classroom will look like.
That first day back at Franklin Elementary eased Gill’s mind. But the relief did not last.
“By the second day, it was pretty clear that this was very different and in a very jarring situation,” she told CNN. “One of the most basic things is, I’m used to being able to smile. Kids like your facial expressions. I work with a lot of English language learners, they need to see what I’m saying, they need to be able to see my mouth.”
There were more concerns too, and after that second day back in school, she felt she had to speak out.
“The scariest part is you have no idea what you’re walking into in those classes. I could be putting my students at risk, I could be putting my family members at risk,” she said.
“I’m walking into a room where I actually don’t really know what I’m breathing in — a lot of our schools are very old and their HVACs, their AC units are very, very old.”
Gill was one of dozens of Houston schoolteachers who called in sick later that week, arguing for a different approach. 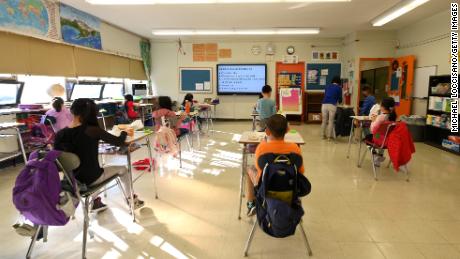 “A lot of teachers started realizing this is not what we were hoping for and expecting and it’s scary to not have any idea whether or not you’re being exposed,” she said.
“I had so many teachers that were so excited to go back in person,” Gill added. “And now, I just had a teacher today talk to me and say, ‘I never thought I would say this, but we need to go back to virtual.'”
Gill’s school, along with at least 17 other public schools in Houston, did close again shortly after the reopening, but the move was temporary. Today, the district is reporting no school closures, with its dashboard showing 138 active cases among staff and students.
In a statement to CNN, an HISD official wrote: “As the Houston Independent School District continues to navigate the Covid-19 pandemic, we remain focused on providing our students with a high-quality education while ensuring that the health, safety and well-being of both our students and staff are held to the highest standard. Face-to-face instruction will continue to occur with safety measures in place in accordance with guidelines provided by the (Centers for Disease Control and Prevention) CDC, state and local health authorities. The health, safety and well-being of our students and staff remains our top priority as we work to meet the educational needs of all families in the district.”

Teachers, administrators and families looking to Houston or other districts for pointers about their own future have little concrete to go on. While a dashboard created by Brown University shows very low rates of coronavirus cases among students and staff at the more than 5,000 schools surveyed, some large districts have reverted to virtual learning because of fear of Covid-19 spread.
In October, Boston announced its public schools would all be remote learning due to rising cases in the city. And Philadelphia scrapped its plans to transition to a hybrid model, saying learning will be 100% digital until further notice.
The changes and the stress and fear of working in a pandemic has led to one in three teachers saying they are now more likely to leave the profession earlier than planned, according to a study by the American Federation of Teachers released in September.
In Houston, teacher Naseeb Gill says she can relate to that.
“Every day I’m thinking maybe I should just move on to something else,” she said. “But you don’t. Because you know that, if you left those students, you would just potentially be another person who left them.” 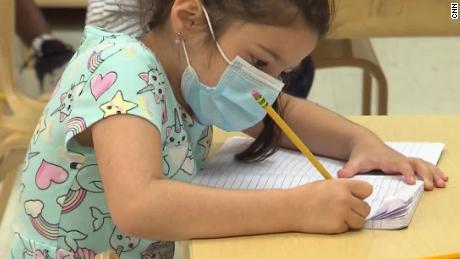 Still, she is looking for leadership to take some pressure off teachers.
President Donald Trump has demanded schools reopen, and while the Brown University research suggests schools may not be the superspreader locations they were feared to be, much is still unknown across the nation.
And it seems there won’t be any federal tracking from the government, with Education Secretary Betsy DeVos saying, “I’m not sure there’s a role for the Department of Education to compile and conduct that research,” at an event hosted by the Milken Institute.
That infuriated Gill.
“My secretary of education is saying it’s not her job, nor the federal government’s job. And then sometimes the local government’s like, well, it’s not really our job — it’s a district’s job. And the district’s going well, we’re gonna put it on the schools and then, inevitably, it gets put on you,” she said.
“The teachers and the support staff are the ones that get the pressure.”

Change expected from the top

The political climate around schools reopening will change under the administration of President-elect Joe Biden, who has promised “clear, consistent, effective national guidelines” for reopening.
Joseph Allen, director of the Healthy Buildings Program at Harvard University’s Chan School of Public Health, hopes going back to school — and safely — becomes a national goal rather than a political act. 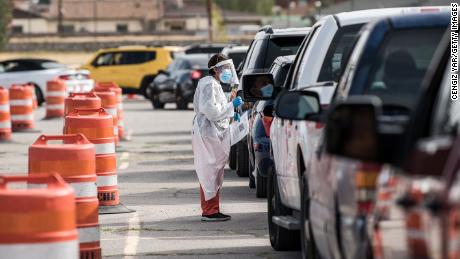 He published a plan in the summer for how schools could reopen safely with viable and inexpensive risk reduction strategies.
And he still believes there is a way forward, even with cases rising nationwide and colder weather on the way.
“There’s always something you can do,” he said. “The single most important measure is an easy one — and that’s universal masking. This significantly drives down risk.
“We can talk about all the complex air cleaning you want. But it’s a simple mask that’s going to have the most benefit.” 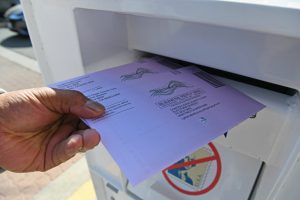 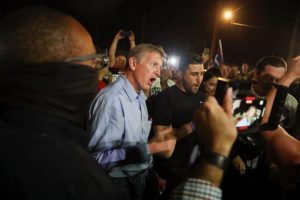 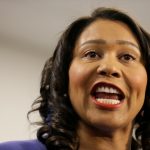 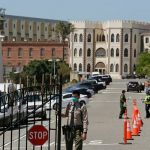 Prisons Are Covid-19 Hotbeds. When Should Inmates Get the Vaccine? 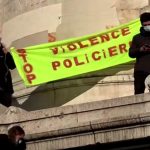 Video of beating leads to investigation of Paris police officers