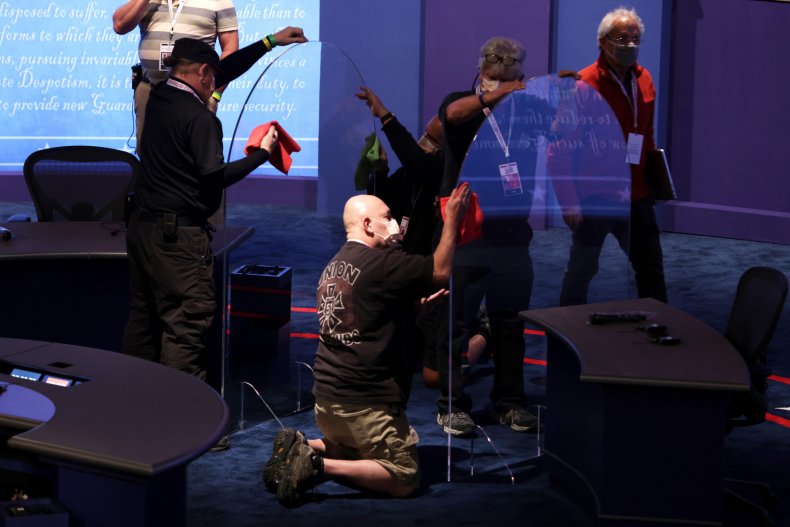 Vice President Mike Pence and U.S. Sen. Kamala Harris will be separated by two plastic partitions when they face off in Salt Lake City for their lone vice-presidential debate Wednesday evening—a move to limit their potential exposure to the novel coronavirus following an outbreak at the White House in the past week.

Both Harris and Pence tested negative for COVID-19 on Wednesday.

They will be 12 feet apart on the stage, and any member of the crowd who refuses to wear a mask will be removed from the debate hall, organizers said.

Former Vice President Joe Biden‘s campaign announced that Harris’ featured guests for the debate will be Utah State Rep. Angela Romero, a community activist and one of the state’s six ethnic minority lawmakers who have been working to address coronavirus among minorities, and Deborah Gatrell, a teacher who is running for Salt Lake City Council who also is working to address COVID-19 spread in vulnerable populations.

The decision to pick people with ties to the coronavirus fight is a deliberate response to Pence’s role as head of the White House Coronavirus Task Force.

More than 210,000 Americans have died of COVID-19, and President Donald Trump was recently hospitalized after contracting the disease. He has since returned to the White House, and his physician told reporters in a memo Wednesday that his condition is improving, and he has no fever nor any other symptoms.

Axios reported Wednesday afternoon that Pence’s guest list for the debate will include the parents of murdered ISIS hostage Kayla Mueller. During an appearance at the Republican National Convention, Carl Mueller blamed the Obama-Biden administration for failing to save his daughter’s life, and praised Trump’s hard stance on ISIS.

Spokespersons for Pence didn’t immediately respond to Newsweek‘s request for confirmation of rumors of the Muellers’ appearance before the report from Axios was released.

Trump tested positive for COVID-19 just days after joining Biden on stage for a debate last week. The two didn’t shake hands and maintained distance during the event. Biden has repeatedly tested negative since the debate.

While partitions have been added between the two debaters, the stage erected for the vice-presidential debate doesn’t include a plastic shield for the moderator or the audience.

All members of the audience must test negative for COVID-19 before entry, according to organizers.

For those not able to attend in person, the University of Utah has released a set of debate BINGO cards, with players on the watch for mentions of Dr. Anthony Fauci, ventilators and Tik-Tok, among other buzzwords. 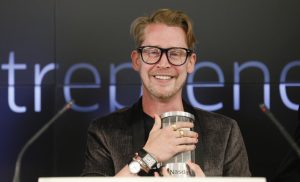 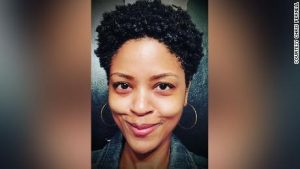