N.Y. Protesters Say the Police Attacked Them: 'It Felt Like Warfare' 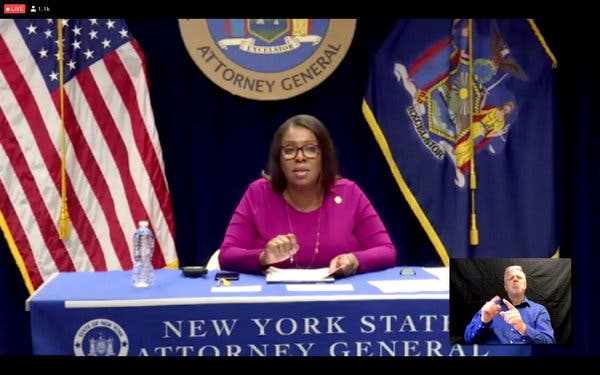 One protester said a police officer used a baton to pin him by his neck against a squad car. Another said she was tackled by an officer who then drove his knee into her back so hard she could not breathe.

A third — a registered nurse — was tending to a young man with a head wound, but claimed the police would not allow an ambulance to drive through a crowd to fetch him. A fourth described rushing through a line of police with batons to help a sobbing teenage girl, then escaping with her just before an officer tried to grab them.

These and other troubling accounts emerged on Wednesday at the first public hearing held by state officials investigating New York Police Department’s handling of protests stemming from the death of George Floyd at the hands of the police in Minneapolis last month.

The inquiry is being led by the state attorney general, Letitia James, and comes as city officials and some district attorneys in New York are also examining how the police have dealt with what is now more than three straight weeks of demonstrations.

At the beginning of the hearing, Ms. James said that she and her investigators had already received hundreds of tips about possible police misconduct at the protests and had lined up so many witnesses that testimony would last all day on Wednesday and would continue Thursday morning.

For several hours, she questioned more than a dozen witnesses with her two partners in the probe: Loretta E. Lynch, a former United States attorney general, and Barry Friedman, a law professor and expert on policing at New York University.

Much of the testimony — streamed on the internet because of the coronavirus crisis — echoed news reports and videos that have come out in recent weeks, detailing incidents in which the police shoved seemingly peaceful protesters to the ground or used pepper spray and batons on them. Witnesses also described the police encircling them before charging in with batons, a controversial maneuver known as kettling.

The hearing marked the first time that individual demonstrators told their stories to the public, and some became emotional, erupting into tears or fits of rage.

Police officials have promised to hold accountable any officers who have violated the law, and so far one officer — Vincent D’Andraia — is facing criminal charges in Brooklyn. At least two others have been suspended, and dozens are under investigation over attacks on protesters.

During the first few days of the protests, before a curfew was imposed on June 1 because of looting, violence was also directed at officers. At least 300 officers were injured as demonstrators pelted them with rocks, water bottles and on occasion Molotov cocktails, the police said. One officer was hit in the head with a fire extinguisher. Dozens of police vehicles were damaged, and at least 13 were burned.

Earlier this month, the police commissioner, Dermot F. Shea, apologized for instances of misconduct, but said the majority of officers had shown restraint and acted appropriately. He also appealed to demonstrators to stop insulting and attacking his officers, warning that anti-police rhetoric could lead to further violence.

“For there to be calm there must also be contrition,” he said. “So I am sorry,” he said, then paused and asked, “Are you?”

Alan Williams, one of the first witnesses to testify, said that he was at the Barclays Center on May 29, when, for no reason he could discern, officers began shooting pepper spray at the crowd in “a panoramic fashion,” stinging his eyes. After falling to his knees and flushing his eyes with milk, Mr. Williams said he got to his feet as officers swinging batons converged on the crowd.

Mr. Williams, who was arrested that night, was released in time to ride his bicycle to another protest two days later that ended near Bryant Park in Manhattan. As evening fell, he said, the police ordered the crowd to disperse, but officers advanced before anyone was able to move away.

In the ensuing melee, Mr. Williams said he fell to the ground atop his bicycle and was arrested a second time. One officer, he said, threw his bike and damaged it. “The cops those first few nights were pretty aggressive,” he said.

Kali Gerber, the nurse, took part in a protest march in Fort Greene, Brooklyn, that same week, winding up outside the 88th Precinct station house in Clinton Hill. There, she said, she and about 200 other demonstrators faced off with a line of officers in riot gear.

Ms. Gerber said that after some teenagers jumped on a police van, the police told the crowd to leave. Before anyone could do so, however, the police mounted a charge with shields, batons, pepper spray and flash-bang explosives, she said.

One officer shoved Ms. Gerber with his shield, she said, and she lost one of her shoes and cut her leg on the chain of her bicycle. A man was thrown into an iron fence, she said, and a woman near her was slammed into the door of a police car. Hours later, the federal authorities arrested two people and charged them with damaging a police vehicle at the station house with a Molotov cocktail.

Ms. Gerber found herself caring for a “traumatized” young man who had a head injury. But the police, she said, would not permit an ambulance to pass through the crowd to pick him up. The ambulance, she said, had to take another route and it finally reached the man 20 minutes later.

On June 4, Ryan Fiedler attended a protest that began in McCarren Park in Brooklyn and ended on a side street in Williamsburg, he testified. There, without warning, Mr. Fiedler said, the police charged his group as the curfew neared and began to make arrests while people fled.

Mr. Fiedler said that as he ran, he saw four or five officers beating a bicyclist. When called out to stop them, one of the officers charged him with a baton. The officer, he claimed, pushed him back against a squad car and held him in place with the baton choking his neck.

“It was humbling to realize that this was the response to protests about the police use of force and the whole world was watching,” Mr. Fiedler said.

Dounya Zayer, 20, described how Officer D’Andraia, who now faces charges of assault, shoved her so violently at a protest near the Barclays Center on May 29 that she fell back against the pavement, cracking her head and suffering a seizure. What shocked her even more, Ms. Zayer said, was that dozens of officers walked by and failed to help her, a scene captured by a reporter’s video.

Ms. James said that such behavior did not reflect the “vast majority” of New York City officers, but Ms. Zayer, growing angry, disagreed. 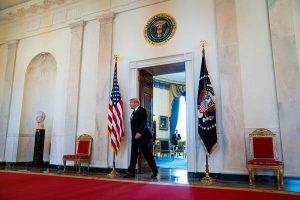 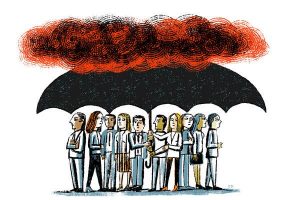