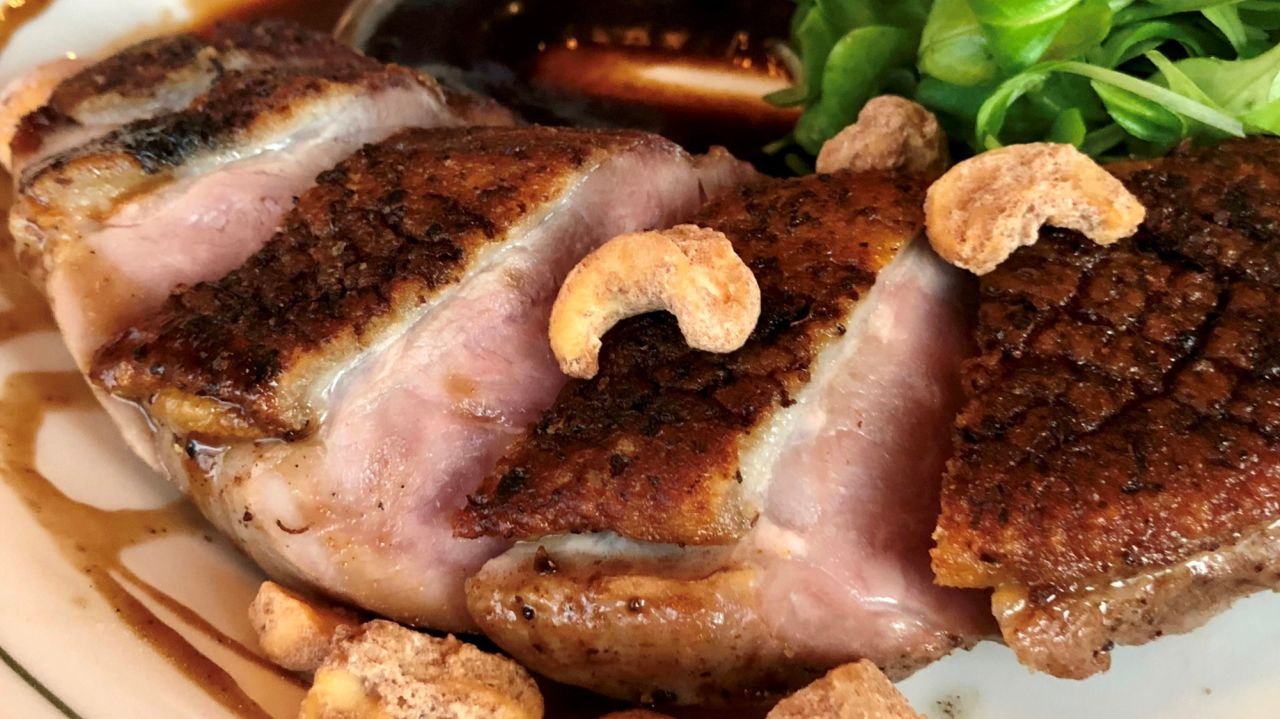 If martinis are medicine, at least for some, it maybe makes sense that a painting of a doctor hangs behind the bar at King’s Chophouse, which opened quietly this summer in Bay Shore. The portrait is not just any doctor, though: It belongs to Dr. George S. King, who delivered thousands of babies in town during the 19th century, and whose story piqued owner Sean Nolan.

“They called him the bicycle doctor, as he used to ride around on his bike,” said Nolan, who has resided or worked near the landmarks of Dr. King’s life for years, and researched the physician at the Bay Shore Historical Society before deciding to name a steakhouse in his honor.

King’s Chophouse is a foil of sorts to the sprawling steakhouses of Nassau County: Dry-aged ribeyes, steak fries as wide as two fingers and clear-as-day Gibson cocktails served in a 45-seat, almost noir-like space of ornate Art Nouveau wallpaper with a veined marble bar, moody lighting and polished details.

After two years of COVID-delayed planning, the restaurant landed in a building that was once a deli and, fittingly, a butcher, and which now bears the neon letters ‘CHOPHOUSE’ above the front window.

“Bay Shore is about to skyrocket, ” said Nolan. “There was no place for adults to have a high-end meal on Main Street, and I looked at it as an opportunity to do a boutique steakhouse”

To supply the goods, Nolan — also a partner at nearby Tullulah’s and Barito Tacos & Cocktails in Port Jefferson — collaborated with Babylon Village Meat Market and tested various lengths of dry aging, from a month to three months or more. “At that point, you’re getting blue cheese and nuttiness, and it almost doesn’t taste like beef anymore,” said Nolan. He settled on a “sweet spot” of 75 days to develop some funk, but not too much.

The aging of prime whole ribeyes and short loins takes place at the butcher shop, after which the beef is cut to order in the kitchen at King’s Chophouse. Diners can order dry-aged ribeye, porterhouse and strip steak by the ounce (with a minimum), after which the steaks go under a broiler for a “very hot and very fast” firing, he said.

The price of dry-aged steak oscillates with market — the price of beef has doubled in the last few months, said Nolan — but generally falls between $2.50 and $3.50 an ounce.

Chef Pat Dunn worked at Sayville Athletic Club and Verde Kitchen & Cocktails before taking the reins at King’s Chophouse; his sous chef is Ryan Macuska and Mike Clemente is the pastry chef.

Besides steaks, the rest of the menu is succinct and focused: A raw bar highlights littleneck clams, shrimp cocktail, and both west and east coast oysters (the latter alternate between Lucky 13s and Sexton Island Blues, both from the Great South Bay). Among the smaller plates ($12 to $19) are chunky salads (including a wedge salad with pork belly in buttermilk-blue cheese dressing); baked clams with bacon-fat breadcrumbs and jalapeño; classic steak tartare and seared pork belly with the restaurant’s version of steakhouse sauce, called King’s sauce.

The kitchen also turns out changing, seasonal compound butters from foie gras to truffle to garlic confit butter. Hanger steak; filet mignon au poivre; a double-cut Berkshire pork chop with romesco sauce, plums and chorizo; and sliced duck breast from Crescent Duck Farm ($36) plated with prunes and cashews round out the entrées, (mostly $22 to $46), as do autumnal takes on Ōra king salmon, diver scallops and roasted chicken. Among the $12 sides are burnt broccoli, glazed carrots and herculean steak fries that arrive in a stack. So far, $12 desserts have been studies in layers, such as NY cheesecake with a vanilla-graham cracker crust, Valrhona Dulcey chocolate ganache and chocolate Crispearl mélange.

In keeping with the reimagined-steakhouse theme, classic cocktails ($14 to $16) from bartender Bert Wiegand (also the drinks lead at Tullulah’s) have been stripped to their roots and then given their own twists, from a rye Manhattan with walnut bitters to a vodka martini with “olives three ways” to gin-based Gibson with a pinot-noir-soaked onion.

There are two Champagnes among the 20 bottles on the restaurant’s compact wine list — 13 of them poured by the glass — and, as befits a steakhouse, four of them are cabernet sauvignon. 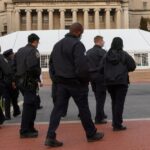 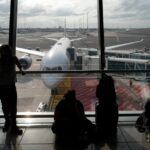 Travel stocks get a lift as US reopens to tourists 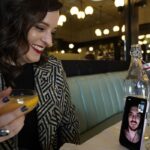