Not unlike an Amish village or a flip-phoned senior, Ocean Beach is a determined anachronism. Fire Island’s largest town celebrates its 100th anniversary this year, a milestone it has reached, in part, by championing a way of life that existed, well, a century ago — as imagined by people a century later. As the official Ocean Beach website would have it, the village “combines the allure of a resort with a casual atmosphere and the safety of a lost age,” a vibe that the town guards with the same sort of zealous urgency that Fire Island guards its dunes, which is to say as if its very existence depended on it.

Accordingly, Ocean Beach has acquired a reputation — undeserved, in the view of Jon Randazzo, its most successful entrepreneur — for being, shall we say, unduly restrictive. Kite flying and Frisbee throwing are banned on its beaches, as is eating food and drinking anything besides water in clear plastic cups. Village code prohibits “profane, vulgar or indecent language or conversation” on its streets, along with most vehicles, including bicycles on summer weekends. Homeowners can be fined for not having 100 feet of garden hose (fire is a constant danger on the aptly named island), also for growing bamboo, also for using a charcoal grill. Businesses may not drum up business by using drums (provision 112.5), bars can’t rent mechanical bulls (123.11), cats must wear bells outdoors, thereby providing an “audible warning for the protection of birdlife” (76.3).

Despite myriad oppressions, Randazzo remains unflappable. “People think that Ocean Beach is the Land of No, but it’s not true. It may seem crazy at times, like you can’t put a certain siding on a building, you can’t do this to your house, but it makes sense because they want to keep that charm.”

So says the 37-year-old, while seated in the cozy, comfortable dining room of a restaurant the town had recently said yes to, his Taco Beach, which opened last month. His infectious smile and energy (“I’m known as Mr. Optimistic”) have been perfect foils for the town brass, one imagines, and perfectly match the eatery’s aquamarine and pineapple yellow walls, rust-colored banquettes and paisley throw pillows. “With the help of Pinterest and Google” Randazzo designed it himself, going for something “light, bright, and a little bit modern.” From its shiny metal ceiling fans to its potent agave margaritas, birria tacos and Mexican street corn, Taco Beach is as stubbornly hip as Ocean Beach is not. And it’s been a hit since opening day.

The restaurant’s spirit and ambience spill onto Bay Walk, where Randazzo, who now owns four eateries and two ice cream stores in town, can’t walk ten feet without being approached by someone looking to say hi, pose a question or share OB gossip. He greets all of them, from employees to elders, with the same wide grin. “I love it,” he said of the small town climate, “and everybody else loves it too. That’s why this place is so special.”

Randazzo is aware that the village is a throwback to gentler time, but then, so is his success story. The kind of kid who opened a lemonade stand to raise money for a block party on his West Islip street, Randazzo grew up less than 9 miles from Ocean Beach, as the crow flies, but his first visit wasn’t until a friend’s prom night, at age 17. “I fell in love with it,” he recalled. “Two weeks later, my friend calls me up and goes, ‘come scoop ice cream for the summer.’” A year after that, the store, which happens to be called Scoops, went up for sale, and Randazzo borrowed $10,000 from his father to buy it. “I always had that entrepreneurial spirit, that want to have something.”

Buoyed by the shop’s success, Randazzo opened a second ice cream store, Beaches & Cream, and then in 2006 his first restaurant, Castaway Bar & Grill. After that came The Landing (slogan: “fine dining in flip-flops”) and then a third eatery, the Baywalk Cafe. This year, in conjunction with its 15th anniversary, he moved Castaway from the smallish space where Taco Beach is now, to Evergreen Walk a few blocks away, taking over the former home of Bocce Beach. Once again, a Pinterest board was pressed into service.

“Castaway definitely holds a special place in my heart,” said Randazzo from a table in the restaurant’s large covered patio area. “I wanted people to feel comfortable when they walked in the door. I didn’t care if you were 50, 15 or 20.”

Like Taco Beach, Castaway’s dining room has its own color scheme — teal and tan — and makes a chic-for-OB statement, with hanging beehive wicker lamps, surfboards on the wall, and more of the lightness and brightness that Randazzo favors. Also new: chef Keoni Dix, a Hawaii native who came to the Island last year, finding success with a menu that surprises and delights without ignoring the happy hour Clam Jam crowd of Castaway legend. (“The clams and oysters are the stars of the show,” said Randazzo. “We go through thousands every week.”)

Dix’s cooking shines in dishes like scallop scampi, which he serves over udon noodles in a tomato bisque, barbecued shrimp in curry sauce, tuna tartare and at least one guilty pleasure, a pork belly and fried rice entree. “It’s kind of my mother’s recipe,” explains the soft-spoken Dix with a smile. “I just took my craziness and put that into it.”

Good cooking aside, however, Castaway is a seasonal establishment, like all of Randazzo’s places, and making money is a challenge even during the best of times. “Here in Ocean Beach, or in all of Fire Island, if you don’t make it by Labor Day, you don’t make it,” he said. “It’s almost like you go out of business every year. We close up, the lights get turned off, the chairs go inside.”

Still, this year’s season will feel like an eternity compared to 2020’s, which lasted just three days. As is customary, Randazzo opened Castaway in time for St. Patrick’s Day, but then quickly closed again, along with the rest of Ocean Beach. In the ensuing months, the Postal Service delivered three times more mail than usual as the village’s population swelled with New Yorkers fleeing the pandemic, but the influx did little to offset the decline in tourist business, at least initially.

“We stayed open for takeout, we stayed open for delivery, but it was literally me sitting in the front of the house by myself, waiting for customers,” Randazzo remembered. Soon, however, the community began coming out “in herds” to show its support. “I wish you could have seen my face back then, how shocked I was, how grateful I was, to just see people walk in the door,” he said, his voice tremulous with relief. The pandemic posed an existential threat to Randazzo’s growing empire, his family — he has a wife, a young son and another child on the way — and 200-plus employees whose livelihoods depend on him. But he adapted and survived. “We made it through the year, and not one person lost their job in all of my companies.”

Ocean Beach made it through the year as well, and even did a little adapting of its own, however briefly. Last July, the town passed a resolution to allow summertime bicycling for the first time in years. This summer, naturally, the restrictions are back. 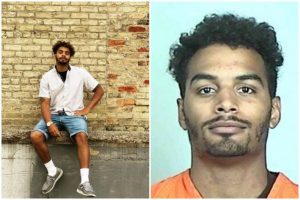 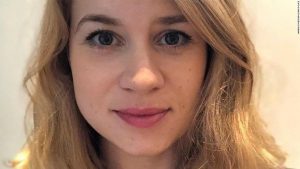