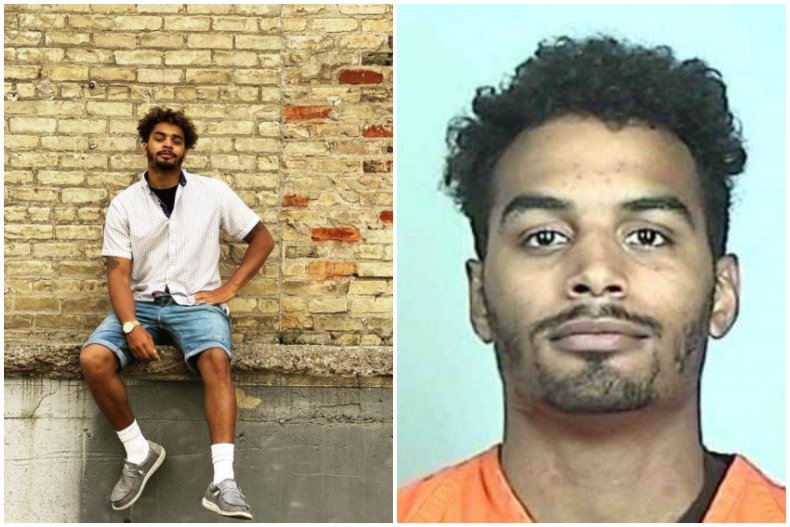 Williams, who currently has just under 145,000 followers on his TikTok account, is one of four men who pleaded guilty to charges relating to the torching of the Minneapolis Police Department’s Third Precinct on May 28, 2020.

On Monday, District Judge Patrick Schiltz sentenced Williams to two years and three months in prison and ordered him to help pay $12 million in restitution for damages.

A grand jury indicted Williams, Branden Wolfe, Dylan Robinson and Davon Turner on one count each of conspiracy to commit arson.

Wolfe was sentenced to three years and five months in prison, Robinson was handed a four-year prison sentence and Turner three years. They are all required to help pay the restitution.

Williams was caught on a surveillance video holding a Molotov cocktail, which Turner then used to light a fire.

Williams was also seen throwing a box onto the flames outside the building’s entrance.

The Star Tribune reported that he shared videos of himself at the riots on his TikTok profile.

The 27-year-old father was deemed a “good person who made a terrible mistake” by Schiltz, which he cited as the reason he was given a lower sentence than federal guidelines.

However, the judge did reject Williams’ plea for probation on the basis that he was “not a follower” in the incident.

A court heard the former basketball player admit he felt ashamed of his actions as he added that he won’t forget the “pain and agony” his actions caused.

Williams, who requested the judge be merciful in his sentence, told how he has stopped drinking alcohol, smoking marijuana and put greater focus on his faith and desire to be a good father since being charged.

Judge Schiltz said he had done “everything right” following his arrest, adding that it was “easy to understand” why Floyd’s death impacted him.

He then said that despite this, Williams’ offense deserved prison time, particularly as he did not know who was in the building when it was set alight.

Floyd died after then-Minneapolis police officer Derek Chauvin, who is white, pressed his knee to Floyd’s neck for more than nine minutes. Daywatch: What to expect as Illinois and Chicago reopen, Northwestern picks a new athletic director and a look at the new store from Mariano’s founder