American patriot activists tell NATIONAL FILE that they are just getting started when it comes to sparking 2020 election audits in disputed states. Some of the main patriot organizers who are leading the audit effort are very optimistic that what started in Maricopa County, Arizona will now spread quickly to nine other states. Targeted states include Virginia, Pennsylvania, Georgia, Michigan, Wisconsin, Alaska, Colorado, New Hampshire, and Nevada.

Patriotic delegations from Georgia, Alaska, and Colorado visited the Maricopa County audit floor in Phoenix, Arizona this week following a visit from a Pennsylvania delegation led by State Senator Doug Mastriano, who met with President Donald Trump in Trump Tower. Insiders tell NATIONAL FILE that more states will be heading to Maricopa County.

Kandiss Taylor, Conservative Running for Governor of Georgia Against Brian Kemp, Is Confident

“There’s a team going. There’s three or four Republicans going to Arizona” from Georgia, Kandiss Taylor told NATIONAL FILE prior to the Georgia delegation’s visit to Maricopa, which was kept quiet so as not to prevent it from happening ahead of time. Taylor noted that the pro-audit Georgia delegation is working with a very good attorney who is advising the lawmakers.

“It’s going great. We’ve got senators willing to go at it. I’ve sent 2 affidavits, and we’ve sent thousands of affidavits to people in power to get audits in Fulton County and Chatham County, which is Savannah,” Kandiss Taylor said.

Kandiss Taylor even confronted Quisling governor Brian Kemp about the audit effort. Taylor said, “I saw the governor, he said ‘okay,’ he said ‘okay, thank you.’ He was in my hometown in South Georgia.”

“I certified mailed one, then I sent a second one, there have been thousands of notices sent, signed by the Georgia citizens,” Taylor said. “If one senator wants to do it, then the rest can do it — that’s what happened in Arizona, one of them started, and then the others fell in line. They don’t want to break their oath of office. We just need one senator in each state to get the ball rolling.”

“The people believe that it was stolen, and we need to do what’s right,” said Kandiss Taylor.

Patriot Mindy Robinson is leading the way to get a forensic audit in Nevada, where ballots were found scattered all over the place on sidewalks and elsewhere.

“Me and other patriots just dropped our sworn, notarized affidavits to serve Governor Sisolak’s office a notice of maladministration and demand for a full forensic audit of the 2020 November election,” Mindy Robinson said in a statement. “We are also sending out certified mail copies to the Secretary of State and all other necessary officials! The required transparency for elections was not met, and it is our right under the state constitution to receive an audit and have full accountability in our elections. The government works for us…not the other way around.”

“It’s not about pushing for a certain party or wanting one candidate to win over the other, it’s about making sure our votes matter. Unlike a lawsuit where it would be our job to prove anything, these affidavits remind the state that its actually their job to prove to us their wasn’t fraud. They are bound by the constitution to look into investigating if we suspect something, and I don’t think people realize that. We the People of Nevada have legitimate questions about this election that the powers that be are being very combative about answering. Why did counting stop? Why weren’t poll watchers allowed to be close enough to observe? Why did dead people get ballots? Who certified these machines before the election? I just find it odd that CNN, ABC, and even top level Dems like Elizabeth Warren and Kamala Harris all believed these machines were easily hackable and a danger to our Republic….right up until they got the result they wanted? We just want to know if our votes mattered and it’s 100% on the state to prove it to us if we petition them…which we just officially did. Special shout out to the Arizona patriots that helped so much by showing us what they did to get an audit. Together we are going to save this country!,” Mindy Robinson said.

An effort is on in New Hampshire to get a statewide forensic audit.

Other states are looking hopeful and Constitutional

“Me and David Jose are helping out with Mindy in putting out affidavits throughout the state (of Nevada)  to force them to do the will of the people,” Josh Barnett, an Arizona congressional candidate, told NATIONAL FILE. They got 3,000 of these things collected and notarized already. We’re dealing with a corrupt judicial system, and a corrupt bar. If we take this straight to a constitutional jurisdiction, we don’t even look at statutes because the highest law of the land is the Constitution. In Michigan, it says any one of the people can demand a statewide audit. It takes one person to do it.”

“We are going to take them outside of the jurisdiction…They can’t use that standing argument that you have heard them use for rejecting…We don’t need to prove fraud initially to get an audit. According to the Constitution it says nothing about proving fraud.”

“In Virginia, we have 1,000 audits collected already, it’s going to be going out next week,” Barnett said.

“Typically we will send the affidavits to the governor, the head of the Senate and the House,” Barnett said. “Here in Maricopa we sent it to the board of Supervisors.”

“It will take Republican leadership to get an audit done. We’ve already got people in Georgia, there are 15,000 downloads off our website. They’ve gotten thousands of these affidavits. We’re doing the same thing now with Mindy in Nevada,” Barnett said. 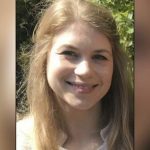 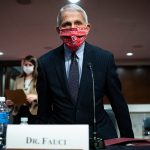 Fauci busted: Top immunologist was told two drugs could help curb the spread of COVID-19 but he ignored it to push vaccines