Why we need to mask up again 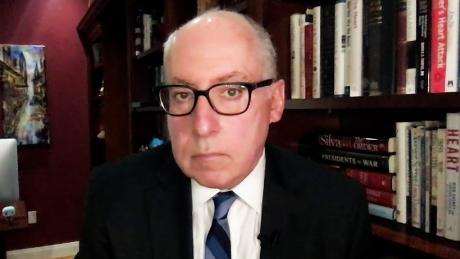 Over the last month, the US vaccination effort has largely stalled, now just short of President Joe Biden’s July 4 goal of at least 1 shot for 70% of American adults. During the same period, coronavirus infections have surged. Since reaching a nadir of a little over an average of 11,000 new cases a day last month, the number of daily infections has now risen to an average of just under 62,000.
This week, in what many consider a dramatic reversal of its May 2021 easing of indoor mask requirements, the US Centers for Disease Control and Prevention issued a recommendation that vaccinated individuals wear masks indoors in areas of high SARS-CoV-2 transmission. An internal CDC slide presentation obtained by the Washington Post suggests that the change in mask guidance was motivated by unpublished data showing that the Delta variant is remarkably contagious, about as transmissible as chicken pox, and also that vaccinated people with breakthrough infections may be as contagious as unvaccinated cases. The CDC is scheduled to release data on Friday that will support its mask reversal.
In addition, the Biden administration announced on Thursday a new requirement for federal workers to be vaccinated or regularly comply with testing and mitigation measures. This is an important step in upping the US’s vaccine rate, but until those Americans who do not fall into this required category choose to vaccinate themselves, the CDC’s new mask guidance will be a critical step in keeping the public as healthy as possible.
The explosive resurgence of the virus is a consequence of the rise of the very transmissible Delta variant. Recently, CDC Director Dr. Rochelle Walensky announced that the SARS-CoV2 Delta variant is now found in 83% of cases sequenced in the United States. “It is one of the most infectious respiratory viruses we know of, and that I have seen in my 20-year career,” she said.
While every state in the country now reports rising caseloads, the surge has been fueled by the South.
For example, in the last two weeks one state that has witnessed a more rapid growth in new coronavirus cases is Louisiana, which has seen a 223% increase in average daily infections.
Not surprisingly, Louisiana also has the fourth lowest rate of Covid-19 vaccinations in the country, with only 37% of its population fully vaccinated.
Meanwhile, places with high vaccination rates, like Maine, Vermont and New Hampshire, have demonstrated some of the lowest rates of Covid-19 infection in the country.
A KFF vaccine monitor poll found that vaccine acceptance varies by our political party, by where we live, how old we are, and how much education we’ve received.
In June, 88% of respondents who identified themselves as Democrat said they had been vaccinated or would get vaccinated as soon as possible, compared to only 54% of those identifying as Republican. The poll found that 76% of city dwellers fell into this category, compared with 57% of rural residents. Eighty six percent of people over the age of 65 reported that they had been vaccinated or would be as soon as possible, compared with only 58% for people aged 18 to 29. Prior vaccination or vaccination ASAP was reported by 80% of college graduates but only 63% of those without a college education.
Although breakthrough infections in vaccinated people can happen, the vast majority of Covid-19 infections occur in unvaccinated people, and nearly all current cases of severe illness are found in the unvaccinated. In a statement on July 16, Walensky reported that 97% of current COVID hospitalizations are of unvaccinated people, and Dr. Anthony Fauci stated earlier in the month that more than 99% of Covid-19-related deaths in June were of unvaccinated individuals. Last month, there were 130 Covid-19 deaths in Maryland, every death occurring in an unvaccinated person. In Texas, according to preliminary data from the Department of State Health Services, 99.5% of all Covid deaths since February have afflicted the unvaccinated.
While daily cases in the United States are up 146% over the last 2 weeks and hospitalizations have increased 73%, deaths have increased by a more modest 11%. But deaths are a lagging indicator, typically following a rise in new cases by 2 to 3 weeks — and they are likely soon to rise. The CDC released a national ensemble forecast of Covid deaths projected over the next month. The model predicts a significant increase in Covid-19 mortality, with 1,800 to 6,900 new deaths projected for the week ending August 21, 2021.
To suppress the surge of the Delta variant, the US must convince a large block of the remaining tens of millions reluctant and recalcitrant unvaccinated adults to get a shot. Statements last week from some Republican governors including Kay Ivey of Alabama urging constituents to get vaccinated are a late, but welcome change. Other prospective events such as the anticipated full FDA approval of the Pfizer and Moderna Covid-19 vaccines may also persuade some of the undecided, but the most recent KFF poll found that 20% of the US population says they will either definitely not get vaccinated or will do so only if mandated.
As we work to increase vaccination, the United States should reinstate universal indoor masking. We should do this not to protect the vaccinated, for whom the risk remains low, but instead to protect the vulnerable, including the immunocompromised for whom vaccines are less effective as well as the children who cannot yet be vaccinated and the adults who still choose not to be vaccinated. Since the US does not have vaccine passports there is no way to distinguish the vaccinated from the unvaccinated and, as a result, the entire country must mask up once again.
At the signing of The Declaration of Independence in 1776, Benjamin Franklin said, “We must all hang together, or most assuredly, we shall all hang separately.”The past 18 months have shown us the perils of disunity. More than any other time in the last century, we must now hang together. 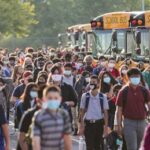 How does the new CDC mask guidance change how families stay safe from Covid-19? An expert's take 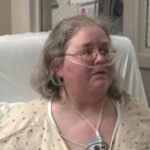 This Mississippi woman's unvaccinated husband is battling Covid-19 in an ICU: 'I wouldn't want my worst enemy to go through this'