What The COVID-19 Crisis Means For Europe & The Eurozone

[An interview with Dr. Hulsmann, originally published in German by Die Freie Welt.]

As a result of the corona crisis, economic life was severely restricted in many countries. How long can the economy take this?

As long as stocks last. In other words: as long as you can allow yourself to live off previous savings. There is no difference between a family and the overall economy in this regard.

The German federal government has passed a bailout fund of around €750 billion to stabilise the economy and save companies from bankruptcy. Can such measures mitigate the economic downturn?

No. Such measures have two very different effects, which only give the brief appearance of a cushion.

On the one hand, income and wealth will be massively redistributed and, on the other hand, the future will be sacrificed on the altar of contemporary concerns.

Let me describe that in a little more detail.

The federal government’s bailout fund generates additional income or income of €750 billion. Where does this money come from? There are three main sources to consider: taxes, public debt, and the music press. In all three cases, it is by no means the state that conjures up 750 billion out of nothing. It is the citizens who are robbed of this sum in one form or another. Taxes are not supposed to be raised this time. I therefore conclude that the citizens will be expropriated, as in the past, by devaluing their financial assets. Interest income is pushed down even further. Savings are taxed with negative interest rates, and price inflation gnaws at what is left.

As in the past, this redistribution is justified by the fact that there would otherwise be a collapse in the financial markets, which would also severely damage the real economy. Without the manna of the rescue umbrella, many companies would go bankrupt and lay off their workers. Loans could not be reimbursed, causing the banking industry to collapse, which would affect other companies. In a word, there would be a downward spiral, standstill, and mass unemployment. The citizens would be asked to foot the bill one way or another. Either they have to fund the rescue package or they have to suffer the collapse of the entire economy. All in all, therefore, it would be much better to fleece the citizens a little bit now, rather than to expose them to even greater losses.

This argument is correct insofar as rescue packages can prevent a short-term collapse.

This is exactly why the appearance of a cushion is created.

Because this short-term success comes at the expense of the future. The downturn is mitigated in the short term, but is reinforced in the long term. With the 750 billion, companies are now being saved that have not done what companies are supposed to do. They did not manage their own savings and other people’s savings sustainably. They had a run at short-term profits and funded their ventures with loans. It is these very firms, whose incompetence has become apparent through the crisis, that are now artificially kept alive. And those who have wisely foregone credit-financed adventures will again be asked to foot the bill. Hence, the real effect of the rescue package is to bring even more funds into projects that are already on shaky feet and are led by adventurers. It is obvious what that means for the future.

The whole thing is compounded by the fact that government spending is notoriously inefficient and corrupt anyway. Unfortunately, there is no reason to hope that people who fail in all other areas of responsibility (education, healthcare, airport construction, housing construction, national defence, etc.) will find their first-class form right now.

Let me conclude on this question with an even more fundamental consideration. It is wrong to always avoid short-term inconveniences at the expense of the future, especially with taxpayers’ money. But that’s exactly what we’ve been doing for many decades. This little game was previously limited to banking and finance, and as a result it was only noticed by experts. It has been played on a large scale since 2008 and as a result is becoming the focus of the general public. Anyway, it’s a very stupid game. Some government-related agents benefit, but ordinary citizens cannot gain anything here in the long run.

It would be much more sensible to seek solutions in a fundamentally different way. You can actually make a good case for taking a short-term collapse of the entire economy “on the chin”—in Boris Johnson’s memorable words—so that the economy be cured and put on a healthier basis in the long term. After all, until recently, Germans were ready to leave their homes during the winter flu season and take the risk of catching a cold. If you do not want to accept any risks and inconveniences now, you’ll get plenty of both in the long term.

What about the monetary system? Do you expect the eurozone to fall apart or inflation to rise?

Higher price inflation, yes, but not a disintegration of the eurozone.

Rising price inflation is unavoidable as government and central banks do anything to prevent that less money be spent overall in the economy. Since they have the printing press, they will probably succeed. In this case, price inflation is inevitable, since the supply of goods decreases due to the curfews.

The eurozone will stay together as long as there are no better alternatives for national governments. The Italians grumble, but just like the Greeks back then, they will be wondering what loans they will get if they give up the euro.

We have not heard of eurobonds for a long time. Now there are calls for corona bonds. What do you think of this idea?

They would exacerbate the basic problems of the eurozone: even more debt, more fragility, more irresponsibility by the immediate beneficiaries in politics and finance. Corona bonds would be a disservice not only to German, but also to Italian taxpayers. In the medium and long run, they would also be a disservice to the people who are dependent on medical services in Italy. The Italian state is alone responsible for its financial calamities and for the overwhelming burden on its state-owned and state-run hospitals. But even in the current mess, it could bring substantial relief in a fairly short time, simply by immediately liberating the private sector in the healthcare services. But that’s exactly what the state doesn’t want to do. Corona bonds are intended to ensure that nothing has to change, so that in fact nothing changes in the state’s mismanagement and shortage economy. Government representatives raise their fingers and contend: “If you Germans don’t do anything for us, then people will die over here.”

The truth is that they themselves do not want to do anything that could question Italy’s inefficient welfare state. They take the Germans into moral custody, but accept that Italians will remain underserved because they do not wish them to be provided for outside the welfare state.

If the shutdown is lifted, how long will it take for the economy to recover? Is this just a temporary slump or is the economic crisis going on for a long time?

Basically, the recovery can take place very quickly. My main concern is government intervention, which can prolong and increase the current difficulties. The classic example from economic history is the Great Depression of the 1930s in the USA. At that time, a simple stock market crash was so badly managed by ever new and increasingly rigid state intervention that it expanded into a long-standing economic crisis.

How do you rate the crisis management in the different countries? The United Kingdom and the Netherlands have opted for mass immunisation, France for curfews. Which reaction do you think is the right one?

I am not an immunologist and do not presume to define the best solution from a medical point of view. As an economist, however, I know the following: it is fundamentally wrong to put the entire economy at the service of a single goal and to commit to a single solution. Human action always involves weighing up different goals and different means. Of course, maintaining health can be of paramount importance in the short run. But even then, it is never the sole goal and there are always different means. Free competition is essential, particularly when it comes to the efficient selection of ways and means. I therefore believe that the countries that respond best are those which give citizens and families the greatest possible freedom and responsibility, and which also do not centralise political responsibility, as here in France, but hand it over to the town halls and other local authorities. Examples would be Switzerland and the Netherlands.

Which countries will emerge from the crisis as losers and which as winners?

That’s difficult to say at the moment, because we are not through this yet. As I said, the greatest imponderability lies in state action.

In any case, I do not see France, Italy, and Spain among the winners, since in these countries the crisis is “used” by circles close to the state to secure and expand their own privileges, if possible with the help of corona bonds. 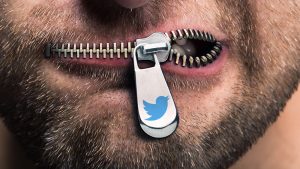