U.S. Park Police cleared protesters from a park in front of the White House last June to install new fencing, not for former President Donald Trump‘s visit to take photos, according to a report released Wednesday, the Associated Press reported.

The Interior Department’s inspector general issued the report following an internal investigation into the event in which people protesting the death of George Floyd on June 1 at Lafayette Park were forced to vacate the vicinity with pepper spray and flash-bangs. Afterward, Trump crossed the park to give a speech and pose for a photo holding a Bible in front of St. John’s Church.

“Thank you to the Department of the Interior Inspector General for Completely and Totally exonerating me in the clearing of Lafayette Park!,” Trump said in an emailed statement in reaction to the report’s release.

“As we have said all along, and it was backed up in today’s highly detailed and professionally written report, our fine Park Police made the decision to clear the park to allow a contractor to safely install antiscale fencing to protect from Antifa rioters, radical BLM protestors, and other violent demonstrators who are causing chaos and death to our cities. In this instance, they tried burning down the church the day before the clearing,” Trump added. “Fortunately, we were there to stop the fire from spreading beyond the basement—and it was our great honor and privilege to do so. Again, thank you to the Inspector General!”

Floyd died on May 25, 2020, after a then-Minneapolis police officer knelt on his neck and pinned him to the ground for about 9 1/2 minutes.

Park Police officials had already planned to clear the area and “had begun implementing the operational plan several hours before they knew of a potential Presidential visit to the park,” Inspector General Mark Lee Greenblatt said in a statement accompanying the report.

“We determined that the evidence did not support a finding that the USPP cleared the park on June 1, 2020, so that then President Trump could enter the park.”

The report determined that the decision to clear the protestors was justified but that law enforcement agencies on the scene failed to effectively communicate with each other and failed to communicate warnings to the protesters about the impending crackdown.

The conclusions, which deny any political influence on decisions and cite fog-of-war confusion for any missteps, are likely to be dismissed as insufficient by critics of last summer’s crackdown.

Lafayette Park, the Washington nexus of last summer’s national wave of racial justice protests, is under Park Police jurisdiction; that agency falls under the Interior Department.

The new report focuses on the Park Police decision-making and its complicated interactions with various law enforcement entities, including the Secret Service and the Metropolitan Police Department.

It points out that “the USPP and the Secret Service did not use a shared radio channel to communicate” and determines that “weaknesses in communication and coordination may have contributed to confusion during the operation.” 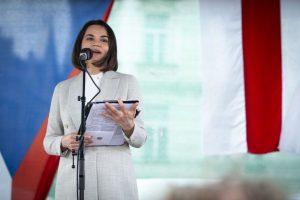 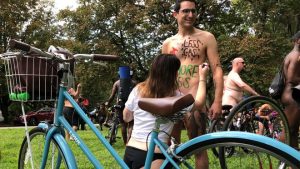 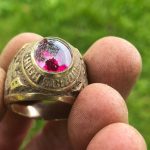 Thanks to three strangers, man gets back high school class ring lost nearly 45 years ago 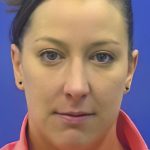 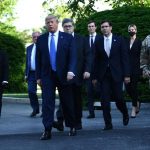