The Tokyo Olympics Will Open a Year From Now. Maybe. 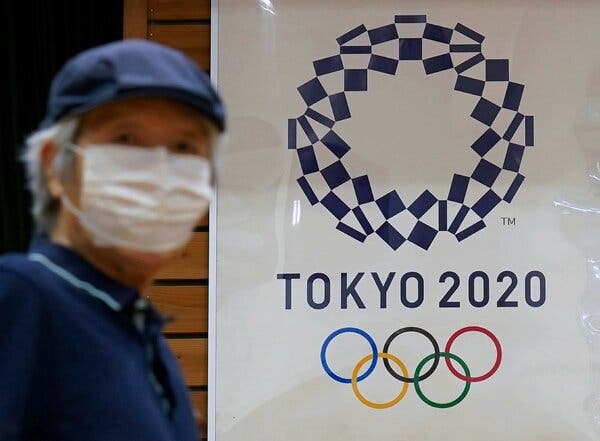 A year from now, the world will begin to gather in Japan to celebrate the opening of the Tokyo Olympics, which were originally supposed to begin this week.

Or maybe they won’t.

Four months after the International Olympic Committee and officials in Japan postponed the Games amid soaring coronavirus infection rates and lockdowns across the world, uncertainty prevails. The unpredictable nature of the virus is making it impossible for officials to say definitively that the Games will happen or, if they do, what they might look like.

Maybe there won’t be spectators. Maybe only people living in Japan will be able to attend. Or maybe only those from countries where the virus is under control. Will there be an Olympic village, the traditional home for the roughly 10,000 competitors? Will athletes from the United States, where the pandemic shows no signs of abating, be allowed to attend?

In a news conference last week, Thomas Bach, the president of the I.O.C., said that planning for the Games now involves multiple options. All of them, he said, prioritize the health of the athletes.

“It includes all different countermeasures,” Bach said of the planning. “An Olympic Games behind closed doors is clearly something we do not want. We are working for a solution that safeguards the health of all the participants and is also reflecting of the Olympic spirit.”

Bach has said a further postponement is not an option at the moment; if the Games cannot be held next summer, they will not be held at all.

As sports leagues everywhere struggle to return to some semblance of normalcy while balancing virus outbreaks and safety concerns, the challenges of planning a global event that is still a year away have only grown — or merely been exacerbated as hot spots for infections continue to shift.

“People right now are focused on the health of the citizens of their countries,” said Harvey Schiller, the former chief executive of the United States Olympic and Paralympic Committee.

No one doubts the resolve of the I.O.C. and its local organizers in Japan, who desperately want to hold the Games, given the resources they’ve already committed and the money at stake. Japan has already spent roughly $12 billion to prepare for the Games. The I.O.C. stands to lose the billions of dollars in revenues from media rights, tickets and sponsorships if the Games do not happen.

Despite a recent spike in coronavirus cases and a ban on travel from 129 countries, the official line in Japan remains that the postponed 2020 Games will open on July 23, 2021, in Tokyo.

Shortly after Yuriko Koike, the governor of Tokyo, won a second term earlier this month, she met with Japan’s prime minister, Shinzo Abe, to discuss measures to contain the virus. “I would like to lead the Olympics and Paralympics next year as proof that we have overcome the coronavirus,” she said.

On Wednesday, Tokyo raised its pandemic alert level to red, its highest classification, in response to a recent spike in cases concentrated in the metropolis’s sprawling nightlife district. In the last two weeks, Tokyo has recorded several consecutive daily records, hitting a peak of 293 new infections last Friday.

Compared with other international cities, Tokyo has been relatively successful in containing the virus. A city of 14 million people, it has reported less than 9,000 cases and 326 deaths since February, compared with more than 3.5 million cases and nearly 140,000 deaths in the United States. Traditionally the financial engine of an Olympics, the United States currently poses perhaps the biggest threat to the Games.

Part of Japan’s strategy has been to close its borders to citizens traveling from 129 countries, including the United States and large portions of Europe, Africa, Latin America and the rest of Asia. Japan has recently announced plans to negotiate some reciprocal travel between Japan and Australia, New Zealand, Thailand and Vietnam, but it has not indicated when it plans to reopen its borders to travelers from the rest of the world.

Even inside Japan, citizens remain wary about traveling: a plan to encourage domestic travel was met with resistance as people worried that Tokyo residents could spread the virus to other parts of the country. On Friday, the country’s tourism minister discouraged Tokyo residents from visiting other prefectures and said that government travel discounts would not apply to travelers to or from Tokyo.

Polls suggest the public is also wary of the Olympics. In a survey late last month by The Asahi Shimbun, one of Japan’s largest daily newspapers, 59 percent of those polled said they wanted the Olympics to be postponed again or canceled. Koike, though, was recently re-elected governor of Tokyo in a landslide, even as she adhered to the official position of holding the Games in 2021.

In a sign of the continuing havoc that the coronavirus is inflicting on the global sports calendar, the I.O.C. on Wednesday postponed the 2022 Summer Youth Olympic Games, planned for Senegal, until 2026. Bach said holding three Olympics Games — the Tokyo Games, the 2022 Winter Olympics in Beijing and the 2024 Summer Games in Paris — plus youth Games in 2022 and 2024 was too overwhelming. The same day, Richard W. Pound, a longtime member of the I.O.C. from Canada, floated the possibility of a cancellation of the Beijing Games in an interview with Reuters. On Friday, Bach said specific plans for how the Tokyo Games would unfold were still far from complete.

“How can you know already in detail maybe the most complex event to organize in the world?” Bach said in a news conference in which he announced his intention to seek another term as I.O.C. president. “You can put potential developments together, but you cannot have a solution today.”

The coronavirus has forced NBC, which has committed about $8 billion for the United States media rights to the Games through 2032 and is the I.O.C.’s leading source of revenue, to consider reducing its contingent of roughly 2,000 workers and hundreds of guests. NBC also has had to rethink how it will present the story of the Olympics, since that story has changed significantly.

“It’s impossible to predict what the circumstances will be a year from now,” said Molly Solomon, the executive producer of NBC’s Olympics production. With social distancing limiting her team’s access to athletes, they have asked competitors to document their training regimens so the network has footage of this transformative experience. “I do think this has a chance to be the most memorable Games in history,” Solomon said.

During a recent conference call with athletes, though, leaders of the U.S.O.P.C. had few concrete answers. No one could say if athletes would still have to share rooms in the Olympic Village, if the common dining hall would be a potentially germ-spreading buffet, or if the American team — traditionally the biggest contingent at any Games — might have to be housed separately from people representing other nations.

“Athletes are yearning for more concrete communication directly from the I.O.C. and other organizations,” said Han Xiao, chairman of the U.S.O.P.C.’s Athletes’ Advisory Council.

The United States team of more than 500 athletes might have to be smaller, though so far the I.O.C. has maintained that it does not plan to reduce the number of events or participants.

“There is a lot of speculation and proposals, but not one specific plan that anyone is able to focus on,” said Christian Taylor, a two-time gold medalist in the triple jump.

Rick Adams, the chief of sport performance at the U.S.O.P.C., said the organization remained focused on Plan A — a typical Olympic Games with most athletes living and eating in the Olympic Village and using a training center the U.S.O.P.C. will set up in Tokyo’s Setagaya City neighborhood. But the organization also has considered how it would adjust if it has to come up with an alternative plan for housing and feeding its team, and for shrinking its support staff.

“We understand what a pivot might look like,” Adams said. “We know how to adjust quickly and would be able to do that.”

Xiao, the athletes’ council chairman, said thinking about travel restrictions is keeping athletes awake at night. Many need to compete to qualify for the Games, and also to hone their skills for an event that for many is the zenith of their athletic lives. Doing that properly requires the intensity of competition, Xiao said. But athletes also need assurances that they will be allowed to take part.

Governments generally can’t interfere with a qualified athlete’s right to participate in the Games, but those debates are usually related to political issues. The coronavirus has changed the equation.

“Our athletes are used to, ‘You can’t infringe upon my right to compete,’” Xiao said. “But this is going to be a real challenge to try to figure out where that line is.” 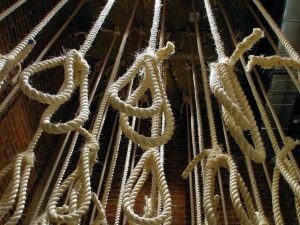 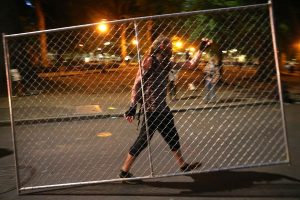 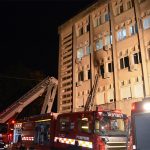 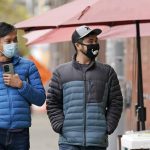 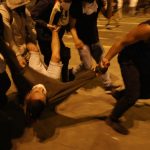 Pressure mounts on Peru's president after 2 die in protests 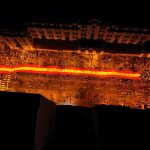