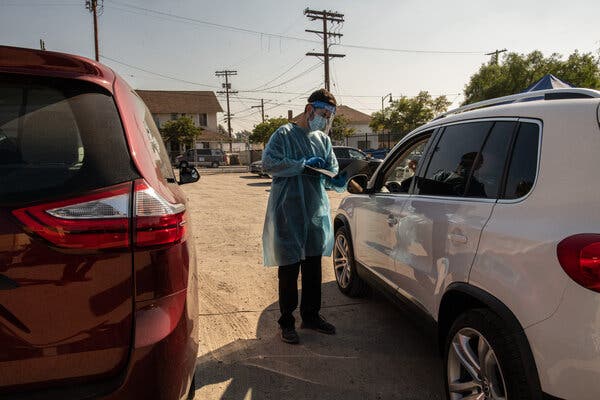 1. A holiday that celebrates coming together is being overshadowed by coast-to-coast disaster.

What started as a Midwestern surge in coronavirus cases now appears to be morphing into swift resurgences in cities like Baltimore, Los Angeles, above, Miami and Phoenix, adding first-time spikes in smaller cities away from the nation’s middle, like Cumberland, Md. Simply put, the coronavirus is everywhere.

More than 1.2 million cases in the U.S. have been identified in the past week alone, and the country is on pace to reach 13 million known cases within days. The seven-day average of daily deaths is over 1,600. Scientists are expressing deep foreboding about the arrival of Thanksgiving and cold weather during such a surge.

Doctors and nurses on the front lines are running on empty. “This is my job, what I wanted to do for a living,” said a critical care physician in Houston who brought the virus home with him, sickening his whole family. “And it could have killed my children, could have killed my wife — all this, because of me.”

2. New claims for unemployment benefits and other data suggest that skyrocketing infections in the U.S. are threatening economic recovery.

Jobless claims jumped by 78,000 last week to nearly 828,000 — a big rise from the increase of 18,000 the week before. Measures of consumer confidence fell sharply in November, and real-time data from private sources show the labor market slowing further or going into reverse. Above, a food bank in New York last week.

Despite the rise in unemployment claims, congressional aides said this week that they did not expect Senate Republicans to move on a $2 trillion aid package proposed by Democrats.

3. “We’ll lift our voices in the coming months and years and our song shall be of lives saved, breaches repaired, a nation made whole again.”

President-elect Joe Biden delivered a sober Thanksgiving message that stressed the importance of unity in the country. It was his first truly presidential address to the American people — his first big speech as president-elect that was not political.

Mr. Biden urged Americans to “redouble our efforts and recommit ourselves to the fight” against the coronavirus, and said he and his family members were having small, separate Thanksgiving celebrations this year.

“I know how hard it is to forego family traditions,” Mr. Biden said. “But it’s so very important.”

4. President Trump pardoned Michael Flynn. The former national security adviser, pictured in 2018, had twice pleaded guilty to lying to the F.B.I. about his conversations with a Russian diplomat.

Among others hoping for pardons in a blitz before Mr. Trump leaves the White House are two former Trump campaign advisers, Rick Gates and George Papadopoulos, who were convicted in cases stemming from the special counsel’s Russia investigation.

It’s not just the president’s allies. Mr. Trump is considering extending his criminal justice overhaul by issuing as many as hundreds of commutations for offenders now in jail for a range of crimes. And Democrats and legal experts fear that Mr. Trump may even prospectively pardon himself.

5. The pandemic has altered holiday plans all over the U.S. In a bustling city like New York, the loneliness stands in sharp contrast to the usual festivities.

On Thanksgiving, many city residents like Cecily Smith, above right, are facing the wrenching prospect of a holiday in isolation, in a place whose social nature is a top draw. As one musician put it: “I’m unemployed, broke and alone.”

Soaring numbers of New York City residents face food shortages as a result of the pandemic. City Harvest, one of the biggest food distributors, gave out 429,000 pounds of food last month, more than twice as much as this time last year. Hear more about the city’s food insecurity on today’s episode of The Daily.

6. In this year of loss, perhaps the path to healing begins with three simple words: Are you OK?

That’s what Meghan, Duchess of Sussex, suggests in an Opinion essay for The Times in which she reveals she had a miscarriage in July. The loss of her second child with Prince Harry was “an almost unbearable grief, experienced by many but talked about by few,” she writes.

The challenges of 2020 have “brought so many of us to our breaking points,” she goes on. So she’s recommending we ask others what a journalist famously asked her last year: “Are you OK?”

Miss hugging your loved ones this Thanksgiving? This short documentary, also from Opinion, about family, music and America might help.

7. Diego Maradona, the Argentine who became one of soccer’s greatest players but whose legend was marred by his addiction and excesses, died today. He was 60.

Maradona led Argentina to soccer’s world championship in 1986, above, scoring one of the game’s most controversial goals and then one of its most celebrated in the span of four minutes. “At his feet, the ball seemed to obey his command like a pet,” our longtime sports reporter writes.

But Maradona’s roguish cunning and extravagant control on the field was offset by a personal life rife with drug and alcohol abuse and health problems. His spokesman said that he died of a heart attack, which came weeks after brain surgery. Argentina’s government declared three days of national mourning.

8. Tomorrow is the feast. And then come the leftovers.

Our Food contributor Sohla El-Waylly is here for the stuffing, the holiday’s best side (this has been fact-checked by your Briefing writer). It’s great the next day: Sohla griddles leftover stuffing into sandwich filling, fries it into croutons and simmers it into dumplings for soup.

If you find yourself in a jam in the kitchen tomorrow, give [email protected] a shout. They’ll be checking emails until 3 p.m. Eastern.

Members of our Food team are scaling down their feasts. If you are gathering with others, stay small, take it outdoors or open the windows, and take a few more precautions so everybody can keep counting their blessings.

9. Chameleons or beauties, star turns or character roles: Our film critics Manohla Dargis and A.O. Scott offer their list of the best 25 actors of the 21st century so far.

The takeaway: We are in the golden age of acting. Actually, make that platinum. Some of these performers are newer to the scene (Michael B. Jordan and Saoirse Ronan) and others have been around for decades (Zhao Tao, Keanu Reeves, Viola Davis). Manohla and Tony chose their No. 1 pick without hesitation, someone who, Manohla writes, makes acting “look like breathing.”

Also, as the year draws to an end, here are the best films and TV shows to stream over the holidays, and our review of a new lesbian romantic comedy, “Happiest Season.”

10. And finally, put down your phone and consider a digital detox.

With the holiday season upon us, now is a good time to take a breather, writes Brian Chen, our Tech Fix columnist. It doesn’t mean you have to quit the internet cold turkey; just replace some bad habits with healthier ones. Brian talked to psychology experts for advice.

As a golden rule, moderation is key. First, assess which parts of screen time feel toxic and make you unhappy and come up with modest goals to realistically minimize consumption. Then create a no-phone zone (like the bedroom). And resist doomscrolling by turning off unnecessary notifications.

Have an unplugged evening and a wonderful Thanksgiving holiday. We’ll be back on Friday. 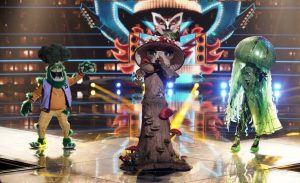 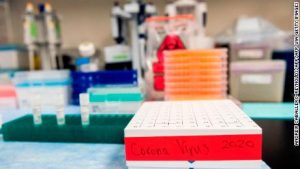