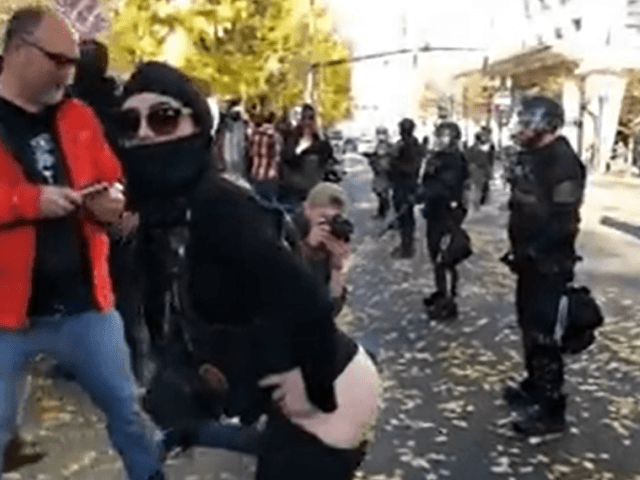 Protesters who are part of a wave of unrest across the country in the wake of the death of George Floyd at the hands of the Minneapolis police on Monday took over city blocks in Seattle, set up barricades, and some have implied on social media that they will use armed guards to secure their occupation.

Seattle @MayorJenny is allowing a dangerous situation to fester. #Antifa militants have taken over & created an “autonomous zone” in city w/their own rules. Police precinct abandoned. Antifa set up barricades to create a border. Calling for volunteers to provide armed guard. pic.twitter.com/ksQI4NI5kP

The people hunkered down in Seattle have dubbed it Capitol Hill Autonomous Zone with a tag line to “free Capitol Hill,” according to Twitter posts and a Capitol Hill Seattle Blog website, which detailed the development:

The first night in the so-called Capitol Hill Autonomous Zone that has formed in the wake of police giving up the week-long blockade of the East Precinct was rainy and peaceful and full of speeches from activists, agitators, poets, and socialist city council members.

The night brought tense moments but compared to the previous week of blast balls and clouds of gas and pepper spray, Pike/Pine was calm if not quiet — the county sheriff’s helicopter stayed circling overhead until midnight providing observations to SPD command on the ground and often drowning out speeches below. The only major reported conflict came when a TV news crew for the local Fox affiliate was temporarily chased from the scene and took up refuge in the nearby fire station.

The surprise pullback of SPD riot police and National Guard troops came together quickly Monday afternoon after a day of hastily clearing out equipment, moving trucks, and reports of a “mobile shredding unit” at the building at 12th and Pine that is home to the East Precinct headquarters as well as department office facilities.

Certain folks are asking why the CHAZ hasn’t been established around a port, air or sea. There’s the obvious answer, that this is an organic upswell of the community, not some protracted people’s war, and so there isn’t a lot of campaign strategy going on. 2/?

Seattle Mayor Jenny Durkan is being criticized for her response to the protests.

“What we are seeing now is an uprising. A rebellion of young people. Not just nationwide but globally,” District 3 representative and longtime Durkan critic Kshama Sawant said at the site of the protest:

Two years ago, there was a police contract up for the vote. It was a bad contract. It was a racist contract. It was going to roll back the limited accountability measures that were hard fought for by community members. And the community spoke with one voice and pleaded — pleaded — with Mayor Durkan and the City Council, ‘Please vote no.’ What do you think happened?

Sawant said in the blog report:

I was the only ‘no’ vote on that contract. We have to remember that what built the movement is not people who are in power that may look like you or me. But it is people who have shown to through their actions that they are in solidarity with ordinary people in marginalized communities.

“Citywide representative Teresa Mosqueda, who attended Saturday night’s demonstration on Capitol Hill with other elected officials, joined Sawant in this call Monday, saying that Durkan should “ask herself if she’s the right leader and resign,” the blog reported.

Mosqueda said that the council will be examining funding for the Seattle Police Department.

FYI curious readers wanting to know who drew that map, you can find that map and more on my thread https://t.co/eZxcnDe8IB 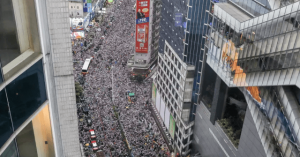 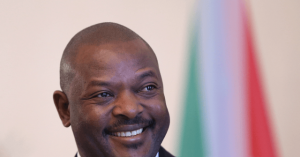