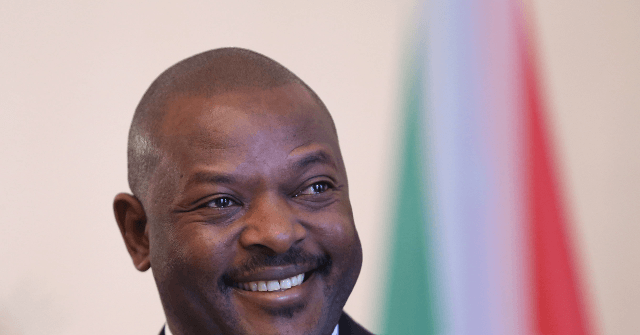 President of Burundi Pierre Nkurunziza died of a heart attack, the government said in a statement on Tuesday, Agence France-Presse (AFP) reported.

According to local broadcaster African Public Radio (RPA), the president was admitted to a hospital on Saturday evening in Karuzi, capital of Burundi’s Karuzi Province, with unknown symptoms, though some speculate he may have been suffering from Chinese coronavirus.

“According to reliable sources, President Nkurunziza was admitted Saturday night in critical condition to the Cinquantenaire hospital in Karuzi. Suspected of having contracted Covid-19 [Chinese coronavirus], it would have triggered the complication of other diseases, the same sources explain,” RPA wrote on Twitter.

“[A] helicopter landed this Monday afternoon on the grounds of the Cinquantenaire Hospital in Karuzi for an emergency intervention for the Head of State whose health situation was deteriorating furthermore, say our sources,” RPA wrote.

In late May, Burundi’s first lady Denise Bucumi Nkurunziza was believed to have been diagnosed with coronavirus and airlifted to a hospital in Nairobi, Kenya, for treatment, the Telegraph reported. Local African journalist Charles Onyango-Obbo wrote on Twitter on Tuesday, “First Lady Denise was airlifted to Nairobi 10 days ago, reportedly ill with #Covid19 [Chinese coronavirus], leading some to speculate Nkurunziza too might have been infected.”

The outgoing president was 56 years old. Nkurunziza had been due to step down from the presidency in August after 15 years in power, according to the Telegraph.

His death comes shortly after a national election on May 20 which saw his ruling party’s chosen successor, Evariste Ndayishimiye, secure a seven-year term as president. The election result was confirmed by Burundi’s constitutional court last Thursday, according to AFP. The May 20 election was widely viewed as Burundi’s first competitive national election since the country’s civil war in 1993.

Burundi’s last national election in 2015 saw Nkurunziza elected to a controversial third term. His reelection drew widespread criticism from across the globe. Citizens of Burundi protested the election results, holding demonstrations that grew violent. The U.N. accused Nkurunziza and his ruling party, CNDD-FDD, of human rights violations for suppressing the backlash, which the government denied. The international scrutiny eventually led Nkurunziza’s government to shut down the U.N.’s human rights office in Burundi last year.

Burundi is set to enter a week-long period of mourning following the president’s unexpected death. “The country is mourning for seven days from this Tuesday,” RPA wrote on Twitter. 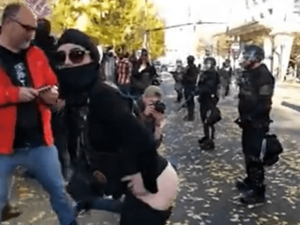