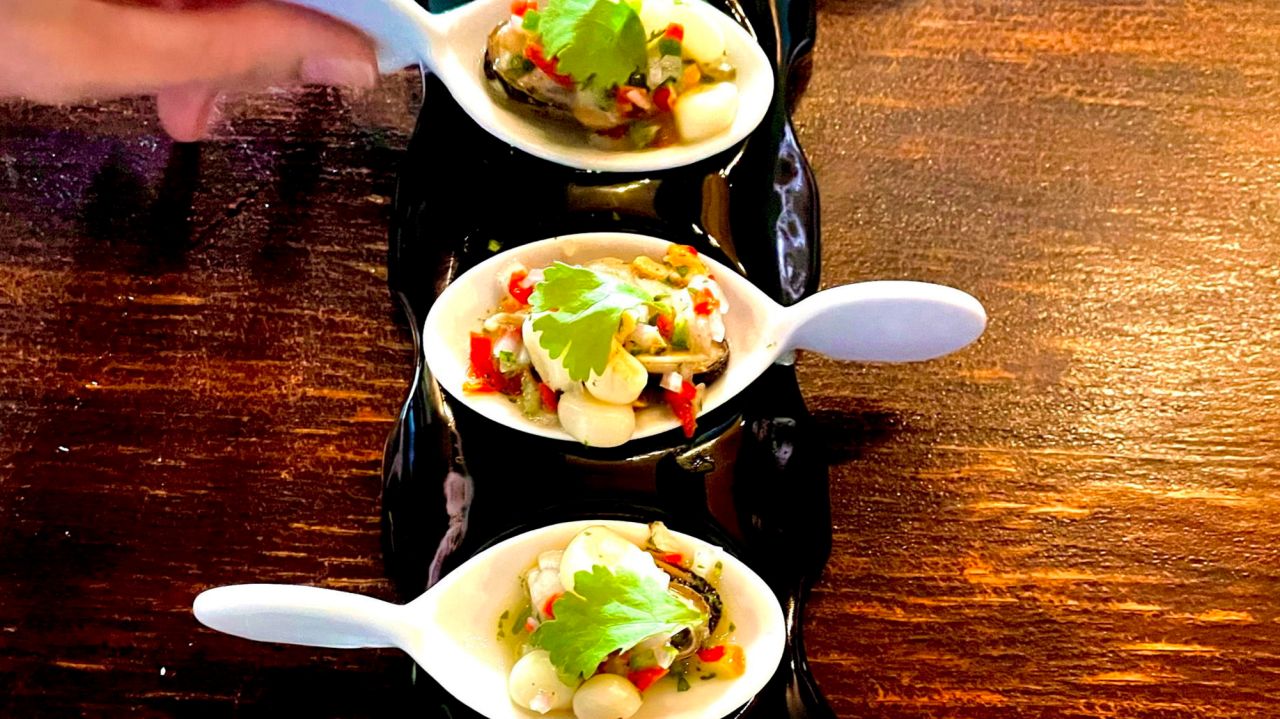 The drink is known as The Last Word, its creaky name a relic of a Prohibition-era birth, and a few sips are enough to send one into a boozy haze, albeit of a most pleasant sort. It’s a mesmerizing mélange of green Chartreuse, gin, lime juice and maraschino liqueur, all of it rumbled around a cocktail shaker until it becomes a margarita’s richer, more complex and certainly more potent sibling, and it was bartender Victoria Weiland who introduced me to it.

She is the prestidigitator-in-residence at a new Peruvian tapas place in Huntington village with a quite clever cocktail program. It is potentially a rich, complex and potent place. Appropriately, its owners Matt Sanchez and Jeff Alvarado have also called it The Last Word.

“It’s a cocktail bar first and foremost, and then Peruvian small plates,” said Sanchez. The restaurant opened in Sept. in the space formerly occupied by Almarco Italian Grill, which was seized by the State in 2019 for nonpayment of over $200,000 in taxes. A year later, Sanchez and Alvarado, Centerport and Huntington natives respectively, found themselves laid off from bartending jobs at Prime during the great shutdown of March, 2020. Necessity being the mother of wild restaurant ideas that might just work, Alvarado proposed a South American-themed cocktail bar. One problem, though.

“I said, ‘Jeff, I don’t really know anything about Peruvian,’” Sanchez recalled. “I’m Puerto Rican.” Luckily, there was an entire extended family of Peruvians (Alvarado’s) ready to initiate him and executive chef John Nazario into the cuisine’s many pleasures, even as a flurry of new area restaurants attested to its growing popularity (two have opened in nearby Huntington Station in just the past several months).

There is a modest number of items on Last Word’s menu, but all boast authentic recipes, bright flavors, shareable plating and, of course, cocktail-companionability. The choros a la chalaca ($16) arrived in six ceramic spoons, each containing a single lime juice-marinated mussel tossed with Peruvian white corn, cilantro and limo, a tongue-tasing pepper from Peru. “They’re my favorite thing on the menu,” Weiland said, and they might be mine, too — a delightfully crunchy spoonful of uniqueness. Equally enamoring: lomito saltado ($25), juicy slivers of stir-fried steak served not over rice but exploding from a sourdough bread bowl. Several ceviches include a bang-up shrimp and fish number ($20).

Needless to say, all roads lead to the beverage menu, an ever-evolving collection of what Sanchez called “city-level cocktails.” Last Word’s list is chock-full of novel, intriguing and site-specific libations.

“What I’m trying to do is take pro-type cocktails and throw in some South American flair,” said Alvarado.

At that moment, Weiland was painting the surface of a pisco sour ($14) with egg white foam before stenciling the restaurant’s logo onto it. The drink itself, an amber-hued presentation of Peru’s national spirit, was as cool and sophisticated as the chilcano ($14) was hysterical. There, pisco joined forces with basil, ginger beer and lime, perfectly living up to the hurricane glass in which it was served. And then there was The Last Word itself ($14), which I’ve become so enamored of, I actually blew 50 bucks on Chartreuse so I could make it at home.

“We aren’t about the stuffy and pretentious,” Sanchez said. “At the end of the day, it’s alcohol, and it should be fun.” 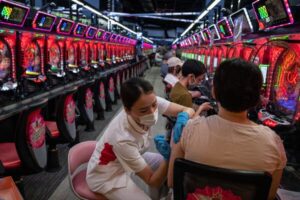