BROOKLYN, NY – Some fires were recently set in New York City and they were even set during a protest – but they weren’t the kind that people have become accustomed to when thinking fires & protests.

These relatively small fires, where the things burned were face coverings, were reportedly in response to pandemic guidelines enacted by Governor Andrew Cuomo.

And the ones behind these genuinely fiery, but peaceful protests were from none other than the Orthodox Jewish community.

Huh, here you are shaming Jews for peaceful protesting – but when BLM did it you guys dropped this headline:

It’s safe to say tensions have been “burning up” as portions of the country are still experiencing various iterations of lockdown mandates, whether they relate to business closures or some variation of them.

What started out as the touted “flattening of the curve” we heard so much about in March of this year eventually evolved into “until it’s safe,” to then the “new normal” and is something along the lines of now “until we crush the virus.”

Governor Cuomo ushered in some new restrictions to areas dubbed as “red zones” which will be subjected to what has been coined as “cluster actions.”

Areas like Brooklyn, Queens, and Broome as well as Orange and Rockland Counties happened to have seen an uptick in COVID cases.

So, these “cluster actions” resurfaced the likes of schools being closed, the infamous non-essential businesses being shuttered, and places of worship not being allowed to host more than ten people.

And if there’s an excessive gathering infraction in these areas – then violators can expect fines of up to $15,000.

Well, it also happens that these areas that are the infamous “red zones” are heavily populated by the Orthodox Jewish community.

Thus, the community gathered together to celebrate during one of the days of Sukkot on October 6th and had a little bit of a defiant mask burning in Crown Heights in the middle of the road.

And of course, those who think that mass gatherings should be illegal in modern times came out online to gasp at the sight of the Orthodox Jewish community gathered to peacefully burn masks.

But many online asked where that steadfast enthusiasm was when thousands gathered to hold up signs and yell at police officers.

So what about the BLM/Antifa “protests”…I mean riots where multiple businesses were vandalized and looted? We’re you outraged then?

Now the FDNY did wind up extinguishing the mask burning party, but it was still not exactly a dangerous fire by any stretch – and as mentioned – it was just personal masks being burned in the middle of the street.

Even though the trolls screaming about masks and the pandemic were parading through portions of the comments online, many couldn’t help but notice how quickly the FDNY was able to respond to the Orthodox Jews lighting a pile of masks on fire – but how buildings and other structures were able to go up in flames in New York City months earlier.

Exactly and another example of the hypocrisy and double standards from the elite Liberal Democrats.

Also, while a silly observation – the firefighters that responded weren’t wearing masks either.

Then you had people actually trying to compare the pandemic to the Orthodox Jewish community putting themselves at risk for a second “Holocaust.”

Don’t even try to compare the systematic execution of six million Jews via gas chambers, starvation, and other horrid means to a more potent case of the freaking sniffles. The Holocaust killed 2 out of 3 Jews in Europe by 1945. The virus does NOT kill 66% of those infected. https://t.co/nkQhR7Wtgu

Yes, somebody actually went that far with the comparison.

It really shouldn’t have to be explained how the two have literally nothing comparable.

Governor Cuomo proclaimed that he had spoken to members of the mentioned community prior to announcing his latest set of restrictions on October 6th, referring to the interaction as a “good” dialogue:

“I spoke to members of the Orthodox Jewish community today. I spoke to the leaders myself this morning. We had a very good conversation…I have been very close to the Orthodox community for many years. I understand the imposition this is going to place on them, and I said to them I need their cooperation.”

A recent statement released by Agudath Israel, which is an organization that represents the Haredi Orthodox communities, coined this “good conversation” that Governor Cuomo had with members of the community as more of a “monologue”:

“It should be made clear that the Governor’s reference to a ‘good conversation’ he had with a group of Orthodox Jewish leaders was largely a one-way monologue and contained no mention of this new plan.”

It’s time to talk about antisemitism against Orthodox Jews, particularly Haredi (traditionalist Orthodox) Jews. How Orthodox Jews are getting blamed for the rise in COVID in NY, and why that’s bad for all of us. It’s time to destigmatize: Thread. [1/9]

The community essentially feels as though that they’re basically being blamed for an increase in cases of the pandemic as well as having their personal liberties being infringed upon after having seen unchecked riots and protests transpire with little condemnation from officials.

It’s hardly surprising that they’re mad. But at least they didn’t burn down a building or loot a store. 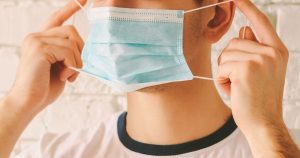 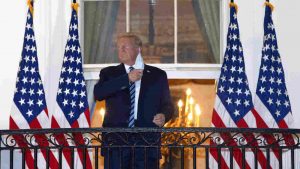