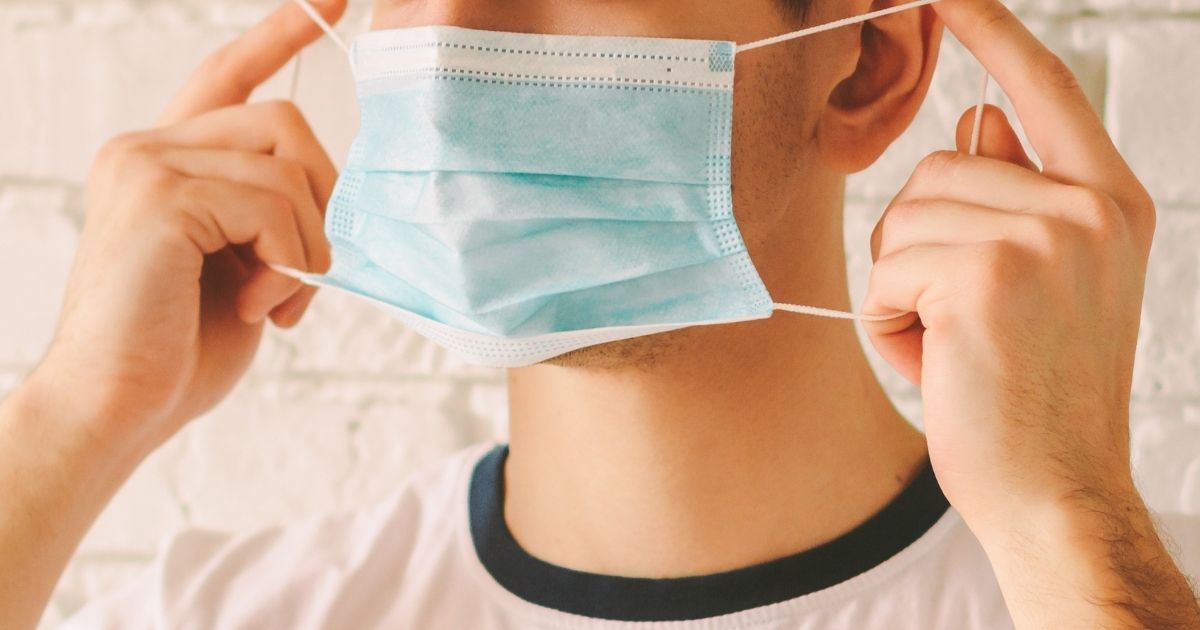 A Florida teen was arrested last month at his high school after allegedly refusing to wear a face mask while he was actively having a panic attack, according to a report.

According to the Orlando Sentinel, a 16-year-old young man at Winter Springs High School in Seminole County was arrested following an incident in which he refused a mask while he found himself in the throes of a severe anxiety episode.

The Sentinel obtained a report from the Seminole County Sheriff’s Office outlining the incident, which occurred on Sept. 17.

The teen, only identified by the initials A.P., was reported to be on probation through the juvenile court system for an unspecified offense, and was required to maintain good behavior while at school.

According to his mother, a woman named Alexis Rodriguez, her 10th-grade son suffers from an anxiety disorder, which contributed to the events that led to his arrest.

Rodriguez said her son visited the school office to ask for water on Sept. 17, as he was feeling anxious.

She added that while in the office, he refused to wear a mandatory mask, as he was having difficulty breathing.

There are conflicting accounts from the mother, versus the school and the sheriff’s office, as to exactly what occurred.

The Sentinel reported, “The sheriff’s report said the teenager was issued a discipline referral by a school dean — it does not specify what for — and then arrested because he was on probation and, as a condition of that probation, could not get in trouble on campus.”

Do you think it’s time to end mask mandates and lockdowns and allow people to make their own choices?

The newspaper added in its reporting, “A spokeswoman for the sheriff’s office said the arrest was for probation violations, not violations of the school district’s mask rules.”

Rodriguez said the refusal to wear the mask was what landed the teen in handcuffs.

She added that prosecutors declined to take up the case regarding the alleged probation violation related to the arrest, and is shocked over the incident.

“I couldn’t grasp it at first. Because of a mask?” she told the newspaper. “You have his records. I was just in a disbelief.”

The teen had reportedly been warned multiple times about wearing a mask, and about social distancing while at the school.

He was also previously caught vaping, per the sheriff’s office report obtained by the newspaper.

Rodriguez did say that during the month of September, her son had multiple run-ins with school officials regarding the mask issue, and she was working to provide documentation from a psychiatrist about her son’s anxiety disorder during that time.

But that point, going forward, is moot, as the teen will attend virtual school while he and the family move away from the district over the incident.

The mother is also filing a lawsuit.

The family’s attorney, Jose Rivas, commented, “Should they be arresting a 16-year-old child knowing he already has a medical condition?”

Rivas’ law firm also called the arrest “government abuse,” and also commented, “We will be seeking just and fair compensation for the illegal arrest … and the harm that this action caused him.”

Without the details of the teen’s juvenile record and medical history, it’s difficult to say whether his treatment was justified.

But it is worth noting that anxiety issues in kids can lead to bad behavior, and it appears the school’s zero-tolerance policy against not wearing masks did him few favors, if indeed he was having a major anxiety episode.

With the country’s health crisis, the related economic woes and the civil unrest, mental health issues are being reported with an alarming frequency, and these issues don’t exclude our country’s youth.

Additionally, some people are genetically predisposed to anxiety, and that should be recognized.

If you’ve never had a panic attack, they’re common and apparently quite unpleasant, according to the National Institute of Mental Health.

For some people, the moment can be a bizarre episode of uncomfortable physical symptoms, while others note feeling like they can’t sit still while their mind races.

Nearly all people who’ve had a panic attack can tell you one thing: it’s difficult to breathe while in a mental state of fight or flight.

The thought of being forced to wear a breathing-restrictive face mask during such an episode is one that those who weren’t blessed with an always calm demeanor would probably cringe thinking about.

Mask mandates have resulted in numerous unintended consequences just about everywhere, and this is one outcome that apparently wasn’t considered.

It certainly appears that this situation could have been remedied, if not avoided, had there not been such a focus on forcing face masks on all kids — especially those who find themselves prone to anxiousness and claustrophobia. 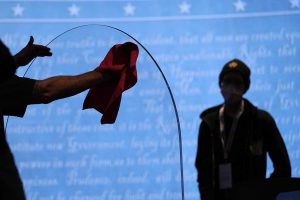