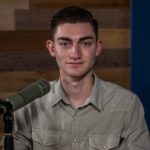 Whether you’re a student or a parent, the thought of an unsafe commute to school is nerve-wracking.

In New York, which is suffering through a crime wave, this fear translates into students bringing weapons into the classroom.

“What we see happening with our young people is indicative of what’s happening in the city as a whole,” said Mark Rampersant, New York City Education Department security director, according to the Daily News. “They don’t feel safe as they transition through multiple communities traveling to school.”

Weapons seizure as a whole is also surging, with 787 confiscated since July. That’s a 28 percent increase from 2018 and 2019, the Daily News reported.

There have been 88 weekdays since July 1, not counting holidays when New York public schools were closed. That means nearly 9 weapons were seized on average every day.

The seizure of weapons like Tasers, pepper spray and brass knuckles jumped to 224 this year, up from 52 in 2019.

While every story behind a weapons seizure is no doubt different, school officials have noticed a trend.

“Based on conversations with young people, these Tasers are defensive devices that they’re arming themselves with to protect themselves as they transition to and from school,” Rampersant said.

Adams is a former police officer who promoted a tough-on-crime agenda during his campaign, bucking the trend of many of his fellow Democrats.

It will be interesting to see how Adams will differ from de Blasio, who frequently feuded with the NYPD.

De Blasio agreed to cut $1 billion from the department during the “Defund Police” movement last summer, but the police budget ultimately ended up increasing this year, WPIX-TV reported.

Hopefully, Adams’ policies will not only reduce crime in New York to pre-lockdown levels but also ensure the city’s safety well beyond his time in office.

Kids should never feel like they have to bring a weapon to school in order to protect themselves, and progressive policies have created that disturbing environment in New York for years. 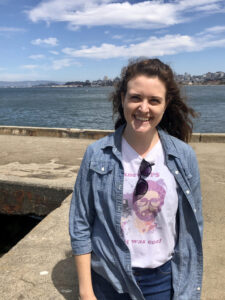 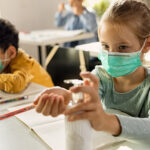 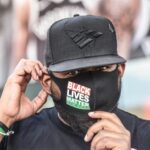