Most Los Angeles Police Department personnel who have tested positive for the coronavirus since June were unvaccinated, according to department data shared with The Times.

Since June 1, when the department first began tracking the vaccination status of infected employees, 249 sworn officers and 35 civilian employees have tested positive for the virus, the department said.

Of those, about 15% — 37 sworn officers and six civilian personnel — were vaccinated, while the remaining 85% were unvaccinated, the department said.

The department would not disclose the vaccination status of the 10 department employees who have died from COVID-19, citing “confidentiality” rules.

Nearly half of the LAPD’s workforce remains unvaccinated, a much higher percentage than the general public in L.A. County and in California. However, officials are hoping to change that soon, with the City Council requiring all city employees to be vaccinated by early October, unless they receive a medical or religious exemption.

Those who are exempt will have to submit to regular testing.

The new LAPD figures mirror infection patterns across California, where unvaccinated people are contracting and falling ill from the virus at far greater rates than vaccinated ones.

Those who have gotten so-called breakthrough infections after being vaccinated have generally suffered milder symptoms than unvaccinated individuals who come down with COVID-19, experts say.

The Delta variant of the coronavirus has been battering the LAPD and depleting its active ranks for weeks, leaving dozens of officers ill with new infections per week and sending some to the hospital in serious condition.

On Tuesday, LAPD Chief Michel Moore said the department — which has about 12,130 employees — had seen 59 new cases in the preceding week, bringing the total number of infected LAPD personnel since the start of the pandemic to 3,036. Of the infected, 2,482 were sworn officers.

A total of 2,856 employees have returned to work after being infected; the remainder are still recovering or quarantining at home.

City and LAPD officials have acknowledged the effectiveness of the vaccines against the spread of COVID-19 and in preventing serious illness and hospitalization among those with breakthrough cases, and have urged vaccination among police officers.

They say the effort is needed not only to protect officers and their families, but also the members of the public who come into contact with officers.

The department recently issued an internal video in which it had the widows of LAPD personnel who died from COVID-19 speak to their loss and urge other members of the department to get vaccinated. Moore said about 100 LAPD personnel have gotten the jab as part of a mobile vaccination effort in recent weeks.

Still, critics say LAPD brass aren’t doing enough to ensure their workforce is vaccinated, and are failing to enforce rules that require officers to wear masks in public. Activists routinely film officers interacting with the public without masks on.

The police union has urged vaccination, but also expressed concern about the city’s vaccination mandate. It remains in negotiations with the city about how the requirement will work, but Moore told the civilian Police Commission on Tuesday that the union has conceded the point that such requirements are legal.

The department has received questions from personnel about receiving medical and religious exemptions, but a spokesman said it had not processed any formal requests as the city is still finalizing exemption policies.

State data last month showed the rate of coronavirus infections among unvaccinated residents was six times greater than the rate among vaccinated people. 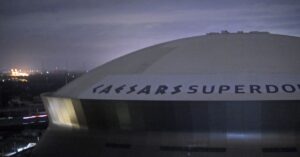 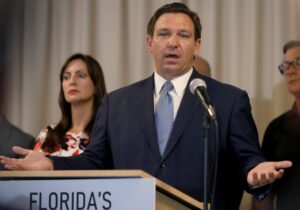 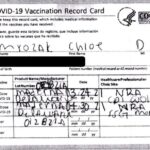 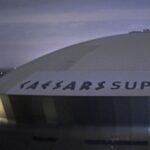 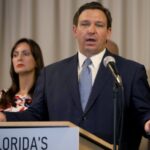 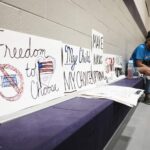