The California attorney general’s office filed charges Monday against a Los Angeles police officer who shot and killed a mentally disabled man during an off-duty confrontation at a Costco store in 2019.

Salvador Sanchez, 32, was arrested in Riverside County on Monday and charged with voluntary manslaughter and two counts of assault with a firearm, according to a criminal complaint made public Monday.

“Where there’s reason to believe a crime has been committed, we will seek justice,” California Atty. Gen. Rob Bonta said in a statement. “That’s exactly what these charges are about: pursuing justice after an independent and thorough review of the evidence and the law. Ultimately, any loss of life is a tragedy and being licensed to carry a gun doesn’t mean you’re not accountable for how you use it. No matter who you are, nobody is above the law.”

A Riverside County grand jury had declined to indict Sanchez, who fatally shot 32-year-old Kenneth French and wounded his elderly parents inside a Costco in Corona in June 2019. French lived at home with his parents and had the mental capabilities of a teenager, according to relatives.

Sanchez’s attorney, David Winslow, did not immediately return calls for comment on Monday. He has said previously that the officer was holding his young son and waiting in line for free food samples when French knocked him to the ground.

Sanchez later told LAPD investigators that he thought he had been shot and believed he saw French still pointing a gun at him and his son, he told investigators. He pulled out his own gun and fired twice.

French collapsed but still had a “concentrated, intense look in his eyes, still looking at me and my son,” Sanchez claimed to investigators. “I remember we were face-to-face and his arm was still extended out, and I believe he still had that same gun, and I fired twice more in his direction at him.”

Sanchez said he did not see French’s parents as he continued firing, sending off a total of 10 rounds into the store full of shoppers.

While Sanchez and his attorney have painted the encounter as a life-or-death struggle, police documents made public in 2019 showed the officer was at least 20 feet away from French and his parents when he opened fire. Police officials have also said less than four seconds elapsed between French striking the officer and the eruption of gunfire.

Last year, LAPD Chief Michel Moore and the city’s civilian Police Commission ruled Sanchez’s actions were out of policy and were weighing whether or not he should be fired.

“The decisions and actions of this officer cannot be justified and are inconsistent with the Department’s core values, training and expectations of every member of this organization,” Moore said last year.

Sanchez, an eight-year veteran of the LAPD, was stripped of his police powers and assigned to home. Calls to an LAPD spokesman for comment were not immediately returned Monday.

A law enforcement source, however, told The Times that Sanchez is no longer employed by the LAPD. The source spoke on the condition of anonymity in order to discuss a confidential personnel matter candidly. It was not clear if Sanchez resigned or had been fired.

French’s parents have filed a civil suit against Sanchez and the city of Los Angeles. 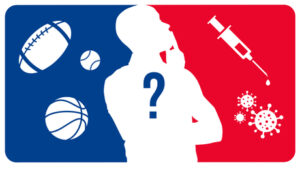 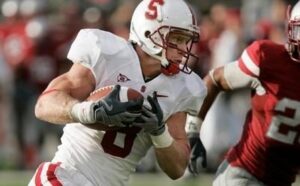