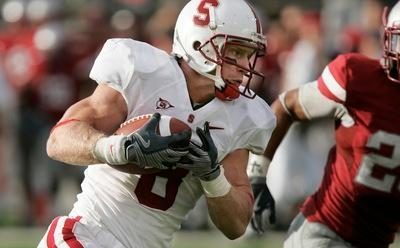 The 10-person class is comprised of eight athletes, a coach and a sports contributor.

They will be honored at a banquet at Roundhill Country Club in Alamo on Sept. 30 and during halftime at Monte Vista’s homecoming game on Oct. 1.

Jessica Steffens graduated from Monte Vista in 2004. She led the school to North Coast Section titles as a junior and senior, then went on to play at Stanford. She was on the U.S. senior national team for more than six years. In addition to a gold medal at the London Games, she helped the U.S. win a giver medal at the 2008 Olympics in Beijing.

Whalen was a three-year starter at Stanford during the Jim Harbaugh era after a storied football and basketball high school career. He graduated from Monte Vista in 2007.

Brian Barbour (Class of 2009): Led Monte Vista to its first NCS basketball championships, in 2007 and 2009. Was a three-time captain at Columbia.

Jason Hill (Class of 1995): First-team all-state in baseball as a senior. Played at Cal before a 10-year pro career with the Angels, Reds, Marlins, Padres and Phillies organizations.

Sports Contributor, Jerry Davis: Volunteered as the football team’s physician from 1981 to 1999. 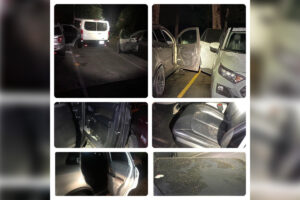 Bear opens 8 car doors in Colorado town in 1 night: ‘Lock all your windows and doors’