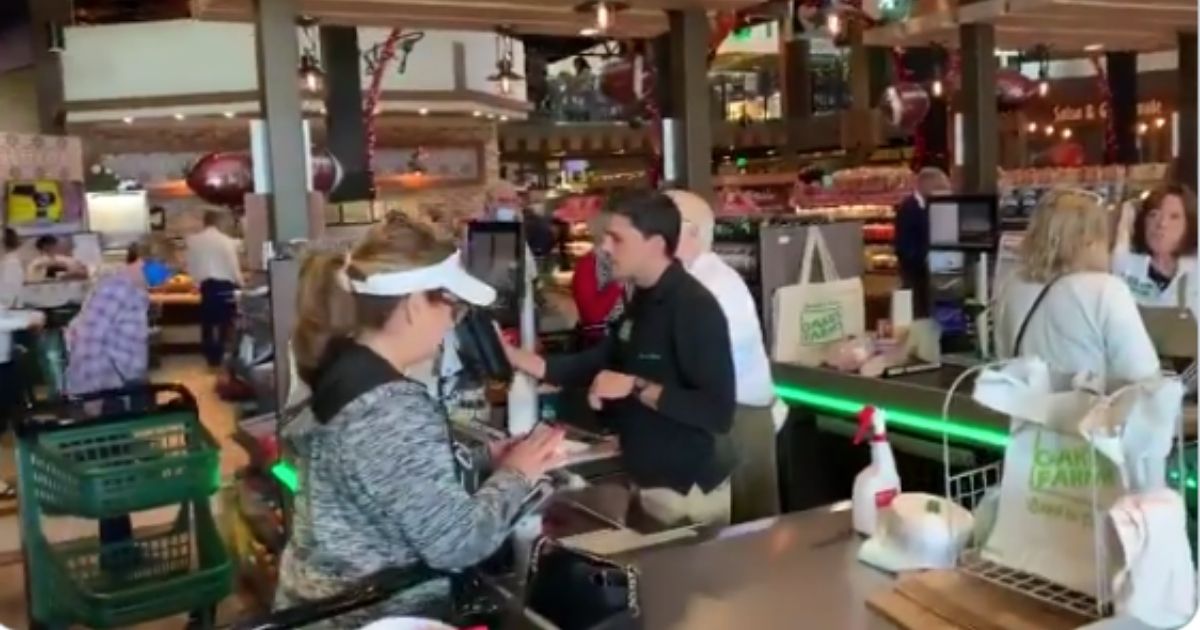 Dr. Cleavon Gilman, best known to Twitter users as Cleavon MD, has excerpts from the Hippocratic Oath on his COVID-19 journal, apparently to highlight the parts he feels are important.

“I will remember that I remain a member of society, with special obligations to all my fellow human beings, those sound of mind and body as well as the infirm,” one excerpt reads.

“I will remember that I do not treat a fever chart, a cancerous growth, but a sick human being, whose illness may affect the person’s family and economic stability. My responsibility includes these related problems, if I am to care adequately for the sick,” another says.

Don’t tell this to Gilman, who spends his downtime as a digital warrior for the left.

TRENDING: Biden Considering Dem Plan to Cut Even More of the Middle Class Out of Next Stimulus Checks

Occasionally, warriors fire wildly off-target. Such was the case with this deleted tweet from Wednesday:

Very normal tweet for an ER doctor who fights for “humanity.” pic.twitter.com/2FYmASZkEB

The tweet involved a video of maskless people in a grocery store in Naples, Florida. Gilman, who has practiced medicine in recent years in both New York City and Arizona, doesn’t appear to have any particular connection to the Sunshine State. He just felt like sharing he didn’t care if these people died, but he definitely didn’t want them getting vaccines.

Should Dr. Gilman be fired?

Not that Dr. Gilman is necessarily constrained by the Hippocratic Oath while he’s on Twitter. But if you’re going to spotlight your dedication to your “special obligations to all my fellow human beings, those sound of mind and body as well as the infirm,” you might want to stay away from tweeting things like “let’em die” and “no vaccines for y’all.” His tweet certainly doesn’t evince someone who fights for “humanity” and “social justice,” as his Twitter profile reads.

If you’re not familiar with Gilman, he’s has become a minor celebrity in the COVID-19 era, mostly propped up by people aligned with his political beliefs.

The Iraq War vet doesn’t just tweet on matters related to COVID, although that’s what’s gained him the most attention. He ostensibly focuses on coronavirus deaths, although policy will sometimes make it onto his feed.

Teachers have lost colleagues to Covid-19 and worry about being next. But, they say, no one’s listening https://t.co/ghl3HxRajc

However, we can also find tweets like this, highlighting the sordid element in the Jan. 6 Capitol incursion:

Domestic terrorist at the Capitol wearing a green book bag with a megaphone yells, “1776” which is a “call to arms” #DCTerrorists pic.twitter.com/JrBdHJfQod

Gilman received national coverage late last year when he was briefly fired for a tweet.

“Just got to work and was notified there are no more ICU beds in the state of Arizona,” he wrote.

That diverged with the official facts, given Arizona Gov. Doug Ducey said there were over 100 ICU beds, according to Medpage Today. Gilman was briefly taken off the job.

This didn’t raise red flags for anyone. In fact, it raised his celebrity. Oprah Winfrey offered him a vacation and then-presumptive President-elect Joe Biden gave him a call:

We should be taking care of those taking care of us. Thank you @Cleavon_MD for the work you’ve done and will continue to do. You’ll need a vacation once this pandemic is over—and I’ll gladly send you and your immediate family anywhere you want to go. I’ll be in touch 🙏🏽👨🏽‍⚕️ https://t.co/4pFkZR9rnt

We are thankful to Dr. Gilman and all the inspiring frontline workers who risk their lives to protect us during this pandemic.

We promise you this: You have a partner in the Biden-Harris administration. pic.twitter.com/vcDDL0rOLh

No word on whether either one has reached out to him for support after this one.

Gilman defended his tweet about ICU beds, saying he should have freedom of speech on the matter.

“What I don’t get is how I’m in a state where they talk about freedom of ‘I don’t have to wear a mask,’ yet I don’t have the freedom to speak openly about this deadly pandemic. And that’s what this hospital did they … tried to muzzle my voice,” he said.

Again, I didn’t see the usual voices chiming in, talking about how his firing wasn’t a cancelation, it was just holding him to account for what he said. However truthful Gilman’s claim might have been, he would return to work later in December, according to a glowing January profile in Medscape.

Anyway, Gilman doubled down Thursday morning on his “let’em die” post, claiming in a tweet that “Republicans [are] trying to take my words out of context as if I deny medical care to people that don’t wear masks and ‘let’em die.’ My point is that we can’t waste energy on these COVID deniers.. they are not gonna protect themselves so let’em die. They’ll find out the hard way.”

Great, so he claims he doesn’t deny medical care, yet he’s perfectly fine with letting people who don’t wear masks die because they aren’t worth doctors’ “energy.” It’s not a great look for anyone, let alone a doctor who’s supposed to be saving lives. (Both tweets have since been deleted.)

While Gilman got his job back following the last controversy, one imagines this time might be a bit different. As much as we need emergency room doctors, we don’t need any attending physicians who think it’s perfectly dandy to tweet “let’em die” in response to people who weren’t wearing masks.

That’s not the freedom to speak openly — and it certainly shouldn’t be the words of a man who took an oath to “remain a member of society, with special obligations to all my fellow human beings, those sound of mind and body as well as the infirm.”

Colorado one of 4 safest states during COVID-19 pandemic, study finds 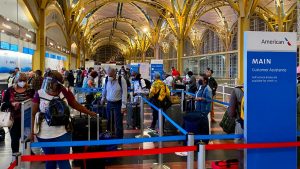