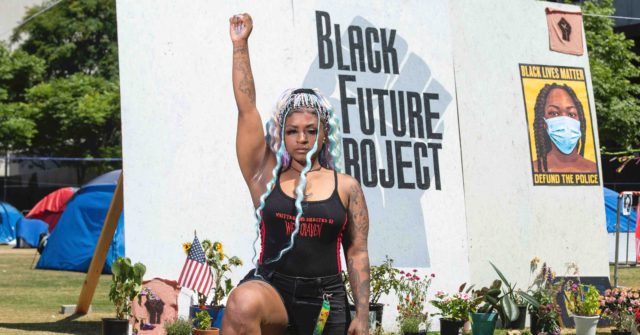 The Los Angeles County Sheriff’s Department (LASD) cleared out an encampment of full-time protesters Sunday morning that had been present since the George Floyd protests began in late May. Residents claimed it was “retaliation” for protests of a recent shooting in South L.A.

Los Angeles County sheriff’s deputies shut down a months-old protest encampment in downtown L.A.’s Grand Park early Sunday in a move that activists criticized as retaliation for recent protests of a deputy-involved shooting.

The encampment first appeared in Grand Park across from City Hall in June amid protests over the death of George Floyd in Minneapolis. It was cleared out around 3 a.m. after deputies declared an unlawful assembly in the area, the Sheriff’s Department said in a statement.

Authorities said the action was taken because of “deteriorating conditions” in the park. They denied it was connected to the shooting of two deputies in Compton late Saturday or recent demonstrations against the department in South L.A. after deputies shot and killed bicyclist Dijon Kizzee. On Friday, deputies in riot gear surrounded a peaceful news conference held by some of the same demonstrators.

Roxanne Allen, 29, scoffed at allegations of drug use or poor conditions. She said the encampment had been a positive place that fell victim to “retaliation” from the Sheriff’s Department’s over the protests following Kizzee’s death.

Grand Park is frequently the site of left-wing protests. Last year, Democrats gathered there for a pro-impeachment rally; earlier this year, Black Lives Matter supporters toppled a statue of George Washington that stood in the park.

In this case, the protest encampment had become a headquarters for a group called Black Unity L.A. It had also allegedly attracted homeless people.

There have been riots in South Los Angeles in response to Kizzee’s death. Police reported that he fought with them and that he was armed at the time he was shot.

On Saturday evening, two LASD deputies were shot — one in the face, one in the head — as they sat in their patrol car in Compton. They were rushed to hospital.

Left-wing activists attempted to blockade the hospital entrance on Saturday as the two critically wounded LASD officers arrived, chanting “We hope they die” and obscenities.

The deputies are expected to survive. 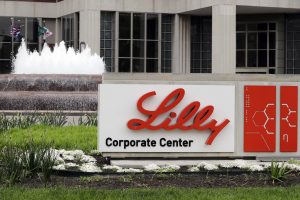 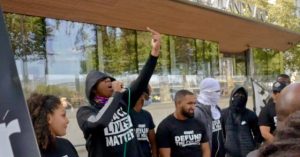 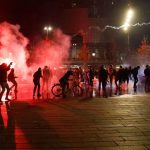 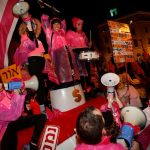 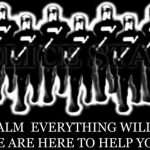 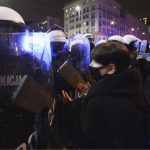