How the Novavax Covid-19 vaccine works 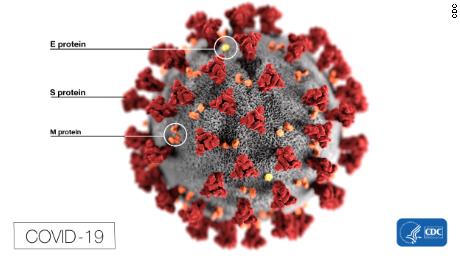 Data from the company’s large-scale Phase 3 clinical trial of the vaccine in the US and Mexico are expected this month, but the timeline depends on how quickly it accumulates data on the prevalence of disease in trial areas.
The company’s vaccine against Covid-19 has been a year in the making, Dr. Gregory Glenn, president of research and development for Novavax, told CNN. The work began even before the world realized it faced a pandemic.
In January of last year, Glenn and his colleagues were closely watching an unusual cluster of pneumonia reported in China. They wondered whether that outbreak could be due to another version or recurrence of the coronavirus that causes severe acute respiratory syndrome or SARS.
“It occurred to us that this just might be ‘SARS 2,’ ” Glenn said. “The sequence was published on the Internet, the genetic sequence for the virus — and we could see it was a coronavirus. Then we kicked into action.”

When the sequence published online, scientists around the world quickly identified the SARS-CoV-2 virus, which causes Covid-19, as a coronavirus because it has what are called “spike proteins” on its surface. These spikes form large protrusions, giving coronaviruses the appearance of wearing crowns. Corona is the Latin word for “crown.”
These knob-shaped structures are what the virus uses to connect to human cells, causing infection. Getting the immune system to recognize and “remember” those spike proteins is key in how a vaccine helps protect against Covid-19.
Yet the way various coronavirus vaccines do that can vary.
Novavax’s coronavirus vaccine, called NVX-CoV2373, differs from the three vaccines already being distributed in the United States. The vaccine relies on what is called recombinant nanoparticle technology and Novavax’s adjuvant, called Matrix-M, to stimulate an immune response and stimulate high levels of neutralizing antibodies.
When the genetic sequence for the coronavirus was published, Novavax scientists identified the gene for the spike protein and created a modified version of that gene. The researchers cloned the genes into a baculovirus that infects insects. They then infected moth cells — specifically, cells from the fall armyworm insect — with that virus, prompting them to produce the coronavirus spike protein.
These virus-like nanoparticles were harvested to make Novavax’s vaccine.
“The whole idea of the vaccine is to show the immune system something that looks, tastes and acts like a virus, with the exception that it doesn’t make you sick. So we made the spike protein. We put it in a particle — basically, like a soap bubble — and it’s the size of the virus,” Glenn said.
“It’s not infectious. We never touch the coronavirus itself,” he added. “Then that is given to people, and they make an immune response that’s very much focused just on the spike — and I would say, the hallmark of our vaccine is it gives a very strong immune response with very few side effects, and the dose is very small and the vaccine can be stored with normal refrigerated temperatures.”
That’s different from the Covid-19 vaccines made using messenger RNA carried in fatty particles called lipids. They’re more fragile and must be kept frozen.
The two mRNA vaccines that were authorized last year in the United States — Pfizer/BioNTech and Moderna — both use genetic material to stimulate an immune response.
When the vaccine is injected in a person’s arm, that genetic material gets taken up by cells in the arm muscle, which then follow the genetic instructions to make tiny pieces of the spike protein. Those little proteins stimulate an immune response, generating antibodies and immune cells that remember what they look like and that will be ready to respond quickly in case of a fresh attack.
Johnson & Johnson’s single-shot vaccine, which was authorized in February, uses a weakened common cold virus as a vector to carry the genetic instructions into arm cells, and they make the pieces that look like part of the coronavirus spike protein.

‘We were a small company’

Novavax expects to apply for emergency use authorization for its Covid-19 vaccine sometime in the second quarter of this year. But the company is already manufacturing the vaccine at 10 sites in eight countries — with two sites in the United States: North Carolina and Texas.
“They’re all at different stages,” Glenn said. “Some are earlier, but all are up and running and working on the vaccine. So, we expect to have a very large capacity.”
Novavax’s coronavirus vaccine was not among the first authorized in the United States because the company had to build the staff needed to develop such a new vaccine, Glenn said.
“We were a small company,” he said, in comparison with some of the larger vaccine makers such as Pfizer and Johnson & Johnson.
“We had to recruit people, and our funding was kind of low,” he said. “In addition to all the challenges of developing the vaccine, which is really complicated, we had the challenge to build a company.”
But Novavax has “reached a really good point now,” Glenn said.

Novavax’s Phase 3 Covid-19 vaccine trial in the United States and Mexico has enrolled 30,000 volunteers across more than 100 locations.
A final analysis of data from another large-scale Phase 3 trial in the United Kingdom showed Novavax’s vaccine has an overall efficacy of 89.7% in preventing mild, moderate and severe disease. That finding was announced last month.
Novavax’s UK trial, with more than 15,000 participants ages 18 to 84, found that the vaccine had an efficacy of 96.4% against mild, moderate and severe disease caused by the original coronavirus strain and 86.3% against the B.1.1.7 variant first identified in the United Kingdom, the company said.
In their vaccine trials, Moderna saw 94.5% efficacy, Pfizer saw 95% efficacy and Johnson & Johnson 66% efficacy. However, the Novavax and Johnson & Johnson vaccines were studied later in the pandemic after researchers had identified the emergence of the coronavirus variants, compared with the Moderna and Pfizer vaccines that were studied earlier. Among the vaccines, trials differed also on where they were studied, which may help explain differences in efficacy.
Novavax’s UK trial also showed that 14 days after the first dose, the vaccine efficacy was 83.4% in the trial, Novavax said.
Novavax expects to see similar trial results in the United States — especially as the B.1.1.7 variant continues to circulate, Glenn said.
“In the UK, the strain called B.1.1.7 became predominant and that strain looks like it is more severe in terms of causing more deaths than the original strain. That strain is kind of taking over in the US too. Some people are expecting that by April for all the virus or most of the virus to be this new variant B.1.1.7,” Glenn said.
“We are confirming our high efficacy against that strain as 86%,” Glenn said. “That’s really encouraging for our US data. It suggests our US trial, even if the virus evolves, will look very good.”
The company also noted that in an analysis of a smaller-scale Phase 2b trial in South Africa, where the B.1.351 variant was first identified. The vaccine had an efficacy of 55.4% among HIV-negative people.
Across both trials in the United Kingdom and South Africa, the vaccine offered 100% protection against severe Covid-19 resulting in hospitalization or death, Novavax said.
The vaccine also was well tolerated with few severe or serious adverse events in both the UK and South Africa trials, according to the company.
“We are very encouraged by the data showing that NVX-CoV2373 not only provided complete protection against the most severe forms of disease, but also dramatically reduced mild and moderate disease across both trials,” Stanley Erck, president and CEO of Novavax, said in the statement.
“Importantly, both studies confirmed efficacy against the variant strains,” Erck said.
Novavax’s final analysis of the UK trial data “continues the stream of excellent news” the world has had about vaccines in the last few months, Michael Head, a senior research fellow in global health at the University of Southampton, said in a statement distributed by the UK-based Science Media Centre in March.
“It’s a remarkable achievement to have so many candidates either already approved or showing such positive results ahead of an application to the regulators,” said Head, who is not involved in the Novavax studies.
“One note of caution is the observed lower effectiveness against B.1.351 variant of concern, as first observed in South Africa. This shows the impact variants can have upon the pandemic response and thus is a strong argument for keeping cases as low as possible whilst the burden of COVID-19 is high,” he said.
“However, there is still a clear protective effect there in the Novavax trial, and data from across all the COVID-19 vaccines suggests that they will be hugely protective against severe illness from all variants, which is still an excellent outcome.” 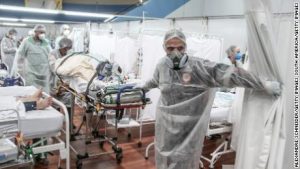 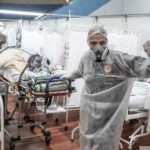 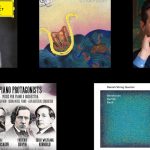 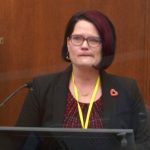 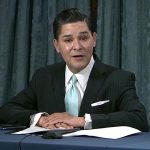