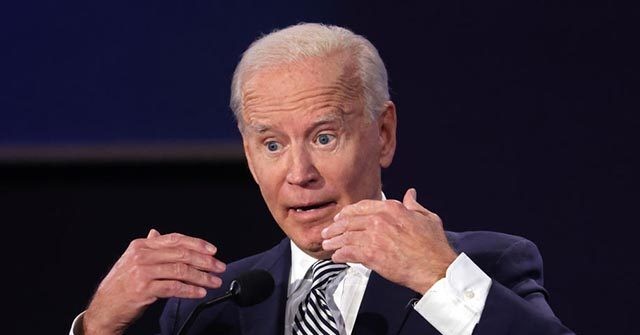 CLAIM: Vice President Mike Pence claimed that former Vice President Joe Biden didn’t have his own coronavirus policy, but simply copied that of the Trump administration.

The first question of the vice presidential debate was about the Trump administration’s response to the coronavirus pandemic. Sen. Kamala Harris (D-CA) was given the first chance to respond, and to explain what Biden’s policy would be. Instead of explaining the Biden policy, Harris attacked Trump’s policy.

Pence responded by outlining the steps the administration had taken, from the China travel ban to the vaccine program; from revamping testing to providing medical supplies. He then added that what Biden had proposed to do sounded very similar to what the Trump administration had already done. “It looks a little bit like plagiarism, which is something Joe Biden knows a little bit about,” he quipped.

For example, Biden said that Trump should have asked China to admit American scientists; he had already done so. Biden said that Trump should invoke the Defense Production Act; he did so before Biden issued his statement. And Biden claimed this week that he would tell governors and local leaders to take responsibility; Trump not only did that, but also provided them with emergency medical supplies that they had largely neglected to maintain themselves.

As president, I will:

I won’t waste any time getting this virus under control.

Biden has, however, also said that he would not implement mask mandates because they are likely unconstitutional. The Trump administration has also developed the world’s largest testing program, and is accelerating the development of treatments and vaccines through Operation Warp Speed.

The major difference between Biden and Trump’s approach is that Biden has said that he would be willing to shut the economy down again – completely — if there is a new surge in coronavirus cases. Trump has said he would not do that.

The Trump administration has also fought against edicts by Democratic governors and mayors to shut down religious services, arguing that the First Amendment right to religious liberty should not be less important than, for instance, the right to shop at Walmart. And Trump has pushed for schools to re-open, in line with the recommendations of pediatricians. Biden has sided with teachers’ unions, who insist that cases fall before schools be allowed to reopen.

So Biden’s plan does mirror Trump’s plan, though it is different in terms of its willingness to shut down society, and its disregard for the constitutional rights of the states and the people.

Whether the similarities between the plans is merely coincidence, or copying, is unclear and cannot be confirmed. 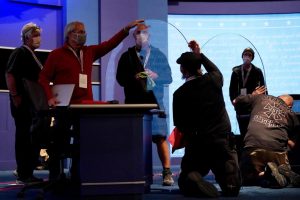 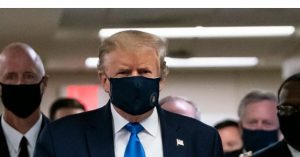