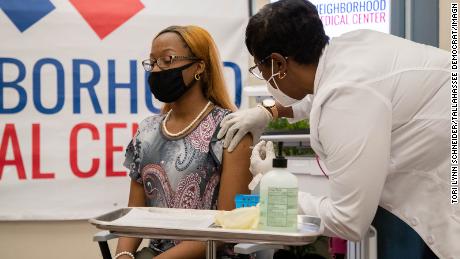 Illinois joins a growing number of states that have largely ditched capacity restrictions on businesses. Many of those moves came as vaccinations rose and the US Centers for Disease Control and Prevention said last month that fully vaccinated people generally don’t need to wear masks indoors or outdoors.
Chicago Mayor Lori Lightfoot said the move makes her city the largest US municipality to fully reopen.
“With today’s announcement … our economy is really poised to come roaring back,” Lightfoot told CNN on Friday morning, adding in a later news conference: “Now it’s time for you to get up, get out of the house this summer, and, fully and safely … enjoy the events of the best city on the planet.”
New York, the nation’s most populous city, has removed many coronavirus restrictions, but its businesses still have some social distancing requirements, and the city is subject to arena capacity restrictions and special rules for certain large gatherings. New York’s governor has said even those statewide rules will be lifted soon, once the state sees 70% of its adults receive at least one Covid-19 vaccine dose.
Los Angeles, with a population between New York and Chicago, has capacity restrictions for things such as shops, hair salons, gyms and indoor dining.
The chance to fully reopen is exciting, the owner of a coffee shop in Chicago’s South Loop told CNN affiliate WBBM.
Chicago French Press reopened in September and stayed afloat in part because of a huge courtyard where customers safely could enjoy their morning brews outdoors. But the removal of capacity restrictions is more than welcome, owner Kris Christian told CNN affiliate WBBM.
“It’s really for us about being ready, stocked, staffed to accommodate the influx of people,” Christian said. “We expect people to come out. The theaters (are) seeing heavier traffic. So, I’m excited just to be able to accommodate and be able to have that customer experience that we’ve always wanted without this limitation or hesitation.”
Illinois officials called their move the final phase of the state’s five-stage reopening plan. The step eliminates all capacity limits on businesses, large-scale events, conventions, amusement parks and “all other venues,” the governor’s office said.
The decision came after vaccinations soared and coronavirus cases dropped. More than 68% of Illinois adults have received at least one dose of a Covid-19 vaccine, the governor’s office said.
Illinois’ seven-day average for new daily cases — 413 as of Thursday — is far below its peak for spring 2021 (3,388 on April 13) and its pandemic summit (12,384 on November 16), according to Johns Hopkins University.
“A strong economy requires that people not only feel safe, but truly be safe, as they go about their lives as workers, neighbors, consumers, and friends — and thanks to the lifesaving power of vaccinations, that day is finally here for Illinois,” Gov. JB Pritzker said in a news release.
“You did it, Illinois,” he added.
The state has said fully vaccinated people can resume activities without wearing a mask except where required by federal rules — such as those for airlines and public transportation — and local rules.
The state still requires masks in schools and day care facilities. It also allows municipalities and businesses in most industries to enact their own coronavirus rules, including face mask requirements.

The pandemic has meant shortened hours and decreased tips at Chicago Waffles in the city’s South Loop, waitress Erika Estrada told WBBM.
“We’re happy because we’re going to be, like, 100%,” she said of Friday’s reopening. “It’s going to be … more money. People can come and, like, enjoy our food; it’s really good, too.”
Wrigley Field will open Friday to a full-capacity crowd for the first time since September 2019, the team said. The Cubs kick off a three-game homestand against their division rival St. Louis Cardinals in a game dubbed “Opening Day 2.0.”
At southwest suburban Flossmoor Station restaurant and brewery, managers plan to wade back into full-capacity service carefully, with full seating on the patio but only 75% of seats filled indoors — until everyone is comfortable.
“We’re excited, but we’re cautiously excited,” owner Carolyn Armstrong told CNN affiliate WLS. “And I don’t want to just put a bunch of, cram a bunch of tables together. I want to kind of ease into it.”

Media Asked Fauci for Help Informing Americans About COVID-19, But Here's What He Told Them to Do Instead 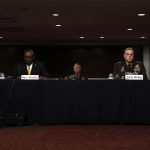 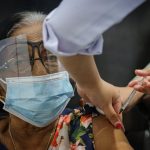 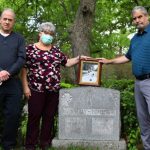 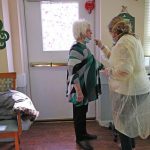 No Mass. communities deemed high or moderate risk for COVID-19 this week