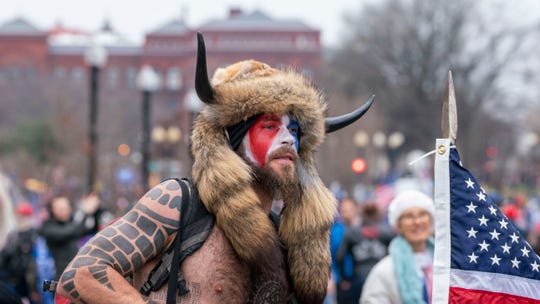 Fallout from the Jan. 6 riots at the U.S. Capitol remains ongoing nearly a month later as rioters continue to be arrested as others await their day in court.

In Washington, D.C. on Thursday, in order to accommodate a judicial order that he be fed an organic diet, the Phoenix man who took part in the raid of the U.S. Capitol wearing a fur hat with horns was moved to a jail in Alexandria, Virginia, that could give him his preferred food.

Jake Angeli was moved out of the D.C. Department of Corrections and booked into the Alexandria Detention Center, according to a memorandum filed in federal court on Thursday.

A spokesperson for the jail said it was not certain if Angeli had eaten since being booked into the jail, but said food is typically available for incoming inmates who need sustenance. An attorney for Angeli said in court during a Wednesday hearing that his client had not eaten for nine days.

Elsewhere, arrests continued for people involved in the Jan. 6 riot. A USA TODAY database has cataloged 187 arrests so far.

In Pennsylvania on Thursday, Rachel Marie Powell, wanted for her alleged role in the riot, was taken into custody in New Castle, according to the FBI in Pittsburgh.

Powell, known as the “bullhorn lady,” is a mother of eight from rural Sandy Lake in Mercer County, Pennsylvania. She was recognized in videos and photographs of the rioting wearing a pink hat, ramming a pole into the Capitol building and using a bullhorn to issue orders.

In the FBI’s criminal complaint, Powell is connected to a scene inside the Capitol in which a group of people were “discussing how to further penetrate the Capitol building.”

Also in Pennsylvania, a Kentucky man was reportedly arrested Thursday in connection with the riot, with federal authorities accusing him of spraying mace at police officers during the Jan. 6 attack.

Peter Schwartz was arrested in Uniontown, Pennsylvania, according to reports from Pittsburgh news outlets.

He was charged federally with entering restricted grounds, entering grounds with the intent to impede government business, disorderly conduct on Capitol grounds, assault on a federal officer and obstruction of law enforcement during civil disorder.

And in New England on Thursday, a Maine man and a Massachusetts man were both  arrested for their roles in the riot, the FBI said.

Authorities said Fitzsimons scuffled with police officers while trying to enter the Capitol, while McCreary entered the building and was captured in photos near Jake Angeli. 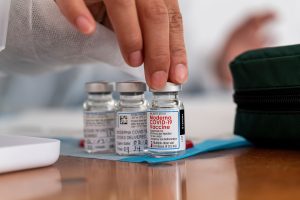