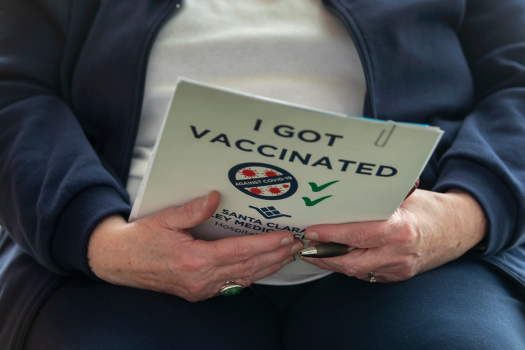 SANTA CLARA, CA – FEBRUARY 9: Sheila Blash, 78, holds an “I got vaccinated” card after getting her coronavirus vaccine shot at Levi’s Stadium, Monday, Feb. 9, 2021, in Santa Clara, Calif. The site opened today and may ramp up to be the largest coronavirus vaccination site in the state. (Karl Mondon/Bay Area News Group)

California on Monday launched a new COVID-19 vaccine distribution system operated by insurance giant Blue Shield of California, a shift that state officials say will speed up the rollout of doses and unify what’s been a county-by-county patchwork of eligibility standards.

But for Bay Area residents, it will take a few more weeks to notice any difference.

One of the most glaring changes of the new system will be that the state’s My Turn online system, which can be accessed at myturn.ca.gov, will serve as the central site for all Californians to sign up for vaccination appointments. Individual counties and healthcare providers will still play an essential role in immunizing people at their vaccination sites and mobile clinics, but the central booking system hopefully will make obtaining appointments more efficient and straight-forward.

Additionally, when the state decides to expand vaccination eligibility to the next layer of the population whose turn comes up for doses, every county in the state will have to make that shift at the same time. Until now, county health officials have made their own call on when to provide vaccines to the next eligible group.

As of Monday, those eligible to recieve a vaccine in California include health care workers, long-term care residents, people age 65 and older, and employees who work in agriculture and food, education and child care and emergency services. Starting March 15, people who are between 16 and 64 years old and who have severe health conditions such as cancer or heart conditions and those with developmental or other high-risk disabilities will also be eligible for vaccination.

Dr. John Swartzberg, clinical professor emeritus of infectious diseases and vaccinology at The UC Berkeley-UCSF Joint Medical Program, said the leadership of Blue Shield, which has been a staple across California for decades, should provide a “big boost to distributing these vaccines.”

Coupled with the ramping up of vaccination production across the board and the release of Johnson & Johnson’s one-dose vaccine, Swartzberg said Californians should notice a massive improvement in the rollout of vaccines across the state — though it will likely take a month or so to fully take hold.

“I think we’ve seen the worst of it, clearly. But it’s going to get a lot better,” he said. “I expect that by April, our state will have both the logistics and supply system running smoothly hand-in-glove, and it’s going to be a lot easier for people to get a vaccine.”

Across the Bay Area, health departments said Monday they were still awaiting details on how Blue Shield’s takeover would alter their vaccination processes. The Bay Area is in the third wave of the Blue Shield transition, which is expected to take shape mid to late-March. San Mateo County, for instance, expects to transition its appointment booking system fully to the state’s MyTurn website on March 15, a spokesperson said.

Because all Bay Area counties in recent days and weeks have adjusted to align with the state’s eligibility criteria, the transition is not expected to immediately affect who can make a vaccination appointment.

“We welcome the increased state leadership on the vaccine rollout to assure both speed and equity,” Louise Rogers, chief of San Mateo County Health, said in a statement. “The County has the opportunity to meet with Blue Shield representatives this week to learn more from them.”

Blue Shield’s takeover of the state’s vaccine distribution comes as California bids farewell to a deadly winter wave of COVID-19. California is averaging about a quarter of the new cases that it was at the beginning of February —  approximately 5,050 per day over the past week compared to nearly 19,000 — and the rate at which coronavirus tests came back positive over the past week fell to 2.3% on Monday, near the state’s lowest point of the pandemic.

In yet another promising sign of improvement, The state health department on Tuesday is expected to announce that an additional seven counties are dropping from the state’s most-restrictive purple reopening tier to the red tier.

As of Monday, more than 8.8 million doses of vaccine have been administered in California, according to the Centers for Disease Control and Prevention, meaning 15.5% of Californians have received at least one shot and 6.6% have received the full regimen. California is expected to administer 3 million shots per week this month and up to 4 million under Blue Shield’s leadership next month — both up from 1 million per week in January.

Over the years, Blue Shield of California has served as a generous campaign contributor and supporter of Gov. Gavin Newsom, donating more than $1 million to the governor’s campaigns and independent committees. Before awarding the insurance giant with a no-bid contract of up to $15 million to lead the state’s vaccine distribution, Newsom appointed at least 16 Blue Shield employees to his COVID-19 testing task force, including the company’s CEO Paul Markovich to co-lead the team.

After coming under fire for a vaccine rollout system plagued by confusion and delays, Newsom announced in late January that Blue Shield and Kaiser Permanente had been selected to help run the state’s vaccination campaign.

Although Blue Shield appears to be taking the reins, Kaiser and the state on Feb. 23 signed a memorandum of understanding (MOU) saying the health care giant will serve “in an advisory capacity to Blue Shield” and continue vaccinating eligible residents — both Kaiser members and non-members — at mass vaccination sites at the Moscone Center in San Francisco and Cal Poly Pomona in Southern California. The MOU says Kaiser “may consider” establishing other mass vaccination sites in the future.

The MOU also says Kaiser will set up smaller vaccination clinics in vulnerable communities to reach residents who have been hit disproportionately hard by the virus. 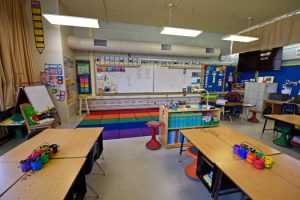 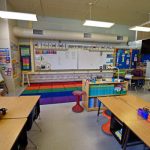 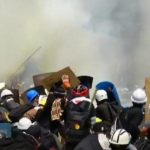 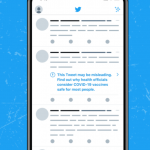 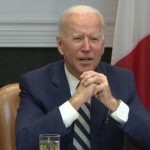