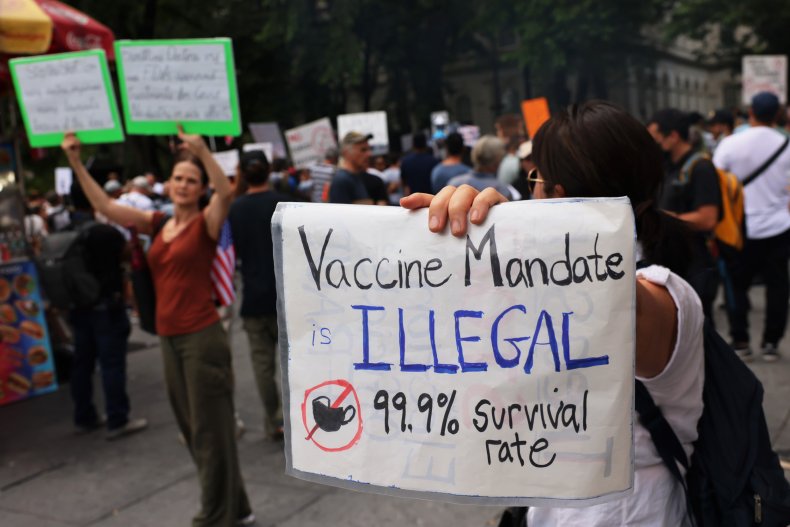 Hospital workers protested outside of their hospital Monday against the COVID-19 vaccine mandate in the state of California.

Dozens of demonstrators were outside the facility for a two-hour rally that began at 8 a.m. as nurses and doctors protested California’s vaccination mandate, which was announced on August 5 by the California Department of Public Health.

All health care workers in hospitals, nursing facilities, clinics, doctor’s offices and others are required to present their proof of vaccination by September 30.

According to KTLA, a man who identified only as a 12-year employee in an Orange County emergency room said, “I’ve risked my life for people that have had COVID over the last 18 months, I’ve put up a fight for them and I don’t have any desire to force anything on anybody else.”

KTLA also reported that several other rallies took place across California on Monday, as one was held at Riverside Community Hospital from 8 a.m. to 10 a.m. and another later in the afternoon, between 2 p.m. and 4 p.m. at Rady Children’s Hospital in San Diego.

The rallies were coordinated by an organization known as America’s Healthcare Workers for Medical Freedom, and KTLA reported some attendees have been disputing findings on the safety of the vaccines.

The U.S. Food and Drug Administration has approved emergency use of the vaccines and is currently considering formal approval, according to KTLA.

The order to mandate vaccines for healthcare workers has come at a significant cost, as the state of California has seen an increase in cases fueled by the Delta variant.

Despite Los Angeles mandating masks once again, the virus has not significantly decreased in the area. On Saturday, Los Angeles County reported 4,283 new cases, the highest number of cases since January, according to county data.

A spokeswoman for the Orange County children’s hospital told the L.A. Times there were 219 positive COVID-19 cases recorded in July that required 27 children to be hospitalized, compared to 48 cases in June, leading to 17 kids being hospitalized.

More rallies are expected to take place in the next few days, sources report.

A COVID-19 vaccine verification policy for state workers has been in place in California since August 2, and the University of California announced it will require all students, faculty and others to get vaccinated before the start of the fall semester.

And in California prisons, federal receiver J. Clark Kelso, who manages medical care inside the prisons, called for mandatory vaccinations for all guards and staff.

Newsweek reached out to the California Department of Public Health for additional comment. 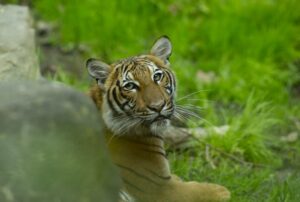 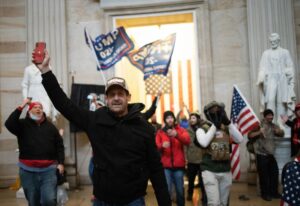