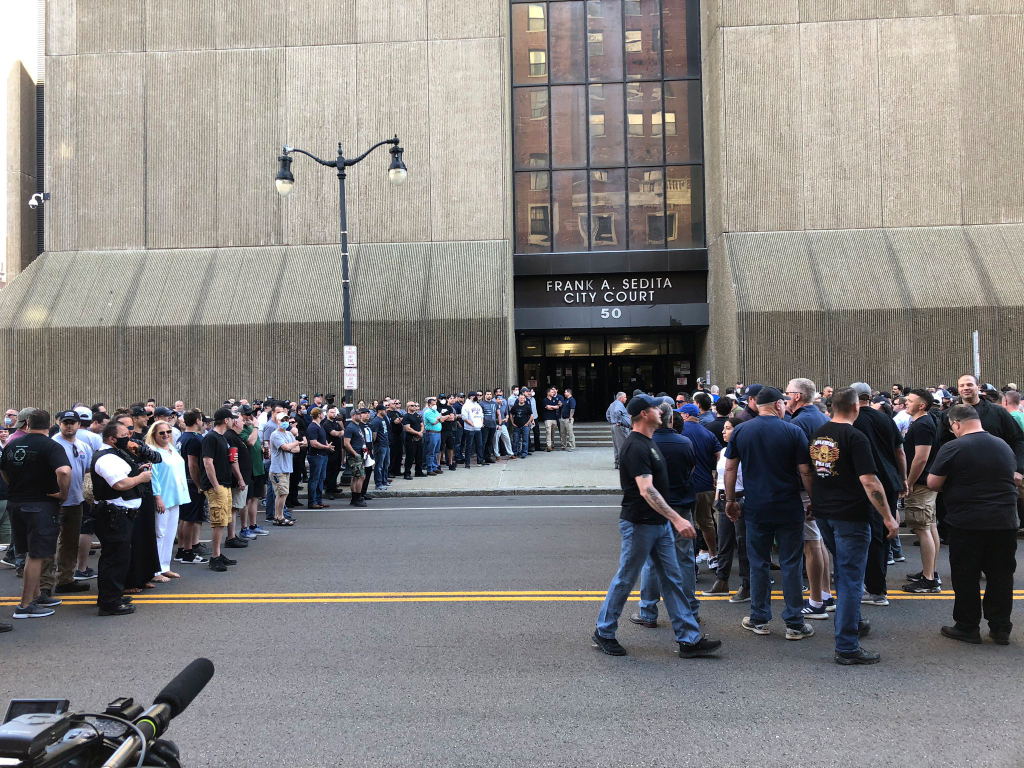 The mayor of Buffalo, New York, on Wednesday ordered that a new police unit without military gear and trained in civil rights handle peaceful demonstrations after a riot unit was involved in the injury of a 75-year-old protester.

Mayor Byron Brown said the Public Protection Detail would receive training in freedom of speech and other rights and would “work with leaders and participants of future protests and demonstrations to ensure the safety and security of all people.”

Two Buffalo tactical unit officers face felony assault charges for pushing Martin Gugino on Thursday when he approached them during a march against racism and police brutality amid nationwide demonstrations over the death in Minneapolis of a black man in police custody.

A video of the incident shows the white-haired Gugino approaching a line of officers in riot gear. One officer pushes him with a baton and a second one with his hand. Gugino falls backward to the pavement, a crack is heard and blood trickles from his head as officers walk by his still body.

“It has become apparent that meeting protesters with a tactical unit of officers does not lead to peaceful results,” Brown said in a statement.

U.S. President Donald Trump in a tweet on Tuesday suggested, without evidence, Gugino has ties to the anti-fascist movement antifa and that his injury-causing fall could be a “set up.”

Gugino told USA Today on Tuesday that he was out of intensive care at the hospital and believed he would recover. His lawyer did not immediately respond to a request for comment. 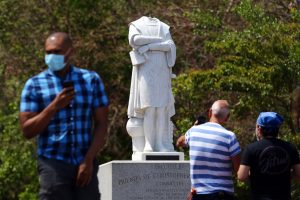 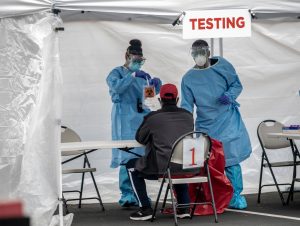