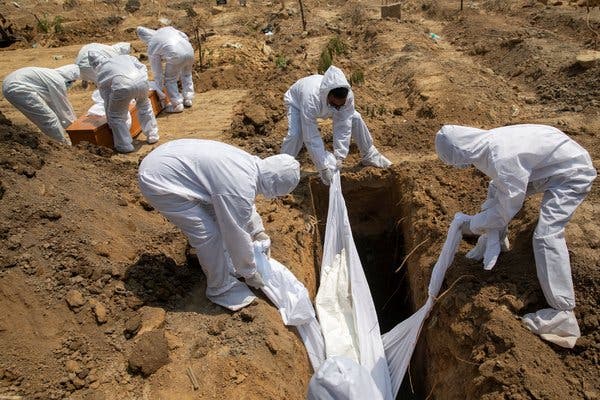 As the coronavirus pandemic surges in New Delhi, a public health care system that was already strained might be reaching its breaking point. People can’t get tested. They can’t find a hospital bed. The situation has become so grim that government officials have proposed commandeering some of New Delhi’s fanciest hotels to turn into hospitals.

But ready or not, much of India’s coronavirus lockdown has ended, as have those in other countries struggling to balance economic damage with coronavirus risk. In many places — India, Mexico, Russia, Iran and Pakistan, among others — leaders have come to feel they have no choice but to take the surge of cases on the chin and prioritize the economy.

Some of these leaders, especially those in the developing world, said they couldn’t sustain the punishing lockdowns without risking economic catastrophe, especially for their poorest citizens. So the thinking has shifted, from commanding people to stay indoors and avoid the virus and other people at all costs, to now openly accepting some illness and death to try to limit the damage to livelihoods and to individual lives.

A glimpse from the streets, reported by correspondents in countries especially hard hit, reveals a sharp rise in person-to-person contact in recent days — precisely at the time that the World Health Organization is warning that infections from this highly contagious disease are roaring toward a new peak.

India is now producing more new daily infections, around 10,000, than all but two countries, the United States and Brazil.

“It’s a bit of a mess,” said Indrani Gupta, a health economist in New Delhi. “Our economy is so dependent on labor, millions would have lost their livelihoods and their lives if this lockdown went on for months and months.”

But, she added, the lockdown began too soon.

“We got it in reverse,” she said. “We shut down too quickly and it was too draconian. And I don’t think now is the time to ease up.”

In Russia, politics may be playing a role in the push to reopen.

This week, Moscow’s mayor lifted many of the restrictions in place since March 30, surprising some infectious disease experts who pointed to still high-infection rates. Political analysts said one reason for the abrupt reopening was to pave the way for high turnout at a July 1 referendum that could amend the country’s Constitution to allow President Vladimir V. Putin to remain in power until 2036.

Officials had delayed the referendum, originally scheduled for April, because of the lockdowns.

On Tuesday, grateful Muscovites spilled out of their apartments for walks in the sunshine. Authorities canceled a system of electronic passes for all trips outside the home other than to pharmacies and grocery stores.

“We managed to avoid a catastrophe,” declared Sergei Sobyanin, Moscow’s mayor, in a video blog. Now, he said, the city was “starting to defeat the coronavirus.”

The raw data isn’t quite as rosy. Russia’s number of new infections has hovered around 8,000 to 9,000 each day — far different, than say Italy, where the daily infections have plummeted to a few hundred now from more than 6,000 in March.

Many leaders are taking this same tone. In Mexico, President Andrés Manuel López Obrador ended the country’s quarantine, despite the continued rise in Covid-19 cases, and kicked off the reopening in early June with a tour of the country.

“We have to head toward the new normality because the national economy and the well-being of the people depends on it,” he said, during a stop in Cancún.

Unlike some other nations, Mexico has not offered the sort of large stimulus package to bolster its economy, which may be why its cushion against the economic pain of a strict lockdown was so thin. Mexico’s government has consistently downplayed the severity of the disease though it has conducted, per capita, by far the least amount of testing among the dozens of countries in the Organization for Economic Cooperation and Development.

In Mexico City, hospitals and morgues are saturated. So are the crematories. Some people have defied protocols to bury loved ones in secret, at packed funerals. Mexican doctors fear the worst is yet to come.

“We are still in the first steps of this pandemic, unfortunately,” said Dr. Alejandro Macías, an infectious disease expert. “The perception is that we are much further along than where we really are.”

Pakistan may soon be overwhelmed, but it has relaxed restrictions as well. Outside the cities, almost no one is wearing a mask or making attempts to socially distance. In Lahore, the windy alleyways of the old city are crammed with people. In the past week, Pakistan’s infections have nearly doubled but there’s no way to gauge how prevalent Covid-19 really is because testing has been so scarce.

Pakistan’s prime minister, Imran Khan, a millionaire former cricket star who campaigns as a populist, has called lockdowns elitist, implying that only rich people could afford to be sealed up in their homes.

“We sought a total lockdown without thinking about the consequences for the daily wage earners, the street vendors, the laborers, all of whom face poverty and hunger,” he wrote on Twitter. “May God forgive us our sin.”

Iran, next door, became one of the most alarming centers of the pandemic early on, but thought it had seen the worst. In early May, it decided to open up the country from a brief three-week lockdown in an attempt to salvage its economy, which was already suffering under international sanctions and huge budget deficits. Iran’s leaders said the coronavirus pandemic was a reality that Iranians had to learn to live with.

Health experts warned that opening the country too soon without meeting any benchmarks — such as a sustained drop in the number of new infections — risked a second surge.

Now, a month later, that second surge has arrived. On June 4, Iran reported 3,574 new infections in one day, the highest number of new cases since the pandemic began.

Health officials in Iran have blamed the spike on people not observing social distancing, not wearing masks and the government opening up too soon.

Iranians by and large have been going about their daily routine activities shedding their earlier fears of the virus. As in other countries, road traffic is back, shops and businesses have opened and employees of private and government sectors have returned to work.

President Hassan Rouhani continued to insist that the economy must remain open because Iran “did not have a second option.”

And he warned members of his coronavirus task force not to create “anxiety among the public by saying there is a second or third surge.”

In India, many people are anxious that however bad things are right now, they will soon get even worse. New Delhi and Mumbai, the two biggest cities, are overloaded with infections and experts said that the peak is still several weeks away.

As Vikas Khairwar stacked the firewood for his father’s pyre at Nigambodh Ghat, the revered cremation grounds in New Delhi, he spoke bitterly about his family’s experience with the public health care system.

After his father tested positive for coronavirus, Mr. Khairwar said that he begged for him to be put on a ventilator but the hospital didn’t have any available. His father died the next day.

The family then had to wait 24 hours for the body because an elevator in the hospital broke down. Mr. Khairwar, an accountant who just lost his job, wants to get his whole family tested, to see if they have been infected. But government hospitals refused to help him, he said, and he can’t afford to go to a private lab.

“The government help lines are useless,” he said. “They keep redirecting us to different numbers that don’t work.”

He was visibly angry as he finished preparing his father’s pyre.

A few minutes later, Mr. Khairwar stood in front of a fire, a half dozen others burning brightly around him. 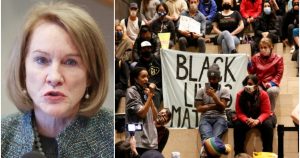 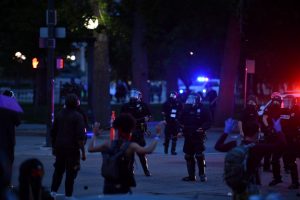 Denver to drop all curfew violation charges against protesters