The Celtics played their first meaningful basketball game since the NBA suspended its season, losing to the Milwaukee Bucks, 119-112, Friday evening in Orlando.

Here’s what we saw:

1. The Celtics recovered well after a nightmarish start.

The opening four minutes really couldn’t have gone much worse for the Celtics. Milwaukee raced out to a 17-2 lead — and Boston’s two points came at the hands of two Bucks fighting for a defensive rebound. Because Jayson Tatum was the closest Celtic to the hoop, he was credited with the basket. That “field goal” would be Tatum’s only make of the first half, as he shot 1 of 7 — or, in reality, 0 of 6.

Reigning MVP Giannis Antetokounmpo made his first four baskets, including a monstrous one-handed dunk through the lane.

After the Celtics missed their first six shots, point guard Kemba Walker ended the scoring drought by drilling a pull-up jump shot. The team managed to claw its way back, aided by Marcus Smart subbing in and Antetokounmpo going to the bench with 6:55 remaining in the first quarter.

Tatum couldn’t seem to find his shot from anywhere on the court — not at the basket, not in the midrange, and not from behind the arc. He knocked down only one, a pull-up jumper late in the third quarter, of his 17 attempts. (The box score will say he was 2 of 18 because of Milwaukee’s aforementioned miscue.)

In 32 minutes, Tatum finished with 5 points, 7 rebounds, and 3 assists. Generating good looks didn’t seem to be the issue, but finishing at the rim proved to be a problem all night. He was blocked three times by 7-footer Brook Lopez and missed on three other drives to the basket.

“The least of our concerns is him finding the net,” he said. “It’s what he does.”

3. Kemba Walker is eager to come off his minutes restriction.

In order to manage his left knee, which was the source of some discomfort when workouts began in July, Walker was limited to just 19 minutes of action. He turned in 16 points and shot 5 of 9 from the field, including 3 of 6 from three-point range.

While on the bench, Walker kept a brace on his knee, but he did not appear limited in the slightest when on the court. He found his spots offensively — and even tried to take a charge from Antetokounmpo on the defensive end.

Walker subbed out with 5:24 remaining in the third quarter, with the Celtics trailing 74-76. He joked after the game that he would have liked to lobbied to continue playing, though nobody would listen to him. Walker once again reiterated he understands “the bigger picture” that sitting out now will allow him to be available in the future.

4. The officiating was a hot topic.

Smart was not pleased with the referees in the final minutes of the game.

With the score tied at 107 apiece and about 90 seconds remaining, Antetokounmpo capitalized on a poor defensive decision by Tatum and drove to the rim for a layup. As Antetokounmpo released the ball, Smart slid in and appeared to take a charge. The referees initially whistled Antetokounmpo for an offensive foul, which would have been his sixth of the game. Upon review, however, they reversed the decision and called a blocking foul on Smart because his feet were outside of the restricted area.

Antetokounmpo went to the line and converted the three-point play.

“Quite frankly, I think we all knew what that was about,” Smart said. “Giannis had six fouls and they didn’t want to get him out. Let’s call a spade a spade. That’s what it is.”

On the very next play, Celtics forward Jaylen Brown connected on a bank shot over both Antetokounmpo and Lopez. When the whistle was blown for a foul, Smart was heard yelling, “That’s on Giannis! That’s on Giannis!” The foul was ultimately given to Lopez.

After the game, Brown posted a photoshopped image of Antetokounmpo holding hands with NBA referee Ken Mauer. He later deleted it and tweeted, “NBA, please don’t fine me.” 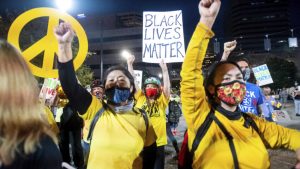 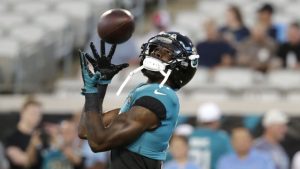 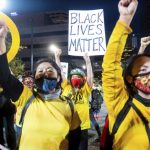 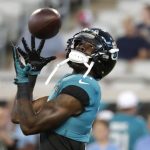 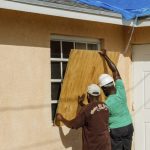 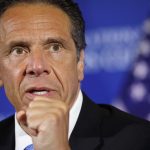