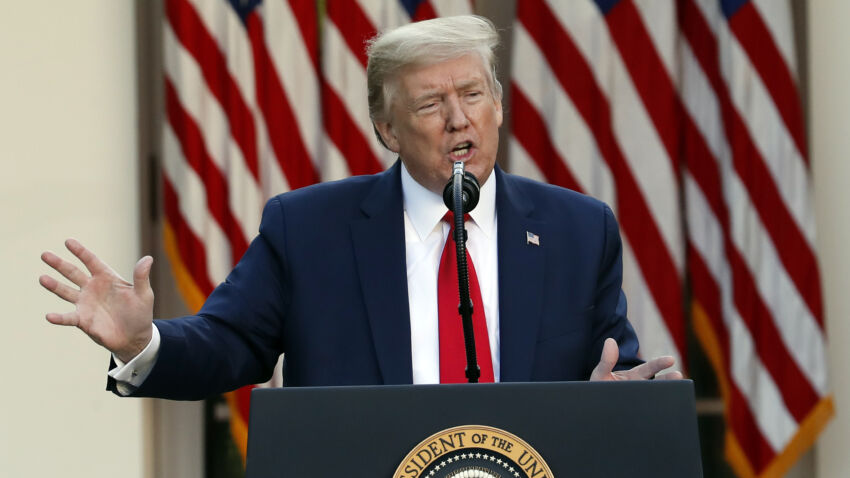 WASHINGTON – Pressure mounted Monday on the White House and Congress to develop a national strategy to test Americans for exposure to the novel coronavirus, as health and economic experts said the current patchwork of testing efforts is insufficient to allow the economy to reopen safely.

Governors, congressional leaders and public health officials have pressed for a robust testing plan from the federal government, insisting that frequent and widespread testing is crucial to ending the stay-home orders that have idled businesses across much of the country.

President Donald Trump responded Monday by announcing what the White House called a “blueprint” for increasing testing capacity. But it leaves the onus on states to develop their own plans and rapid-response programs. A White House document said the federal role would include “strategic direction and technical assistance,” as well as the ability to “align laboratory testing supplies and capacity with existing and anticipated laboratory needs.”

The federal government was described as the “supplier of last resort.”

Trump outlined the effort at a White House news conference where he was joined by some major retailers, who said they had increased the rate of testing and the production of medical supplies. They predicted that they would accelerate in the month ahead, doubling their rate of testing and the number of sites that would be available to the public.

The administration’s top testing official, meanwhile, promised that the United States would conduct at least 8 million tests a month by the end of May.

But a previous high-profile public-private initiative announced by the president in March – partnering with companies to open up scores of testing sites on their properties across the country – has been slow to materialize.

Trump insisted that the nation will have the necessary testing, but it was unclear how the plan would work.

“Now there are big believers in testing and then there are some governors that don’t feel as strongly about it at all, you understand, that they feel much differently about it, but we’re going with maximum testing because it’s something we’re very capable of doing, but will be much more than doubled,” he told reporters.

The president’s remarks came as U.S. deaths passed 55,000 and have not yet peaked, while confirmed cases neared 1 million. The United States remains the country with the most reported deaths worldwide during the pandemic.

Over the past week, the United States has been reporting an average of about 218,000 tests daily. That total is far lower than the nation’s potential testing capacity, reflecting shortages of testing kits and laboratory supplies. A slide presented during a White House briefing last week suggested that testing machines now present in state, private and commercial settings can process about 2.14 million tests per day.

Trump’s latest guidance comes three days after the president signed legislation pumping $25 billion into testing and contact tracing infrastructure – a sum that was included in the $484 billion bill at the behest of congressional Democrats, who objected to GOP plans to pass legislation that included funding for small businesses.

But even that sum is inadequate to meet the challenge, several prominent health and economic experts said – among them former senior advisers to Trump and his predecessors.

In a letter sent to the top four congressional leaders, a bipartisan cadre of public health officials led by former Trump-era Food and Drug Administration commissioner Scott Gottlieb and Andy Slavitt, a senior health official in the Obama administration, warned that “current testing capacity and accuracy must be improved.”

The officials urged Congress to provide $46.5 billion in additional funding, with more than half of that earmarked for new payments to allow Americans to stay home from work and voluntarily self-isolate. And $12 billion is needed, they said, to hire 180,000 additional contact tracers across the country.

“This is fundamental to our ability to begin to reopen our economy while continuing to safeguard American lives,” they said, adding that stanching the pandemic “will constitute the strongest possible stimulus to the U.S. economy.”

Other prominent Republicans signing the letter were former Senate majority leader Bill Frist of Tennessee, a doctor; as well as former governor Mike Leavitt of Utah, a former Health and Human Services secretary; and Mark McClellan, who served as FDA commissioner under President George W. Bush.

Pressure is also mounting on Trump from the campaign trail. Presumptive Democratic presidential nominee Joe Biden has called on Trump to strengthen the federal role in testing by, among other things, creating a “pandemic testing board” modeled on the federal authority that directed defense production during World War II. On Monday, Biden called for Congress to create such a board if Trump won’t.

“This isn’t rocket science. It just takes investment and execution – both of which have been gravely lacking,” Biden said in a statement. “Trump could make this happen. He hasn’t. Instead, he’s pushed sole responsibility to governors, while telling them to fly blind without the critical data we derive from testing.”

Other experts say an even more aggressive effort is warranted. A recent Rockefeller Foundation report called for an initial goal of 3 million tests per week, ultimately reaching 30 million. About 5.4 million tests for COVID-19, the disease caused by the novel coronavirus, have been conducted in the United States thus far, according to the COVID Tracking Project, which compiles figures from each state.

Paul Romer, a 2018 Nobel laureate in economics and former chief economist for the World Bank, said the federal government should test every American once every two weeks to reestablish national confidence and jump-start the economy – an effort he estimated would cost $100 billion.

That cost, he said, pales in comparison to the amount of lost economic activity the pandemic has caused. Romer, an expert in economic modeling, estimates that the United States is losing at least $500 billion a month in domestic production; other economists have suggested the figure is larger.

“Every month of delay makes the recovery slower – and take longer,” Romer said.

On Capitol Hill, meanwhile, there are no immediate plans to revisit the testing issue in a bipartisan manner. With top congressional leaders at odds over priorities for the next coronavirus relief bill, it could be weeks or longer before talks coalesce.

The White House guidance released Monday did little to convince skeptical congressional Democrats that the administration had the issue in hand.

House Energy and Commerce Committee Chairman Frank Pallone, D-N.J., questioned the White House’s testing blueprint as “totally lacking in credibility” given that previous rosy promises – such as those made during March briefings that included several business executives – did not materialize. And he continued to question Trump’s resistance to having the federal government take a more aggressive role.

“It’s got to be something that’s mandated by the federal government and then implemented by the states based on the federal government’s plan with the money that allows for the testing,” Pallone said. “You can’t have a reliance that somehow the chain drugstores are going to set up these testing sites voluntarily through their drive-through pharmacies. That’s what they promised last time. And it never happened. And it won’t happen because it’s not based on a national plan, it’s not enforceable, and they’re not providing the funding for it.”

Pallone said his committee was drafting legislation to mandate a national testing strategy that he hopes to include in the next relief bill.

Meanwhile, states have determined that finding testing sites is not the major bottleneck. Instead, it is obtaining the testing kits and laboratory supplies needed to process them.

In a news briefing on Monday, California Gov. Gavin Newsom, a Democrat, said the state, which is conducting about 20,000 tests a day, was expanding testing by opening up sites in inner cities and rural communities.

But he noted that even though the 80 new sites offered “end-to-end” services and had sufficient supplies, the state’s capacity to diagnose COVID-19 remained constrained by shortages.

The federal government sent California 90,000 specialized nasal swabs needed for covid-19 tests last week, he said, and will send an additional 260,000 this week.

“When that comes in, we’ll let you know,” he said of the second shipment. “We’ll still need multiples of that. By no stretch of the imagination is that enough.”

Among the companies, Quest Diagnostics plans to increase the number of diagnostic tests it analyzes each day from 50,000 now to 100,000 by the end of May, and has reduced its turnaround time to between 24 and 48 hours. LabCorp will ramp up from 60,000 diagnostic tests a day and begin offering a take-at-home test to consumers across the country.

The Trump administration has been under pressure for weeks to codify the federal role in providing for more testing, and that has become a congressional mandate. Under the bill Trump signed Friday, HHS Secretary Alex Azar has 30 days to report to Congress on a “strategic testing plan” – one that must include, among other things, a blueprint for increasing U.S. testing capacity, including the supplies needed to collect specimens and process them, and an outline of all federal resources available to states and local jurisdictions.

The United States has already boosted testing a great deal, even in the absence of a clear national strategy.

The country had conducted about 5.46 million tests as of Sunday, according to the COVID Tracking Project. It’s an enormous raw number of tests but appears significantly less impressive when considered in a per capita sense: The number is equivalent to about 1.7% of the U.S. population.

In contrast, another major economy that has been acclaimed for its coronavirus response, Germany, increased testing earlier than the United States did and as of April 21 had conducted 2.07 million tests, equivalent to 2.5% of the German population.

States and labs have cited several reasons for the U.S. lag. Inadequate swabs to take initial samples from the noses of people who might have been infected. Inadequate kits and reagents to withdraw viral RNA from those samples. Inadequate personal protective equipment for workers both at the initial sampling stage and when processing the samples in machines.

In any case, there are clear indications that U.S. testing ability remains insufficient. Nationwide, the proportion of tests being returned positive is about 18%, or nearly 1 in 5. That suggests to experts that there are still many undetected cases because of a shortage of tests – which also means there are many coronavirus carriers who are not in isolation and whose contacts are not being identified and traced.

Jeremy Konyndyk, a former Obama official who worked on disaster preparedness and is now a senior fellow at the Center for Global Development, said he thinks current testing is probably missing about 90% of cases, based on recent studies seeking to determine the prevalence of antibodies in New York City and elsewhere.

“To have a chance of truly catching everyone or almost everyone through testing, to make testing universally available, we would need to ramp up about tenfold from where we are now, on the order of 2 to 3 million tests a day,” he said. 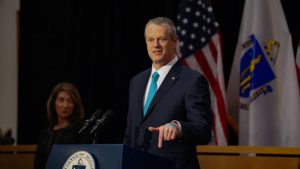 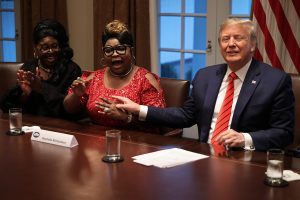