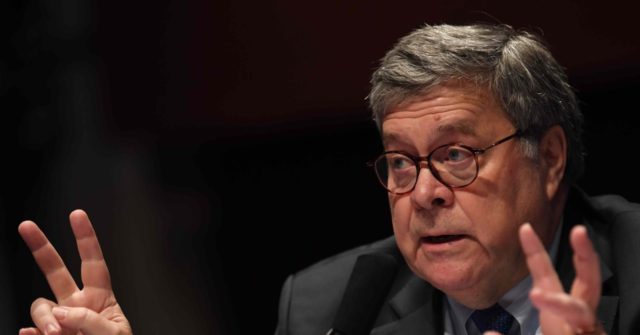 Jeffries, having apparently exhausted all of his questions about law enforcement, launched into a series of questions that took aim at the president’s management of the pandemic. At one point, he attacked Trump for “refusing” to wear a mask “by June” — but Trump had, in fact, privately worn a mask during a visit to a Ford manufacturing plant in May.

Barr turned the tables, noting that health experts had previously recommended that Americans not wear masks:

Jeffries: By June, President Trump irresponsibly continued to refuse to wear a mask despite the public health guidance from his own experts. Was that superb? Yes or no.

Barr: Which guidance? The earlier guidance that the masks wouldn’t work?

Jeffries: You know the guidance we are talking about. The CDC and Dr. [Anthony] Fauci in April recommended that the American people wear masks but Donald Trump has become the poster boy for the anti-mask movement.

Fauci and other experts told Americans not to wear masks in March. He tried to explain his shift on Fox and Friends last week, saying that they had not understood the problem of asymptomatic carriers, and that “you can always second-guess yourself and say what could have been or what should have been done.”

Update: Later, Barr enjoyed a laugh at Democrats’ expense, as Rep. Madeleine Dean (D-PA) attempted to ask him about a Department of Justice (DOJ) “policy” on pepper balls:

“What policy?” Barr laughed.
Joel B. Pollak is Senior Editor-at-Large at Breitbart News and the host of Breitbart News Sunday on Sirius XM Patriot on Sunday evenings from 7 p.m. to 10 p.m. ET (4 p.m. to 7 p.m. PT). His new book, RED NOVEMBER, tells the story of the 2020 Democratic presidential primary from a conservative perspective. He is a winner of the 2018 Robert Novak Journalism Alumni Fellowship. Follow him on Twitter at @joelpollak. 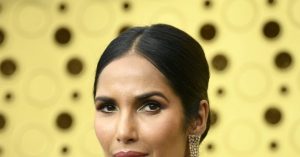