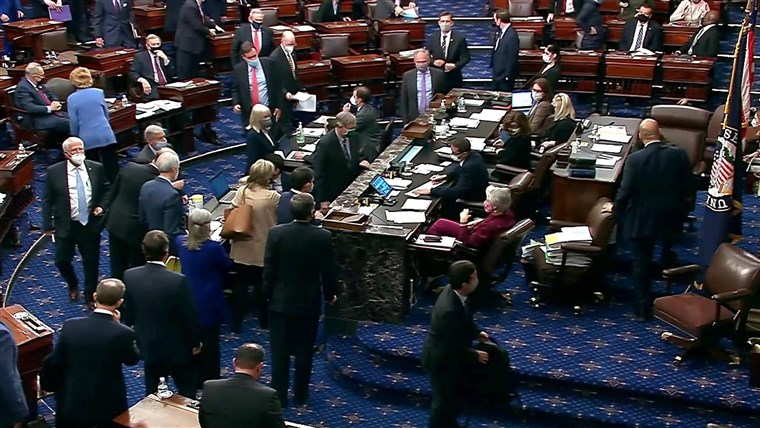 WASHINGTON — Democrats, in control of the presidency and Congress, pushed forward Friday with efforts to approve a sweeping Covid relief package that will include $1,400 checks, boosted jobless benefits and money to help vaccine distribution.

Democrats entertained the idea of working with Republicans but made clear Friday they were ready to act without them — and uninterested in slashing the $1.9 trillion plan to win bipartisan support.

Early Friday morning, the Senate voted 51-50 to advance the budget vehicle for an aid package up to $1.9 trillion that cannot be blocked by Republicans. The House is expected to adopt it midday.

And President Joe Biden, after meeting with congressional Democratic leaders, is scheduled to deliver a speech at the White House repeating his insistence that his American Recovery Plan is needed.

A party known for its factionalism and disagreements has, in this case, rapidly unified around the need to go big, haunted by memories of 2009 when many economists said the rescue plan was too small for the scale of the financial crisis facing the nation.

“We have taken a giant step to begin to fulfill our promise to the American people that a Democratic Senate, a Democratic House and President Biden will have their back and move them forward during this awful crisis,” Senate Majority Leader Chuck Schumer, D-N.Y., said Friday after Vice President Kamala Harris broke the tie to approve the budget resolution.

The urgency was elevated with the news of an anemic jobs report report on Friday that showed just 49,000 jobs were added in January. Democrats say they have an obligation to act fast, and many believe they will pay a steeper political price for under-delivering than spending to much money.

The prospects of a far-reaching package received a boost earlier this week when Sen. Joe Manchin, D-W.Va., the chamber’s most conservative Democrat, said Wednesday on MSNBC’s Morning Joe that “if it’s $1.9 trillion, so be it.”

But he added: “I want it to be bipartisan.”

While Biden and party leaders say they’re still open to Republican support, they say bipartisanship is less important than substance. And some of the 10 GOP senators who met with Biden to discuss a slimmer $618 billion proposal say they see the writing on the wall.

Sen. Mike Rounds, R-S.D., a member of the group, said Democrats have “made their decision” to go it alone, “and we have to deal with it.”

“I’m afraid that they moved very quickly on this one thinking it was going to be a better move than finding a bipartisan approach,” Rounds said. “For his first move I think it was a serious mistake, and I think it will cloud his administration.”

But in a sign of the mood of Democrats, Sen. Brian Schatz, D-Hawaii, urged colleagues to ignore Summers, without naming him.

“Why would we listen to the economist who admits he went too small last time if he’s warning us to go small again? I swear this town is nuts,” Schatz wrote on Twitter. “It’s like people can only remember thirty names and so they just keep going back to the same people.” 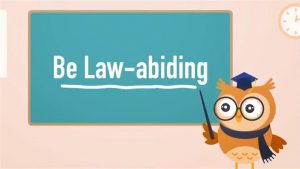