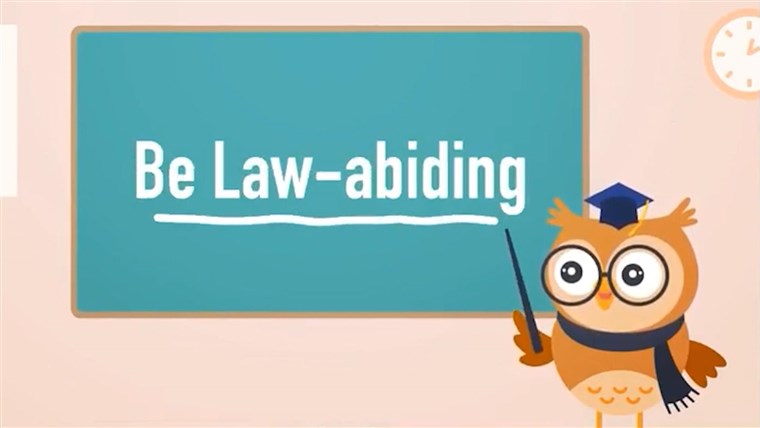 A bespectacled cartoon owl teaching about ‘subversion’ and activities that foster a sense of national pride: Children in Hong Kong will now be learning some very different lessons as new guidelines bring schools in line with the sweeping national security law China imposed on the territory last year.

Students as young as six in Hong Kong will now be taught the basic concepts of the national security law and details of its four offenses — subversion, secession, terrorism, and collusion with foreign forces — in a campaign to instill patriotism from a young age.

Authorities issued the reforms through a series of guides sent to schools and videos released online.

They will come as a blow to many parents in Hong Kong who have long feared a Beijing-led overhaul of education in the city.

A new ‘audio picture book’ released Friday by the Education Bureau features an animated, bespectacled owl wearing a graduation hat and explaining the law to students.

“We have the right to express our views by lawful means, but we must not do anything that is threatening to other people or society,” the owl explains in the video, titled “Let’s Learn About National Security.”

Schools are also encouraged to “organize various game activities, such as puppet theatre, board games … to establish a good atmosphere and improve students’ understanding of national security,” according to the guidelines.

“As far as national security is concerned, there is no room for debate or compromise,” the city’s Education Bureau said in a circular issued to schools Thursday.

The new educational guidelines published Thursday suggest its plans for Hong Kong go beyond merely quashing dissent and may aim for a broader societal overhaul that would bring its most restive city in line with the Communist Party-ruled mainland.

Hong Kong’s government has previously sought to introduce “national education” courses to nurture patriotism towards China, but often faced backlash in a city that traditionally enjoys greater freedoms than the mainland.

But national security will now be on the curriculum across several subjects, including biology and geography in secondary schools.

A spokesperson for the Education Bureau said in a statement Thursday that schools should ensure staff adopt appropriate strategies to enhance students’ sense of national identity.

“Schools have a significant role to play,” the spokesperson said.Raymond Yeung, a former teacher who was partially blinded by a projectile during the 2019 protests in Hong Kong, described the guidelines to Reuters as “one dimensional, if not brainwashing.”

The United States, its allies and international human rights organizations have heavily criticized China over the national security law and what they say has been a growing crackdown on dissent in Hong Kong.

“American leadership must meet this new moment of advancing authoritarianism, including the growing ambitions of China to rival the United States,” he said. A spokesperson for China’s Foreign Ministry responded Friday, telling a press briefing that cooperation between China and U.S. could benefit the world on issues from climate change to Covid-19.

“Like any relationship … differences between China and the United States are inevitable, but the common interests far outweigh their differences.”

Adela Suliman is a London-based reporter for NBC News Digital. 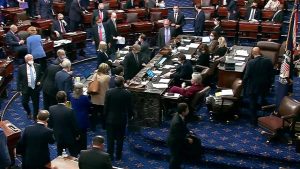 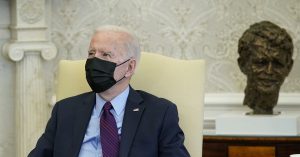