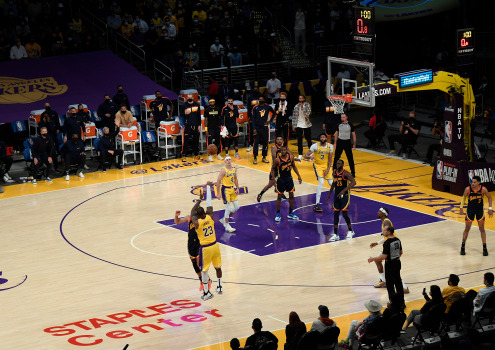 The last time fans saw the Warriors and Lakers on the same court, we got an epic showdown in the NBA’s play-in tournament.

The league will again pit Steph Curry and Draymond Green against LeBron James and Anthony Davis on Oct. 19 for Opening Night of the 2021-22 season, according to reporter Sam Amick of The Athletic.

Curry and Green, of course, have plenty of history with James, who played against them in four consecutive NBA Finals from 2015-2018. May’s play-in game between the Pacific Division rivals at the Staples Center was as dramatic as any game in those series, even with the stakes a bit lower.

James’ last-minute three-pointer with Curry defending was the moment of the game, which sealed a 103-100 win for the Lakers. Los Angeles advanced into the playoff field with a 103-100 win, sending the Warriors to a winner-take-all game against the Grizzlies, which they lost to miss the playoffs entirely.

It’s easy to see why the NBA chose to relive the Curry-James matchup as part of its next marquee event after the play-in game drew the league’s highest TV ratings in two years at the time.

Warriors fans hoping to see Klay Thompson back in uniform may not have that chance as coach Steve Kerr and general manager Bob Myers have said they plan to brink Thompson along slowly. One familiar face who is expected to play is Kent Bazemore, who started the play-in game for the Warriors but signed with the Lakers earlier this month.

The Warriors-Lakers game isn’t the only Opening Night game that revives a dramatic showdown from last postseason: The NBA champion Milwaukee Bucks will take on Kevin Durant’s Brooklyn Nets in the first game of the night. The teams played a tight second-round series in June, including a Game 7 that went to overtime.

The NBA is expected to announce more of its opening week and Christmas Day lineup at noon Pacific Time. 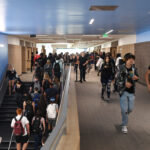 Many more Californians getting coronavirus tests amid Delta spike. What will they reveal?