All it took for the media to remember the coronavirus pandemic
and the dangers of big crowds was for President Trump to announce
plans for campaign rallies, apparently.

A commentary by Leah Barkoukis at Townhall cited a warning from
NPR after the Trump campaign announced its plans.

NPR said the rallies will take place “despite the deadly
coronavirus pandemic, which continues to impact the lives and
livelihoods of households across the country.”

But Barkoukis pointed out that protests in the wake of George
Floyd’s death in police custody “have been carried out in every
state in the nation, in small towns and large cities alike with
gatherings of hundreds to thousands of people.”

“In Manhattan on Saturday, police estimated 15,000 people
demonstrated. And through it all, Democratic leaders like Michigan
Gov. Gretchen Whitmer who enforced some of the strictest lockdown
orders in the country over coronavirus, all of a sudden seemed to
not really care about social distancing. And the media who shamed
Americans for protesting stay-at-home orders threw their full
support behind the demonstrations.”

But now that Trump has announced rallies will resume this month,
“the media suddenly cares about the pandemic again.”

President Trump will hit the
campaign trail this month — despite the deadly coronavirus
pandemic, which continues to impact the lives and livelihoods of
households across the country.

“The rallies will be tremendous,” a campaign manager said.
https://t.co/hZ1nV45d00

Oh, come off it. Like you
people care. You hypocrites. If Joe Biden were hitting the campaign
trail to promote BLM, you would treat it like he was on the
pilgrim’s path to Jerusalem. https://t.co/i5GsierDBC

The threat represented by the
coronavirus varies depending on which side is engaged in mass
gatherings https://t.co/1z9AithC8n

For the sake of consistency,
anything to say about this? pic.twitter.com/W4dopx73vn

Trump campaign manager Brad Parscale said the president and his
supporters are “ready to get back to action.” 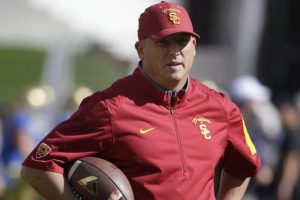 USC coach Clay Helton on peaceful protests: “My job is to encourage them to share their voice” (or take a knee) 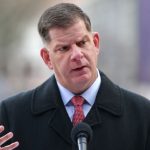 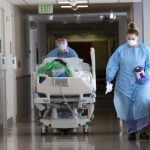