Trump Is Acting Like The Coronavirus Is Gone. It Isn’t. 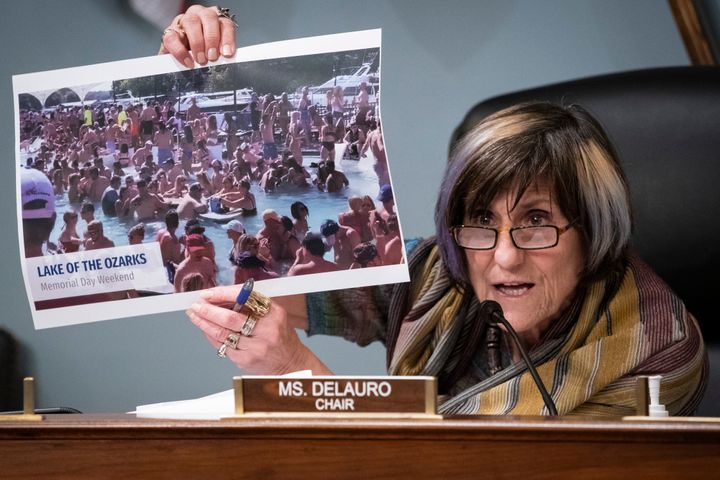 On Wednesday, the number of U.S. coronavirus cases leapt passed 2 million, according to a New York Times database, with outbreaks growing in 21 states and more than a dozen states seeing record surges.

But President Donald Trump’s latest messages on the pandemic are almost indistinguishable from the one he was sending at the very beginning: Everything is under control.

“We’ve made every decision correctly,” Trump said in a rambling Rose Garden address on Friday. With hardly a mention of the virus and its ongoing devastation, he claimed, “We may have some embers or some ashes or we may have some flames coming, but we’ll put them out. We’ll stomp them out.”

Days later, his reelection campaign announced the return of Trump’s massive rallies on June 19, with an event in Tulsa, Oklahoma.

“This month,” declared a video tweeted out by his campaign’s spokeswoman, “we’re back.” The words loomed between footage of thousands of Trump supporters packed tightly into massive stadiums.

There’s no mystery behind Trump’s eagerness to pretend the pandemic is all but over. His government’s response to the coronavirus, the ballooning economic crisis, and the waves of protests against police violence have sent Trump’s overall approval rating plummeting in every single group of likely voters.

A return to normal is grievously out of step with a pandemic that continues to infect roughly 20,000 new people in the United States every day and kill up to 1,000.

But it is line with the White House’s general retreat from attempts to control the outbreak.

Last week, Dr. Anthony Fauci, the government’s top infectious disease expert, revealed that he had not met or spoken with Trump in two weeks. The federal official in charge of overseeing testing announced he will leave that position shortly, despite the fact that public health experts say the country is not conducting enough tests to safely reopen.

The White House coronavirus task force, where Fauci and others are supposed to coordinate the country’s response to the deadly pandemic, convened only sporadically through the end of May and now meets just twice a week.

Jared Kushner, a member of the task force, has privately assured people that the spread of the virus was under control, Politico reported on Wednesday. The White House is holding up its efforts to accelerate the development of vaccines — most of which are still months away from entering large human trials — as evidence that it is doing all it can to battle the virus.

“This doesn’t need to be the public ‘coronavirus show’ every day anymore,” an unnamed official told Politico.

From a public health perspective, the timing of Trump’s retreat from fighting the virus could not be more combustible. More than a dozen states are experiencing record highs in new cases of coronavirus, just as summer weather, a broad rollback in stay-at-home orders, and mass demonstrations against police violence are bringing thousands of people out of their homes and into situations where the virus could easily spread.

Less than a third of states are conducting enough testing to warrant reopening, according to Centers for Disease Control and Prevention guidelines, and only a handful are meeting all the benchmarks needed to contain the outbreak. The federal government has largely washed its hand of efforts to bring states in line, leaving the task of national coordination up to governors.

And on Wednesday, Trump said he plans to hold rallies in Oklahoma, Florida, Arizona and North Carolina, three of which are struggling to contain the virus. Arizona is currently seeing a rise in the number of new daily coronavirus cases. Florida recently reported its highest number of new daily cases since tracking began. And North Carolina is seeing its highest seven-day average of new infections.

Oklahoma’s inclusion is significant for a different reason. Tulsa, where Trump will hold his first rally since March, was the site of one of the deadliest race massacres in U.S. history in 1921. June 19, when he plans to hold his rally, marks the anniversary of the end of slavery in the U.S. and is also known as Juneteenth. Many instantly read the timing and location as a deliberate insult to protesters of police violence against Black people.

His campaign has yet to say which safety measures it will enforce to attempt to reduce rampant transmission of the virus at the rallies.

At his Friday Rose Garden speech, the White House seated reporters close together, reportedly for better optics. The president himself has avoided taking basic safety measures like wearing a mask except when pressured. Former Vice President Joe Biden, the presumptive Democratic nominee, has not convened mass rallies and avoided most large public appearances.

As of Wednesday, more than 110,000 people in the United States had died of COVID-19, according to the CDC.

“It isn’t over yet,” Fauci said Tuesday.

He emphasized that the pandemic is only deepening long-standing inequalities, infecting and killing in Black communities at disproportionate rates.

Fauci also contradicted Trump’s claim on Friday that “we understand this disease now.” In fact, Fauci said, “we’re still at the beginning of really understanding.”

Most states have nevertheless started to relax restrictions on business, travel and socializing. Although some regions are reopening with careful safety measures in place after seeing a decline in new cases, in 21 states, The New York Times found, the number of new cases is climbing.

This week, 14 states plus Puerto Rico reported their highest ever seven-day average of new infections, according to data from The Washington Post. The latest hot spots are concentrated in rural areas — particularly in the South, Midwest and West — where health care was inadequate even before the pandemic. Making matters more dangerous, many states seeing a surge of new cases, such as Alaska, Florida, Mississippi, Texas and South Carolina, have lax stay-at-home orders to reduce the spread of the virus.

Those spikes are broadly linked to Memorial Day weekend, when cellphone data suggests that thousands of residents let their guard down to shop and travel.

Health experts worry that another spike will follow the mass civil protests against police violence taking place in hundreds of cities in all 50 states.

For Trump, the protests aren’t a health concern or a moral challenge but a way to dodge questions.

Aides to his campaign told Politico that with so many people protesting, they believed it would make it difficult for critics to call Trump out. On Wednesday, asked about safeguarding voters who cast ballots in person, White House press secretary Kayleigh McEnany snapped back, “There’s a way to safely vote if you can safely protest.” 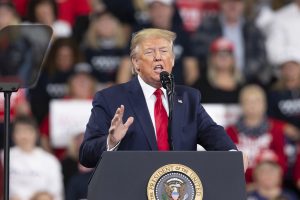 Trump plans comeback from coronavirus with rally in Tulsa 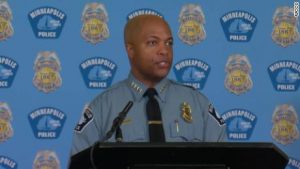