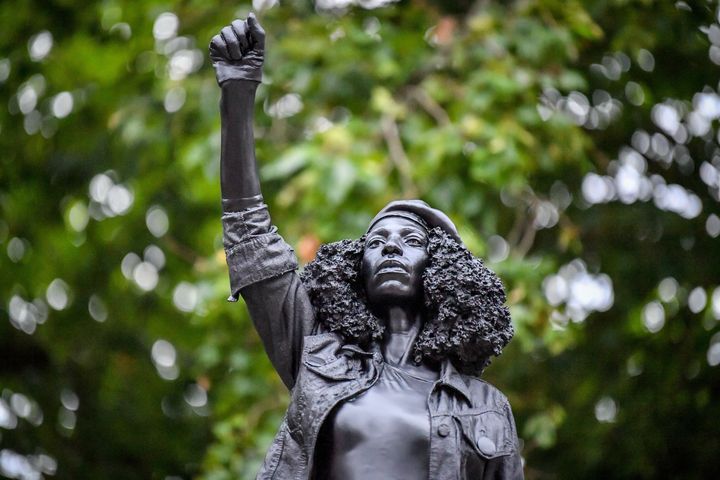 A sculpture of a Black Lives Matter protester has been erected in Bristol, England, on the plinth where a statue of slave trader Edward Colston once stood.

Artist Marc Quinn created the black and resin steel piece of protester Jen Reid, who was photographed standing on the empty plinth after the Colston statue was toppled during a march in June.

The sculpture, entitled “A Surge of Power (Jen Reid),” was erected shortly before 5 a.m. local time on Wednesday by Quinn’s team without the prior knowledge of Bristol City Council.

Mayor Marvin Rees previously said any decision on how the plinth should be used would be decided democratically through consultation.

PA A black resin and steel statue titled “A Surge of Power (Jen Reid)” 2020, by Marc Quinn is installed on the vacant Edward Colston plinth in Bristol city center.

After the sculpture was installed, Reid stood in front of it with her fist in the air.

She recalled climbing onto it after the Colston statue was pulled down and spontaneously raising her arm in a Black Power salute.

“It was like an electrical charge of power was running through me,” the stylist said.

“My immediate thoughts were for the enslaved people who died at the hands of Colston and to give them power. 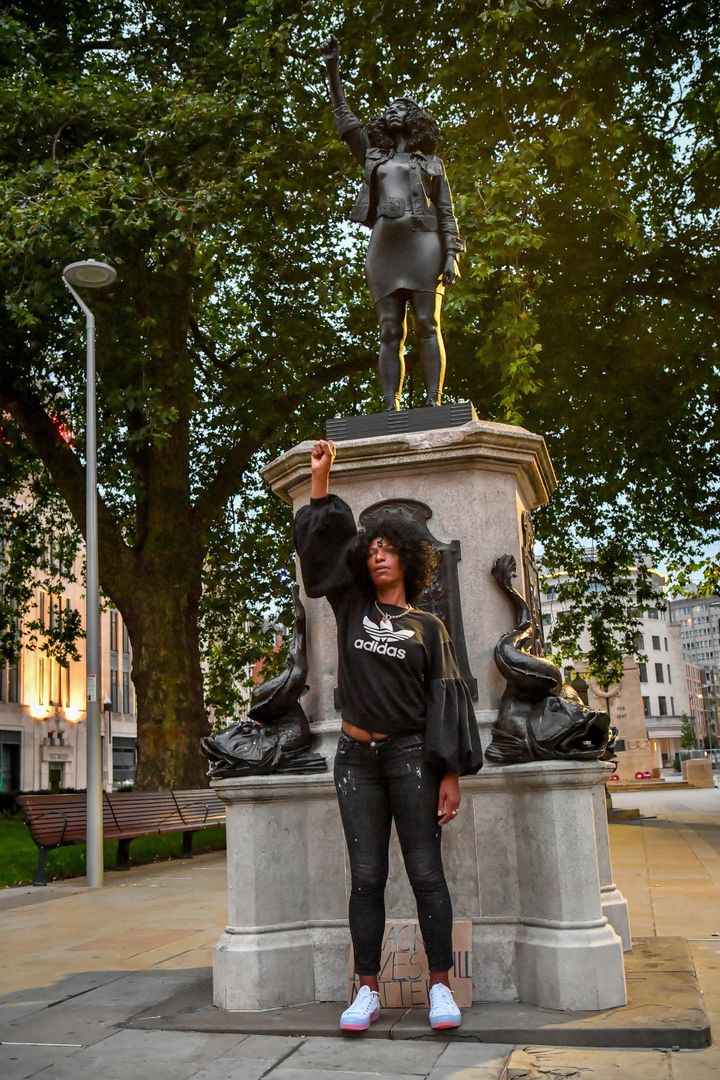 PA Jen Reid poses in front of her black resin and steel statue.

She added: “Creating this sculpture is so important as it helps keep the journey towards racial justice and equity moving, because Black lives matter every day.

“This sculpture is about making a stand for my mother, for my daughter, for Black people like me. It’s about Black children seeing it up there.

“It’s something to feel proud of, to have a sense of belonging, because we actually do belong here and we’re not going anywhere.”

On June 7, protesters used ropes to pull the Colston statue, which was erected in 1895, from its plinth in Bristol city center.

It was dragged to the harborside, where it was thrown into the water at Pero’s Bridge – named in honor of enslaved man Pero Jones who lived and died in the city.

Bristol City Council retrieved the statue, which will be displayed in a museum along with placards from the Black Lives Matter protest, from the water on June 11.

Quinn’s previous works include self-portrait “Self” and a sculpture entitled “Alison Lapper Pregnant,” for the fourth plinth in Trafalgar Square.

The artist, who had been following events following the death of George Floyd, contacted Reid after a friend showed him a photograph on Instagram of her stood on the plinth.

“My first, instant thought was how incredible it would be to make a sculpture of her, in that instant,” he said.

“It is such a powerful image, of a moment I felt had to be materialized, forever. I contacted Jen via social media to discuss the idea of the sculpture and she told me she wanted to collaborate.”

He added: “The plinth of Edward Colston in Bristol seems the right place to share this sculpture about the fight against racism, which is undoubtedly the other virus facing society today.”

Quinn said the sculpture was not being put on the plinth as a “permanent solution.”

“We want to keep highlighting the unacceptable problem of institutionalized and systemic racism that everyone has a duty to face up to,” he said.

He described the sculpture as “an embodiment and amplification” of Reid’s ideas and experiences. 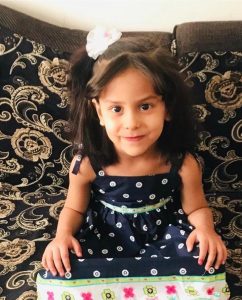 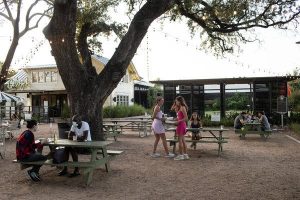