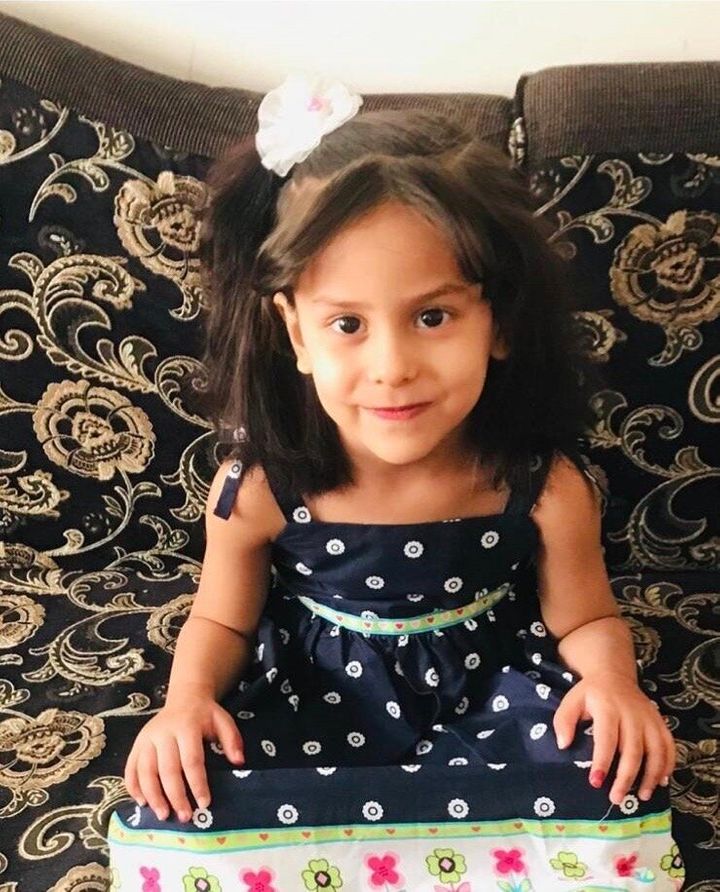 Advocates say that thousands of U.S. citizens and permanent residents are trapped in Yemen, where the coronavirus has been particularly catastrophic due to an already-collapsed health care system and what’s been dubbed the worst humanitarian crisis in the world.

Yemen closed its borders due to the coronavirus in mid-March. The U.S. State Department brought approximately 300 Americans home in June and July, but advocates and families say others are still trapped there, enduring a war, rising coronavirus cases and a growing shortage of medicine and money.

“The American government needs to speed the process and evacuate them as soon as they can,” said Mohamed Atia, the secretary for the Yemeni American Association. Atia said he receives dozens of calls every day from Americans in Yemen who are running out of medicine and money. Advocates said the U.S. government response to U.S. citizens in Yemen has been notably slower than its response to citizens stuck in other countries.

A State Department spokesperson told HuffPost that the “conditions on the ground in Yemen severely limit our ability to operate,” and that the U.S. has arranged limited repatriation flights from Yemen through Saudi Arabia to the United States in coordination with Yemeni and Saudi authorities.

“We continue to closely monitor conditions in Yemen – just as we’re doing in every country around the world – and are working around the clock to identify transportation options for U.S. citizens seeking to return to the United States,” the spokesperson added.

“What is important for the [U.S. government] to do is to prioritize Yemeni Americans, just as much as other Americans all across the globe in terms of repatriation, keeping in mind that the humanitarian crisis in Yemen is particularly troublesome,” said Ammad Wajahat Rafiqi, coordinator for civil rights and legal services for CAIR’s San Francisco office.

Due to President Donald Trump’s travel ban targeting Muslim-majority countries  — including all immigrants, refugees and visa holders from Yemen — Yemeni Americans who wanted to see their families had to go to Yemen. Many of the people currently stranded in Yemen were visiting elderly or sick relatives when the borders closed.

With each passing day, Ali Alwahabi, a 30-year-old father in Detroit, becomes more anxious for his 3-year-old daughter who suffers from asthma and other breathing-related complications.

Alwahabi’s wife and three children, ages 1, 3 and 7 — all American citizens — traveled to Yemen earlier this year to visit her mother, who was diagnosed with cancer. The family was in Yemen for only a week when the government suspended flights to mitigate the coronavirus threat, and Alwahabi’s family could no longer leave.

His wife, who also takes daily medication to treat her blood clots, is running low on medication. Alwahabi is desperate for their return. He said he has heard nothing from the U.S. government about how or when his family will come home.

“How come they don’t care about those in Yemen? We’re all American citizens. We vote in this country. We pay taxes in this country,” said Alwahabi, who has since reached out to the U.S. Embassy in Saudi Arabia to bring home his wife and children.

“My main concern is my daughter. She is the most important thing to me,” Alwahabi said. “Even if they can just relocate her from Yemen to another country where there is medicine, I’ll be happy. I just want her to able to get her medicine. Just save her life.”

Distraught family members like Alwahabi are increasingly worried that stranded loved ones could possibly contract the virus in a country with no health care system. There have been over 900 coronavirus cases and more than 200 coronavirus-related deaths there, according to Yemen’s government, although that number is likely to be higher.

Photo provided by Ali Alwahabi Ali Alwahabi’s 3-year-old daughter, pictured above, suffers from asthma and other breathing-related complications. She is trapped in Yemen with two siblings and her mother.

Just a few miles away in Dearborn, Michigan, 40-year-old Soumiha Alwahibi calls her mother in Yemen every day. Her mother, a 55-year-old green card holder, went to Yemen in November 2018 to visit her husband and other children, who are unable to visit her in the U.S. due to the travel ban.

Alwahibi’s mother decided to extend her trip to spend time with her family since they could not visit her in the U.S. Their visa applications have been in limbo since the travel ban.

Her mother, who suffers from severe arthritis, developed a new injury in her knees. The doctors in Yemen told her she needed to undergo surgery to replace them. Due to the lack of medical resources in Yemen, Alwahibi’s mother decided to return to the U.S. for the surgery, but then the pandemic occurred. She’s been stuck there since.

“I’m starting to panic because I don’t want her to lose her,” said Alwahibi, who is concerned about the spread of diseases in a country that barely has the medical infrastructure to keep up.

“Yemen is always forgotten. Yemen is the last country that [the U.S. government] will think about, and now it’s getting worse with the war and the pandemic,” she added. “I really need my mom to be here with me, and I’m sure all the families that are in the United States want to be reunited with their families.” 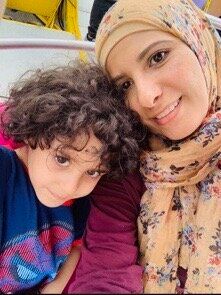 But Alghazali, who by then had become pregnant, was unable to return when her March flight back to New York was canceled due to COVID-19. Yemen had sealed off its borders in an effort to contain the outbreak.

Alghazali was desperate to return to the U.S. before her July due date, but she was too late. On June 16, six weeks prior to her due date, she woke up at 5:30 in the morning to loud gunfire and rockets over her apartment. She was in labor.

“It was the worst day of my life,” Alghazali told HuffPost from Yemen’s capital, where she’s staying. She worried her baby was going to die.

When she finally got to the hospital, the medical staff didn’t have any pain medications to give her. Barely two hours after giving birth, she was forced to leave the hospital, which was at full capacity. They needed to make space for other patients, they told her.

To complicate matters further, Alghazali was unable to take repatriation flights out of Yemen that left on June 28 and July 1 because her newborn son did not have a U.S. passport. She was unable to get one for him since the U.S. Embassy there closed down during the height of the war in 2015.

We’re supposed to be the superpower of the world and our citizens, our government can’t do anything for them. Izdehar Alghazali, whose daughter and grandchildren are trapped in Yemen

“Cases involving U.S. citizens in Yemen and other areas where we are unable to provide routine consular services are extremely complex, particularly with the ongoing pandemic,” the State Department spokesperson told HuffPost.

The spokesperson added that the birth of a child should be “reported to the nearest U.S. embassy or consulate as soon as possible once the borders re-open” so travel documents can be issued. Alghazali still has no way to leave Yemen without a travel document for her newborn son.

Frustrated with the lack of help, Alghazali’s mother, Izdehar Alghazali, has since reached out to U.S. embassies in neighboring countries including Djibouti, Saudi Arabia, Egypt and Jordan. Those embassies allegedly told her they could only help her daughter and grandchildren if they found their own way to their countries, but could not repatriate an American before prioritizing their own citizens. She’s also reached out to her representative, New York Rep. Nydia Velázquez, who responded but so far has not been able to help.

“We really don’t know what to do. There’s a lot of heartache and turmoil,” said Alghazali’s mother. “We’re supposed to be the superpower of the world and our citizens, our government can’t do anything for them.”

Alghazali said she is surviving thanks to the kindness of her neighbors, who have helped her with food and her baby. She isn’t able to leave her home and has no family left in Yemen. She only receives a few hours of electricity a day and her kids are constantly getting ill from the lack of clean food and water. She doesn’t know how much longer she can survive like this, she told HuffPost over the phone from Yemen.

“I’m really suffering here. This is really hard and difficult for my family,” Alghazali said. “I want to go back. Why is the American government not moving? They have to do something.”

Running Out Of Time

When Adel Al Bahrmi was awarded a U.S. visa through the diversity visa lottery in 2017, it was his chance for a new life. A Yemeni immigrant, Al Bahrmi was at the tail end of his immigration process when the Muslim ban came down. His wife’s visa was delayed indefinitely.

So Al Bahrmi took their five children, all under the age of 17 at the time, to the U.S. in hopes that this wife would be cleared to join them soon.

Two years later, she was still entangled in the immigration process. Al Bahrmi, who works two jobs, was unable to care for his five children full-time. He had no choice but to send them back to Yemen. He secured travel documents that allowed his children to stay outside the U.S. for no longer than two years in order to maintain their green card residency, and in 2018, they returned to Yemen. 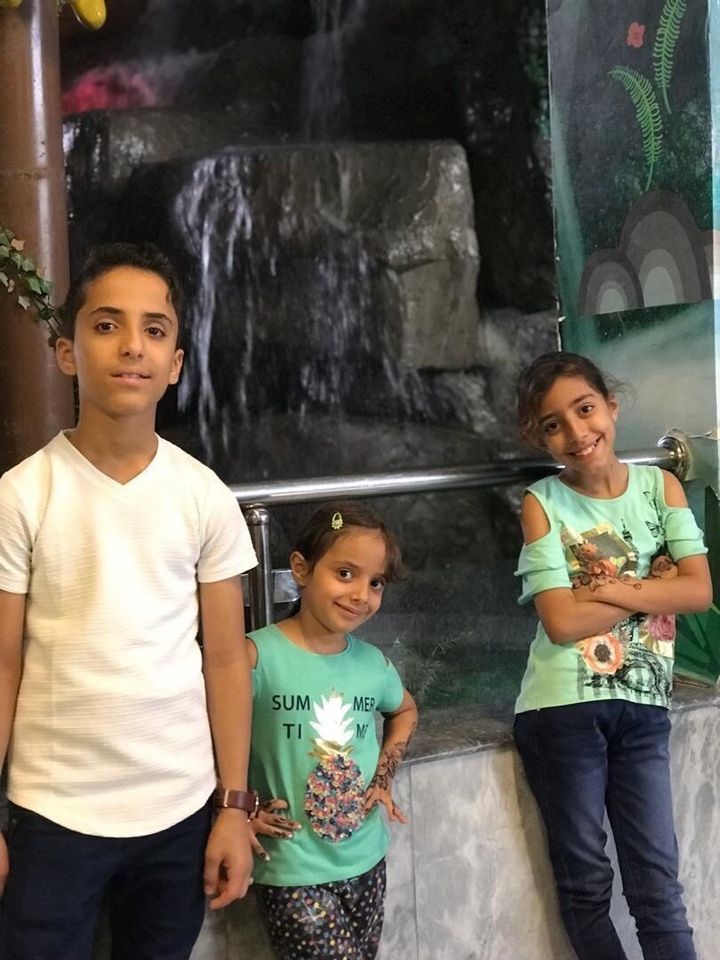 Photo provided by Adel Al Bahrmi Adel Al Bahrmi’s children are green card holders currently in Yemen. Their U.S. residency is at risk if they don’t return back in time.

With no new updates on his wife’s case, Al Bahrmi needed to bring his children back to the U.S. to continue with their residency applications. But his plans were thwarted when the pandemic shut down airports in Yemen and across the globe.

With their U.S. visas set to expire this year, his children may lose their chance at American citizenship — and for Al Bahrmi, that means the possibility of losing everything he worked so hard for.

“My family has been broken up for nearly four years,” he said. “I have hope in God and in the people who advocate for me to find any sort of way for my family and my wife to come home together.” 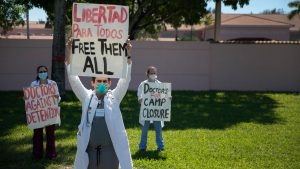 The COVID-19 Crisis Is Exploding Inside ICE Detention Centers 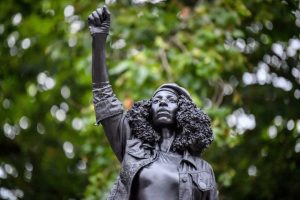