The most promising treatments for COVID-19 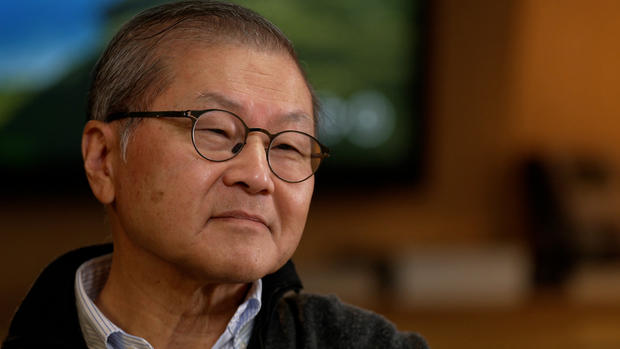 The president, on Wednesday, emerged from the White House hotspot to announce what he called a cure for COVID-19. With 23 days before the election, Mr. Trump said he became aware of the cure after ordering his doctors to give him an experimental drug. His idea, he said. No one but President Trump is claiming a cure for COVID-19. But labs around the world are racing to develop therapeutic drugs to reduce the severity of the disease. We’re going to tell you about some of the most promising leads for treating COVID-19, today.

Scott Pelley: The president said this past week that we shouldn’t be afraid of the virus.

Dr. David Ho: Well, I think we should be fearful of what this virus could do to an infected person. Over a million people have died. And over 200,000 Americans have died. We have to give this virus its due respect.

If you don’t know the name David Ho, your memory is too short. Dr. Ho led the team in the 1990’s that created the cocktail of drugs that made HIV/AIDS survivable even though there’s still no vaccine.

His lab at Columbia University was still focused on HIV/AIDS until COVID-19.

Dr. David Ho: You could say it’s now worse than ever with about 100,000 new cases per day worldwide. So, we don’t have it under control.

Ho’s team moved into dorms vacated by students who are studying at home so they could work 24/7 on monoclonal antibodies — a complex name for a simple idea. A COVID patient’s immune system creates antibodies to attack the virus. Those antibodies can be harvested, cloned and reproduced in the billions.

Dr. David Ho: For example, we could clone out 250-some antibodies from five infected persons. And then just systematically characterize them in the laboratory to see which ones have the best properties in terms of neutralizing or inactivating the virus.

Scott Pelley: How effective have monoclonal antibodies been?

Dr. David Ho: They are promising. There are two front-runners who have developed antibody. One is Lilly– Eli Lilly and Company. And the other is Regeneron. And the president received the Regeneron product. These are very powerful antibodies. And both Lilly and Regeneron have reported promising preliminary results. But I must emphasize, preliminary.

President Trump in White House video: It’s a cure for me. I walked in. I didn’t feel good. A short 24 hours later, I was feeling great.

It was antibody therapy from Regeneron Pharmaceuticals that Mr. Trump called a cure. But the facts are these. Last month, Regeneron and the Eli Lilly company reported early results. In a small group of 275 patients, Regeneron showed a modest reduction in virus. In 452 patients, Lilly’s antibodies reduced hospitalization from 6% to under 2%.

Scott Pelley: What will it take to have more confidence in the results for monoclonal antibodies?

Dr. David Ho: Well, these are ongoing studies. They, I think, are going to enroll thousands of these patients. They have only entered the clinic in June, July. So we need to give it more time.

Antibody clones are grown in massive tanks. Brewing millions of doses would be a vast industrial project and expensive. But if an antibody therapy is approved, each patient would likely need only one dose.

Dr. David Ho: The antibodies are generally just given as an infusion of over ten, 15 minutes intravenously.

Scott Pelley: Is it clear that the monoclonal antibodies are safe?

Dr. David Ho: Well, these two that have been administered now to a number of people, they don’t seem to have any side effects. And in general, monoclonal antibody therapies for cancer, inflammation and other diseases have been quite safe.

Now labs, including David Ho’s, are searching thousands of natural antibodies from patients to find lethal combinations against the virus.

Scott Pelley: As a physician, if you could only have one, would you rather have a vaccine or an effective therapeutic?

Dr. James Pruden: I’d rather have an effective therapeutic. 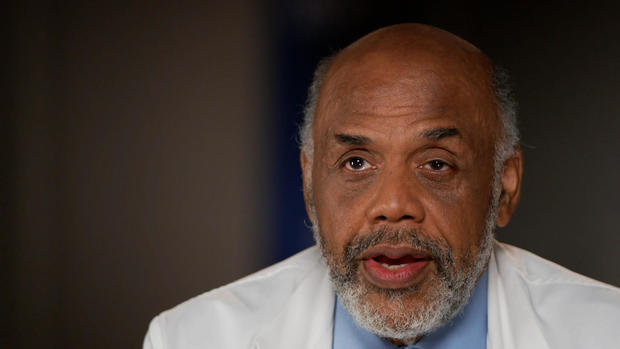 Few doctors know this disease as well as James Pruden, medical director of emergency preparedness for St. Joseph’s Hospital in Paterson, New Jersey. Last spring his hospital was overwhelmed with 456 COVID patients at once. The first one admitted was Dr. Pruden himself.

Dr. James Pruden: I got admitted to my own hospital — I’m one of the luckiest men on earth to be in a hospital where people are geared to do this — to resuscitate people and keep people alive.

The rate of death in the United States seven months ago was double what it is today, in part because in the early days so little was understood.

Dr. James Pruden: So it was a question of doing what you could, keeping this body alive while you tried to find out what protocol was working. And they did an excellent job. I was intubated twice. And I spent 31 days in the intense care unit. Lost about 80 pounds, could not roll over in bed on my own, could not sit up in bed on my own. And had the constant sense that I am not getting enough air.

Scott Pelley: And there was a sense of being hungry for oxygen.

Dr. James Pruden: This was a question of my body, no matter what I do, is not pulling in enough air. And the oxygen that they’re providing me is not giving me enough air and I need air. I need air, I need air.

Dr. Pruden was so sick, briefly, word spread in the hospital that he had died. In those early days, doctors didn’t understand that the virus attacks the whole body. And many become critically ill ten days after symptoms start.

Dr. Kevin Tracey: They can go from being pretty healthy to needing a ventilator in minutes to hours. 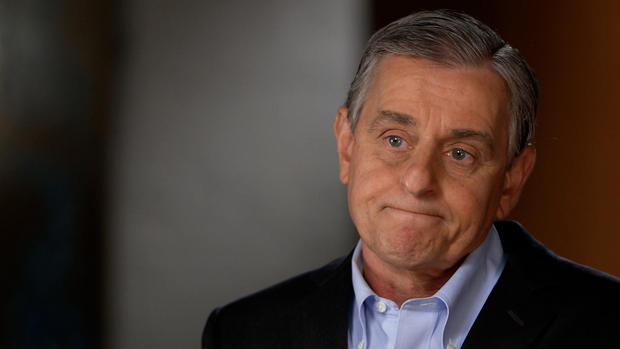 Scott Pelley: Why do those patients crash?

Dr. Kevin Tracey: This is still an area of debate, but there seems to be several things going on. One is the virus grows very quickly in cells like endothelial cells, which lie in blood vessels. And this can cause a massive amount of cell death and blood clotting. Blood clotting can cause strokes and dysfunction in the brain and heart. These things, the virus and the tissue damage, can activate an immune response.

The immune response in some spins out of control. The body produces far too many chemicals called cytokines.

Dr. Kevin Tracey: Cytokines are made by the immune system. Are not, by definition, bad. Low levels of cytokines are important for wound healing and for immune– protective immune responses. The problem comes when the brakes on the system fail.

Scott Pelley: Do we understand why that occurs?

Dr. Kevin Tracey: No. We do not understand why that occurs.

Overproduction of cytokines is lethal which is why the president and others are given steroids, to pump the brakes on the immune response. Steroids are among the therapies being studied in 3,500 clinical trials around the world, all targeting COVID-19.

Dr. Christina Brennan: In ten weeks, we enrolled 1,200 patients into clinical trials. We would enroll that in a year for all of our trials.

Dr. Christina Brennan oversees Northwell Health’s clinical trials which include another drug given to the president: Remdesivir.  It’s an antiviral developed in 2009 for hepatitis C, but it wasn’t effective. It was tried on ebola and, again, wasn’t useful. But with COVID-19 the results may be different.

Dr. Christina Brennan: So far, it really has shown that it, you know– decreasing the hospital length of stay. But we haven’t seen other effects that would say that it would cure COVID-19.

Scott Pelley: So it seems to make the patients better, makes their stay in the hospital a few days, perhaps, shorter, but hasn’t been shown to eradicate the virus? 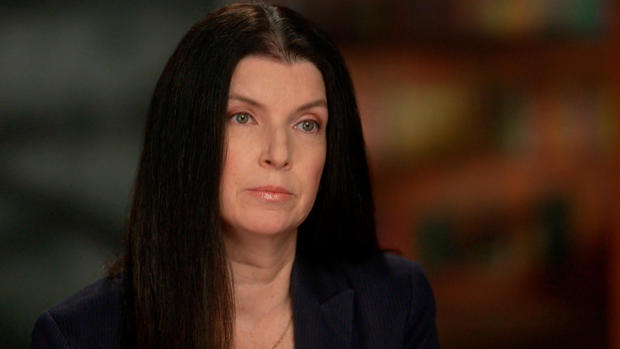 Dr. Brennan told us she had patients in a ten-day treatment of Remdesivir, but some went home in less than ten days. Encouraging, but not a magic bullet.

Scott Pelley: How long will it be before a person contracts COVID, they go to their doctor, they get a prescription, and they go home?

Dr. Kevin Tracey: I think that could happen within the next year or two. I think that day is inevitable. I think it’s also inevitable that we will have a vaccine. I don’t know the time course of either. It’s like a horse race. There will be a winner of the race, but to pick on one now is very, very difficult.

And whatever drugs are developed may not work long. The virus mutates constantly. Dr. David Ho told us already the virus has many strains.

Dr. David Ho: I think that’s just like what we learned from HIV. The virus will adapt and we will have to keep up with the virus.

Dr. Ho told us he has never seen the world’s labs dedicate themselves to a single disease as they have for COVID-19. But every doctor we asked answered this question the same way.

Scott Pelley: Would you rather have a mask or a vaccine?

Scott Pelley: All this attention is being paid to vaccines. Billions of dollars invested. And you’d rather have a mask. Why?

Dr. Christina Brennan: With our social distancing, wearing of the mask, the data’s already showing that it’s been effective. It’s, you know, cost savings, and it’s effective. And it can go a long way.

For a year or two the mask will likely be the most effective tool. There’s no cure, and no way to know whether the president was helped by Remdesivir or monoclonal antibodies or steroids.

We don’t know why Mr. Trump settled on the Regeneron antibody therapy as the one to call a cure. It may be worth noting that in his 2017 financial disclosure form, Regeneron is listed as a stock he received profits from. But Regeneron was not listed in his 2020 disclosure.

Scott Pelley: What did your colleagues here learn from treating you?

Dr. James Pruden: One of the things I’ve learned, they learned, is not to give up.

Dr. James Pruden, director of emergency preparedness at St. Joseph’s in New Jersey, was released after 33 days. He had to learn to walk again in physical therapy. 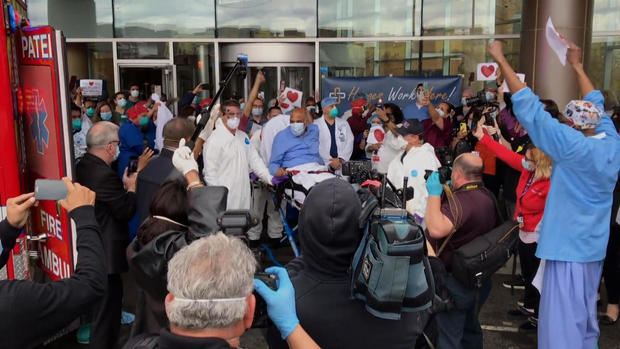 Dr. Pruden the day he got out of the hospital

Dr. James Pruden: It felt like love. And you never knew so many people cared. You know what I mean? That it was important to them that you come out. That’s what it felt like.

Dr. Pruden, and others, told us the medical community is much better prepared now in case of another surge in the fall.

Dr. James Pruden: We’re a lot smarter than we were seven months ago. We are still not outta the woods.

Scott Pelley: As a physician and as a patient, what do you say to your medical colleagues about this going forward?

Dr. James Pruden: What I say to the medical colleagues is learn resilience. Maintain physical strength. And your cognition. Think. Problem-solve. It’s not woe is me, but okay, how can I do it better the next time? And we can do it. There’s strength in this community. There’s strength in the world around us. Look at that strength and build on it. 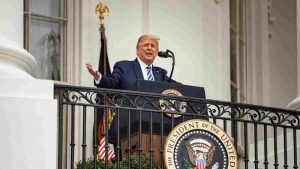 Trump's Doctor Says There's No 'Actively Replicating Virus' — So Is He COVID-19-Free? 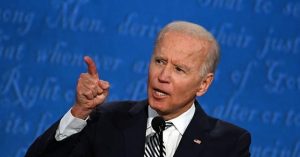 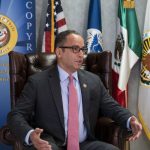 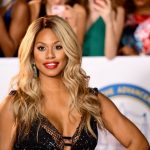 Laverne Cox Opens up about L.A. Transphobic Attack: 'It Never Fails to Be Shocking' 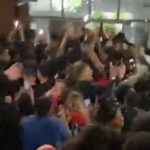 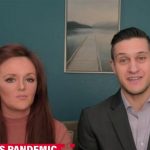