Leaked documents from an Iowa education agency’s mandatory critical race theory teacher training program show that it really is as bad as we thought. Maybe even a little worse.

In a chart obtained by Benny Johnson of Newsmax and Turning Point USA, items such as support for the “Make America Great Again” movement, denial of white privilege and denial of racism are listed as examples of overt racism and white supremacy.

The celebration of Columbus Day and the assumption that good intentions are enough (regarding racism) are considered examples of covert white supremacy.

This is done through MANDATORY Critical Race Theory training FORCED on teachers at taxpayer expense.

Although polls showed then-President Donald Trump trailing President Joe Biden by a significant margin in the final stretch of the 2020 campaign in the state, he managed to top Biden by 8.2 percent. As Johnson points out, that would mean 53.1 percent of Iowans fall into the category of “overt racists.”

Keep in mind this figure could be higher still if any individuals who did not vote for Trump deny their white privilege, deny they are racist, celebrate Columbus Day or check any of the other boxes identified on the chart.

Teachers of Iowa are being INSTRUCTED to classify the vast majority of Iowan children as Racist & White Supremacist.

Iowa is Trump country. Trump carried 94 out of 99 Iowa counties in 2020. The Republican Governor endorsed Trump. The Iowa Senate/House is solid Republican. pic.twitter.com/t9mhy30w1I

This is a ROCK SOLID, REAL WORLD application of Critical Race Theory being used as a *political* weapon to target Republicans.

This is NOT education.

It is naked political vengeance using the state education system and our children’s educators.

This training is CRT in practice pic.twitter.com/U4jaEZaVdU

On June 8, Republican Gov. Kim Reynolds signed a bill that prohibits critical race theory from being taught by government agencies or in public schools and universities in the state, according to WeAreIowa.com.

Reynolds issued a statement at the time that read, “Critical Race Theory is about labels and stereotypes, not education. It teaches kids that we should judge others based on race, gender or sexual identity, rather than the content of someone’s character. I am proud to have worked with the legislature to promote learning, not discriminatory indoctrination.”

One disgruntled Iowa teacher, Megan Geha, responded to this new legislation on TikTok — and her diatribe perfectly illustrates why this ideology is so dangerous and divisive and why it must be completely eradicated from American public school curriculums.

The Daily Caller’s Greg Price published Geha’s TikToks, which, for obvious reasons, quickly went viral. According to Price, Geha is a special education teacher at Des Moines East High School. Her username on the platform is “Ms. Magoo.”

In the first video, Geha appeared to be marching in a Juneteenth parade. In a sarcastic tone of voice, she told followers: “My governor has put into place some ridiculous legislation that many governors across the country have put in place, such as I can’t teach anything divisive, I can’t teach critical race theory and I can’t teach about racial equity.”

She then adopted a more conspiratorial tone and suggested teachers need to retaliate.

WARNING: The following video contains vulgar language that some viewers may find offensive.

According to The Iowa Torch, Reynolds signed a bill in May making it mandatory for public school students to recite the Pledge of Allegiance once every day. Also, an American flag must be placed in each classroom.

Apparently, this was more than Geha could bear.

Geha warned: “You’re going to be hearing from me a lot next year.”

You know when you hate someone without even meeting them? 👇🏻 pic.twitter.com/TlvwXFuxvv

In the video below, Geha discussed the demographics of her students.

“When my black students come into my classroom and see my Black Lives Matter posters, I don’t need to tell them.

Do you think this teacher should be fired?

“When my LGBTQ+ students come in and see my pride flag, I don’t need to tell them. Because they know that I have used my critical thinking skills” — she pointed to her brain — “and have decided to vote for whoever is on the side of fighting for human rights.”

I wonder how many special education students are LGBTQ+.

Geha also responded to a TikTok user who asked what she had done to battle racism other than just talking about it, and offered “a teachable moment” to someone who told her that the Nazis pushed “the same concept.”

“We need to tear the systems down” pic.twitter.com/cgrneM0mHG

It’s frightening that Geha and countless others have been allowed to teach this rubbish to public school students. These are the people educating kids on “the realities” of America. They must be stopped.

A backlash has begun, and it appears to be gaining steam. It’s encouraging to see parents and Republican lawmakers fighting back.

“Ms. Magoo” may have intended for her TikTok posts to go viral, but she probably could not have predicted the avalanche of negative responses and criticism she would receive.

That being said, it turns out that she’s presented Americans with a “teachable moment” of our own. We would be wise to pay attention.

Elizabeth is a contract writer at The Western Journal. Her articles have appeared on many conservative websites including RedState, Newsmax, The Federalist, Bongino.com, HotAir, Instapundit, MSN and RealClearPolitics.
Please follow Elizabeth on Twitter.

Elizabeth is a contract writer at The Western Journal. Her articles have appeared on many conservative websites including RedState, Newsmax, The Federalist, Bongino.com, HotAir, Instapundit, MSN and RealClearPolitics.
Please follow Elizabeth on Twitter. 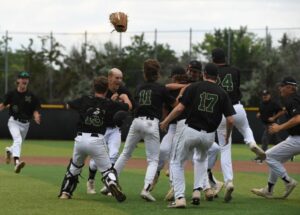 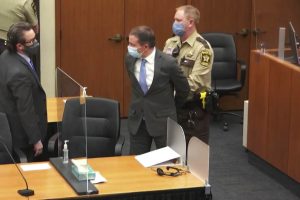 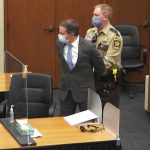 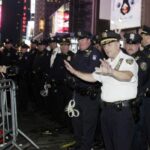