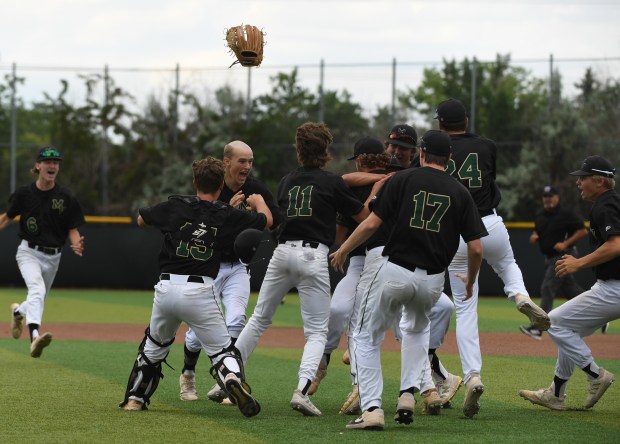 LAKEWOOD — Evan Magill was 90-plus pitches into his afternoon when he ran into a jam. The tying run of the Class 5A state championship game Friday was on second, with one out in the sixth. The Mountain Vista right-hander spiked a curveball, advancing the Valor Christian base runner to third.

Magill took a deep breath, then threw a curveball, and then another, and another, and, finally, a fifth. He got his second out, fanning Blake Wilson with the hook.

Magill worked out of the jam, striking out nine and allowing just three hits in 105 pitches in his six innings. The senior’s efforts led Mountain Vista to a 3-2 win over Valor Christian and the Golden Eagles’ second state title in four years at Keli McGregor Field.

“I coached Evan’s brother, and I’ve known that family. I’m super proud of him, and I tip my cap to him,” Valor Christian head coach Keith Wahl said.

The Eagles won earlier Friday, hanging on against Fairview, 6-4, to push them into the title game.

Coming off that emotional victory, the Eagles soared in the first inning. Radek Birkholz singled with one out, and Caden Porter walked. Up came Wilson with two outs, and he gapped a ball into the outfield for a two-run double.

Mountain Vista responded with a run, making use of a Canon Humphreys walk with a Tyler Mejia RBI double off Valor’s Ben Whipple.

TJ Meyn singled to start the second inning, but two strikeouts and a flyout stranded him. In the bottom half, Mountain Vista made the most of Valor’s mistakes. Vista’s Travis Sprinkle started with a leadoff single followed by a walk to Trey Dunn. Each scored on wild pitches by Whipple.

Magill left another runner on in the third, then retired eight straight. In the sixth he was forced to field a one-out dribbler to the mound from Kenan Elarton. His lighting bolt throw to first was missed by Sprinkle, and Elarton took second.

Wahl used Josh Genuario as a pinch-runner and he took third on a wild pitch.

“I clicked. I realized that that’s not how I wanted to do it,” Magill said. “Let’s get her done…. We’re a little not focused right now; we’re a little nervous.”

The wild pitch allowed Magill to go back into the windup, where he thrived. His fifth straight curveball on a 2-2 count got Wilson swinging.

“I did a lot of shakes-offs, some of them fastballs because I was not gonna let him get a hit,” Magill said.

Magill got Campbell Credeur to pop out to the right side amid a strong wind for the final out in the sixth.

Griffin Huiatt set Valor down in order in the seventh, and he and Magill captured their second state titles.

“I’ve probably played over 150 games with Evan,” Huiatt said. “The biggest thing for me was I just wanted to get him the win.” 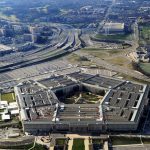 What is karaoke like now? Navigating L.A.'s reopening with 'Good Trouble's' Sherry Cola